Games can teach us useful skills. In fact, one of the people responsible for some of Hollywood’s best genitalia- and marijuana-related jokes over the last few years learned how to get around one of the biggest cities in the U.S. thanks to a PlayStation 2-era crime simulator. 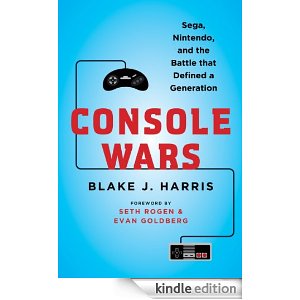 In the foreword for the upcoming book Console Wars: Sega, Nintendo, and the Battle That Defined a Generation from Blake J. Harris, Superbad scribe Seth Rogen (who also starred in flicks like Knocked Up) revealed that he relied on the 2003 release True Crime: Streets of L.A. to teach his friend and co-writer, Evan Goldberg, how to get around the city. Goldberg grew up in Vancouver and didn’t move to Los Angeles until the mid-2000s. True Crime, which plays similarly to the open-world shooter Grand Theft Auto, features a fairly accurate portrayal of L.A. That includes the highways and many of the side streets that Californians travel every day.

“Remember when [Silicon Valley co-star] Martin Starr and I taught you to drive around L.A. when you first moved here by playing the game True Crime: Streets of L.A.,” Rogen wrote in the book. “Because it had a realistic map of Los Angeles?”

“That was sincerely helpful,” wrote Goldberg. “It’s crazy how they started doing stuff like that.”

The rest of the foreword devolves into the team predicting that the war between Sega and Nintendo began an inevitable march toward robots taking over humanity, as the computer Skynet does in the film Terminator.

Console Wars itself is an upcoming narrative account of the battle between Sega and Nintendo during the 1990s. Author Blake Harris conducted hundreds of interviews with the decision makers at the time to find out what each company was thinking and what they thought of each other. Harris will also go on to direct a documentary film based on his book.