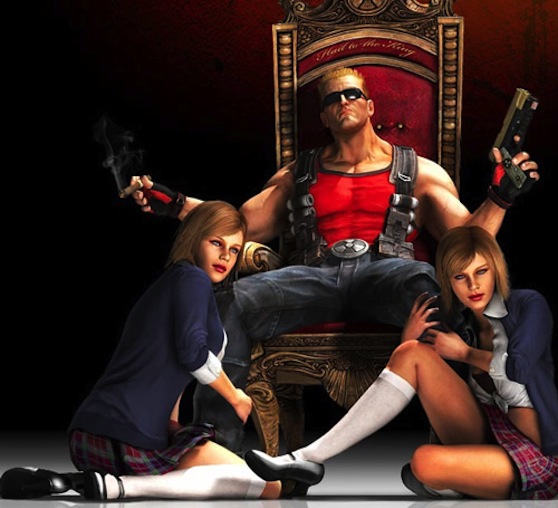 [Updated] Jane McGonigal, author of bestseller Reality is Broken: Why Games Make Us Happy and How They Can Change the World, was one of the more vocal developers on Twitter. She told GamesBeat, “Twitter was the perfect medium for something like #1reasonwhy to happen. On one hand, it feels brave to speak out on Twitter, because you are standing publicly behind your story. It’s not anonymous or behind closed doors. You’re putting your social and professional reputation on the line. There’s a face, there’s a name, your real-life friends and colleagues are going to see your testimony.”

She added,”I think it was freeing to just be able to say one thing, just one reason why. You don’t have to document a whole history, you don’t have to consider every angle. You can just share one thing that is true for you. That made it for me, certainly, feel suddenly it was more possible to participate in this conversation. And watching it pick up so much steam — all it takes is to see one friend or colleague speak the truth about their own experience, and you feel empowered and inspired to do the same.”

[Original story] Women in the gaming world are expressing through Tweets why there are so few females in the industry.

Luke Crane, who works as the games project specialist at crowdfunding site Kickstarter and self-publishes role-playing games, asked, “Why are there so few lady game creators?”

This sparked a wave of replies (via the hashtag #1reasonwhy) from women in the industry, with their first-hand accounts of sexism they have encountered in the business.

Here are just a few of the Tweets we read:

#1reasonwhy Because a company celebrated their launch party w/pole dancers as “a display of feminine strength,” not, ya know, weightlifting.

#1reasonwhy RT @br: The trolls better bring their A-game. You can’t be worse than some producers I’ve worked with.

Because we can’t even complain about sexism in the gaming industry without men complaining that we’re complaining. #1reasonwhy

#1ReasonWhy because men dont see this as their fight too. Even the “good” ones wont stand up and say something

Because too many industry events feature half-naked women as eye candyfor “networking”. #1reasonwhy

RT @janetharvey because I’d like you to ask my opinion as a designer, not only ask me what I think when you want to “pink it up” #1reasonwhy

When announcing MY new game, an industry publication referred to me in the headline not by my name but as John Romero’s wife. #1reasonwhy

Interestingly, that last Tweet led to an apology by the person who wrote the article. He explained that he felt that John Romero’s name resonated more with gaming fans.

There is also a hashtag for #1reasontobe. It consists mostly of women in the industry explaining why they work in the games business:

#1reasontobe Because most men in the industry are accepting/inclusive/supportive. Don’t let the bad apples dissuade you from going for it.

#1reasontobe I stayed at #BioWare so long (6 years) was because I had the best boss in the world. A woman named Shauna Perry.

#1reasontobe Games are the most inspiring and imaginative projects you will ever work on, with the most creative people

Because no one is going to take my dream away. #1reasontobe

#1ReasonToBe in the games industry? I can’t think of a better use of my time than working toward more diversity and inclusivity.

#1ReasonToBe Because all the trolls in the world won’t spoil the awesomeness of working with amazing people on equally amazing games.

#1reasontobe Because, hey, if you want it to change, you’re going to have to be part of that change – no one else will do it for you.

Perhaps not but raising awareness can.

Gaming, both in the industry and as a pastime, is mostly dominated by men. The booth babes of the Electronic Entertainment Expo game-industry trade show not only help reaffirm that but also lend to the stereotype of that single, girl-hungry male gamer.

Regardless, there is a lot more sexism going on than I think any of us were ever aware of.