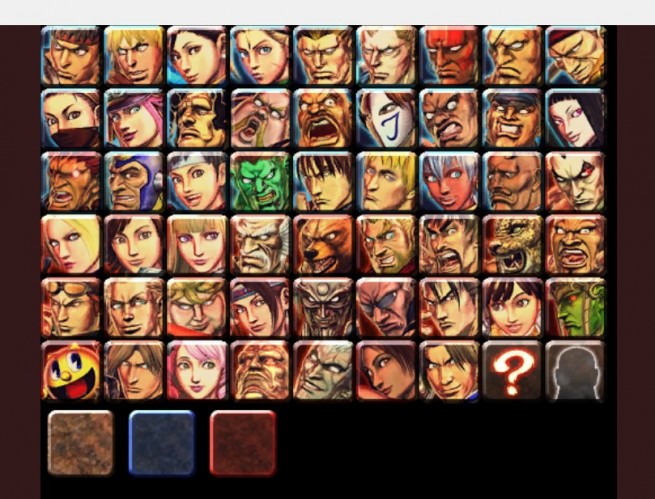 While Mass Effect 3 is taking the lion’s share of lashback over shady business practices this week, Capcom has also found themselves on the wrong end of fan criticism. The highly anticipated crossover, Street Fighter X Tekken, released yesterday alongside Mass Effect 3, only the excitement was soon met with outrage when it was revealed that the 14 previously announced DLC characters (including Pac-Man and Mega Man) were already included on the disc.

This means that the content Capcom expects you to pay for much later this year is already complete and exists on the disc that you just paid $60 for. Capcom’s justification is to ensure synchronicity between players who own the DLC and do not, and to save hard drive space….

Video proof of the characters in action can be seen below:

Street Fighter X Tekken is also lacking the ability for two local players to take the fight online, despite conflicting information in the game’s manual. This limitation applies only to the Xbox 360 version, and Capcom Senior Vice-President Christian Svensson explained the reasoning behind this:

“It will not planned [sic] to be patched and apologies for the manual inclusion. Seems it was an oversight. The difference has to do with how XBL differs from how it handles online and offline accounts.”

Svensson went on to say that the team explained the reason “is because of the architecture differences between gamertags and PSN IDs. I’m not sure of the technical details, but basically it amounts to: Sony made it so you can mix and match online and offline, and Microsoft made it so you can’t.”

He then added that he was digging into the explanation as he was “also confused by it.”

While I get what he’s saying, I’m fairly certain that information is false. I have played plenty of games (including Call of Duty and Gears of War) that allow one logged-in player to bring a guest online for multiplayer matches.

Two other features–the ability to edit Quick Combos and additional colors for character customization (there is only white and black right now)–are also missing from the launch version. Capcom told GamesBeat that it does not currently have an ETA on when those features will be patched in.

It’s unfortunate such a great game is yet again being marred by a slew of unquestionably poor business decisions on Capcom’s part. The company also experienced similar feedback with Ultimate Marvel vs. Capcom 3 and Street Fighter IV DLC. We have withheld our final review for Street Fighter X Tekken to take these new developments into consideration, and will post it up shortly.