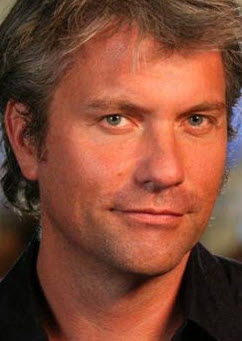 Above: Chris DeWolfe, CEO of SGN

SGN, the Los Angeles-based social and mobile gaming firm, wants to hire you. Headed by MySpace co-founder Chris DeWolfe, the company has ambitions to accelerate its growth and hire 30 people in addition to its staff of 100 this year.

The growth is possible because the company is projecting that its revenue will grow to above $50 million for 2013.

Bankrolled by venture capital firm Austin Ventures, SGN has already grown through four acquisitions. Now the company is beefing up its own internal development of mobile games in the post-recession era for Los Angeles, which has become a big tech hub.

The company is pulling out the steps to aggressively hire its “all-star team.” Admittedly, with games like Fluff Friends Rescue, SGN is going to have trouble hiring game developers away from Activision’s various Call of Duty studios in Los Angeles. But everybody else is fair game. Big game companies such as Zynga and Electronic Arts have recently shed employees, so SGN is targeting some of those industry veterans.

The company already has staff across LA, San Francisco, New York, and Buenos Aires. SGN has a scientific approach to game development, and it publishes on multiple platforms. The available positions are in both creative and technical jobs, including game design, production, product management, and engineering.

SGN’s most recent acquisition occurred in June with the purchase of San Diego-based developer Mob Science. It has also hired people from Zynga, Playtika, Storm8, and EA. SGN started as MindJolt Games and changed its name to SGN after it acquired a company with that name. It now publishes games on Facebook, Android, iOS, and Amazon. Its top titles include Bingo Blingo and Panda Jam.

“The state of the mobile and social gaming industry is better than ever, and the proof is in our rapid growth. We cannot hire fast enough,” said DeWolfe. “The goal is to gather a ‘dream team’ of developers so we can continue to bring the best games to market at a much faster rate.”