I’ve just started playing the Shadow of the Colossus remake on PlayStation 4 Pro, and I’m worried that the game has lost some of its magic in the translation to its new ultra HD resolution.

Developer Bluepoint Games rebuilt the new version of Shadow of the Colossus from the ground up — it’s not just an enhanced port. And, technically speaking, it all looks stunning and cinematic. You can see what I mean in the video I captured at the top of this story. That is 4K footage of the game’s introductory 15 minutes. I’m curious about whether other people who played the original Shadow of the Colossus — or even the PS3 upgrade — will agree that something is missing in the remake.

To be fair, any Shadow of the Colossus remake is going up against my memories of the PlayStation 2 original. That 2005 release was one of the biggest exclusives for Sony’s second home console, and it was the game that finally got me to buy the system. When I think back to playing it, Shadow of the Colossus always had this ethereal dream-like quality to it. And I think the issue here is that the remake doesn’t “look as good as it does in my memories” — it absolutely looks better.

The original game had this beautiful quality to it that felt impossible for the PlayStation 2. It was like these perfect, lifelife animations were trying to break out of their standard-definition prisons. This created a soft, shimmery quality to every thing in the world. I remember the horse’s mane whipping in the wind, and it was like peering into another dimension that my eyes could properly focus on.

I loved it. Shadow of the Colossus couldn’t look any better to me than it did on the PS2 — even with the inconsistent framerate. That’s one of the reasons I didn’t play the PS3 game. I didn’t need a remaster.

And I think the remake is confirming that was the case for me. This new take on Shadow of the Colossus is crystal clear. Textures, the hero, the horse, and the colossi no longer see like they exist between realities. It is just another place, with another regular horse, with giant monsters that almost look … boring.

And I can’t help but notice how weird the hero looks now. 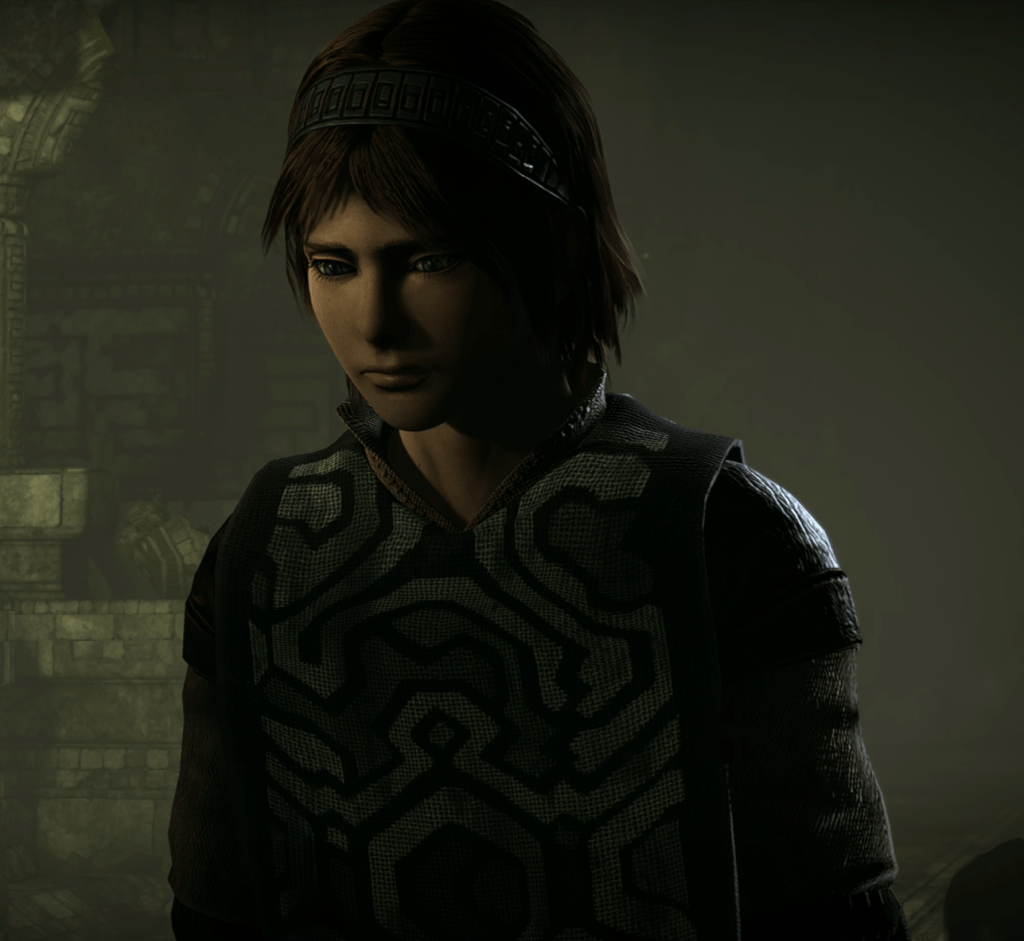 Above: I hate my digital son.

I’m going to keep playing. These are my earliest impressions. I want to give Shadow of the Colossus a fair chance to reestablish itself as a new experience on the PS4. And, of course, I’m not sure that “it looks too good” is something that will turn off potential new fans.

But yeah … nostalgia is real.