One of the big games of the Electronic Entertainment Expo (E3) next week will be the new Lara Croft adventure, Shadow of the Tomb Raider, which debuts on September 14 on the PC and the consoles.

Lara Croft is in a world of trouble in Shadow of the Tomb Raider, the third installment in the rebooted Tomb Raider series from Square Enix. She is in a race to beat Trinity, the organization that killed her father, in a race to uncover a Mayan secret. In her ambition to beat them, she causes what could be a world-ending catastrophe. Rather than stay and help those who are immediately suffering, as her friend Jonah does, Lara wants to set out in pursuit of Trinity and to fix her mistake. That causes a rift with Jonah, and it sets up Lara’s interesting clash with light and darkness in Shadow of the Tomb Raider.

I had a chance to play an extended demo of the game in advance of E3, and I liked this little thing that Eidos Montreal has remembered in crafting this tale: Character development. It matters, and so does a good story. I talked about that with Jill Murray, lead writer for the game at Eidos Montreal, and Chris Johnston, brand manager at Crystal Dynamics.

As I played through a stealth jungle level and then survived a cataclysmic flood that Lara had apparently caused, I started wondering about Lara. Was she the vulnerable young woman from the 2013 reboot, the more confident warrior in Rise of the Tomb Raider, or was she evolving into an overly confident scoundrel with too much swagger? Hopefully we’re not at that latter part yet, and Lara still has a thing or two to learn. One thing is for sure though. Murray says it’s quite humbling for Lara to make a mistake that causes the world to end. 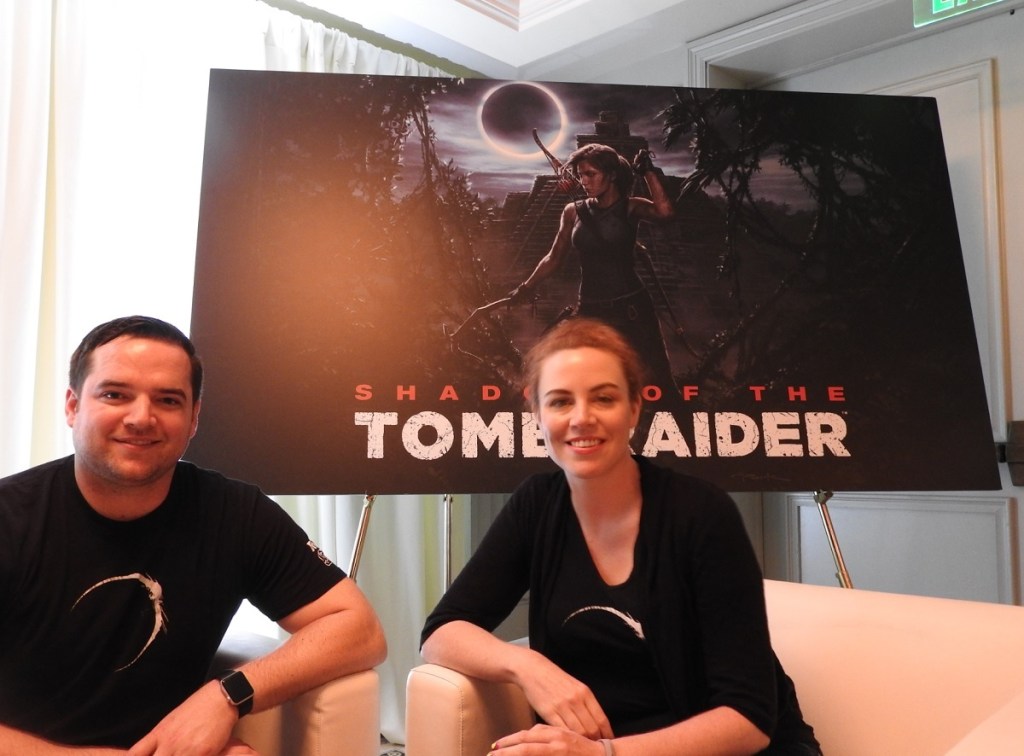 Above: Chris Johnston and Jill Murray talk about Shadow of the Tomb Raider.

GamesBeat: One thing that’s interesting to me — the rebooted Lara in Tomb Raider was much more vulnerable, less cocky, I guess more likable? Where she winds up in things like the movies is pretty cocky and maybe less likable. Is there a transition here, where we get from one to the other? Whereabouts are we in that transition?

Chris Johnston: There are two very different canons we’re talking about. What’s important to recognize is this is our modern, relatable origin story that we started with Tomb Raider 2013. We can expect a similar style of finish with Shadow of the Tomb Raider, where she’ll become a
modern, relatable version of what the Tomb Raider is. That’s part of what this game is all about. “Tomb Raider” is kind of an abstract term. We’re going to show players, through Lara’s eyes, what it means to become the Tomb Raider.

GamesBeat: What are some words you’d use to describe her now, in the third game, versus where she’s been?

Johnston: She’s definitely less vulnerable than she’s ever been. In Tomb Raider 2013 she was thrown into this situation where she was being very reactive. In Rise of the Tomb Raider she became more proactive. She went on her first expedition. In this game, this is the most capable and calculating Lara players have ever seen in the modern version of the series. Other words like “obsessed” and “driven” are ones we use quite frequently. She’s wanting to stop Trinity, the organization responsible for killing her father, as well as this world-ending apocalypse she kicked off.

Jill Murray: For this game specifically, I’d say “conflicted.” We also see her at the end of this trilogy, at the height of her power, realizing that she’s just at the beginning of her journey as far as what she can learn. 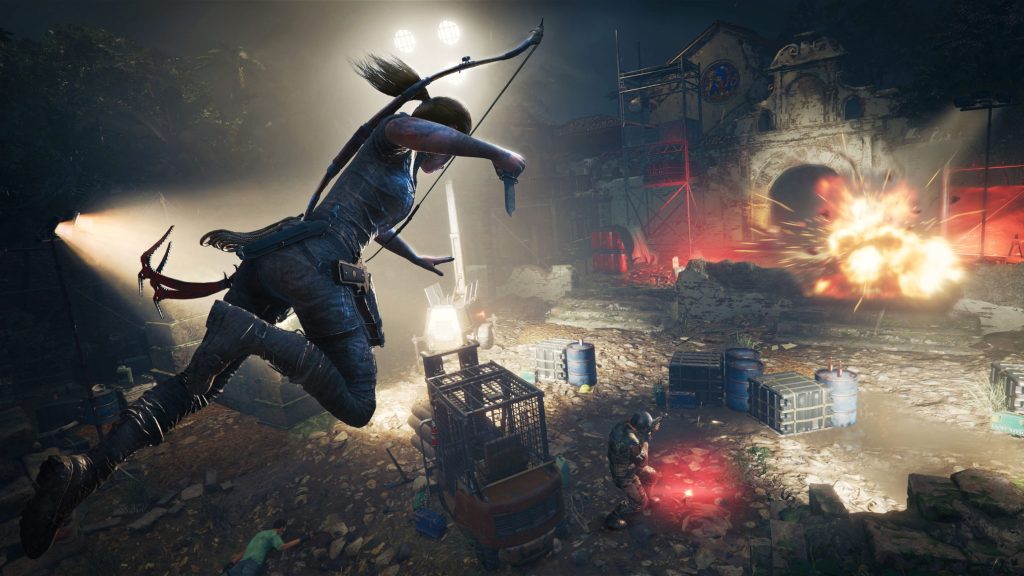 GamesBeat: In playing through this episode here, it reminded me of the old Spider-Man line about power and responsibility. She just screwed up the world.

Johnston: That’s what she’s beginning to understand. With the more power that she has, she’s more capable now. Her decisions have much greater impact, and this time, a world-ending impact.

GamesBeat: Is there a particular direction you wanted to take her in the writing this time? The first game could be described as a coming-of-age story. I don’t know how far along in this change or transition she is now.

Murray: This being the third game, there’s already a very solid foundation established. We have a lot of freedom to look at what’s already been done and take on maybe some of the kind of storytelling that wasn’t available in previous games, where they were trying to set everything up. We have a more emotional story. It’s more character-driven. Obviously we still have the big set-piece moments, but the way the characters arrive at them is true to their relationships and their motivations, waxing and waning and everything that happens between them. 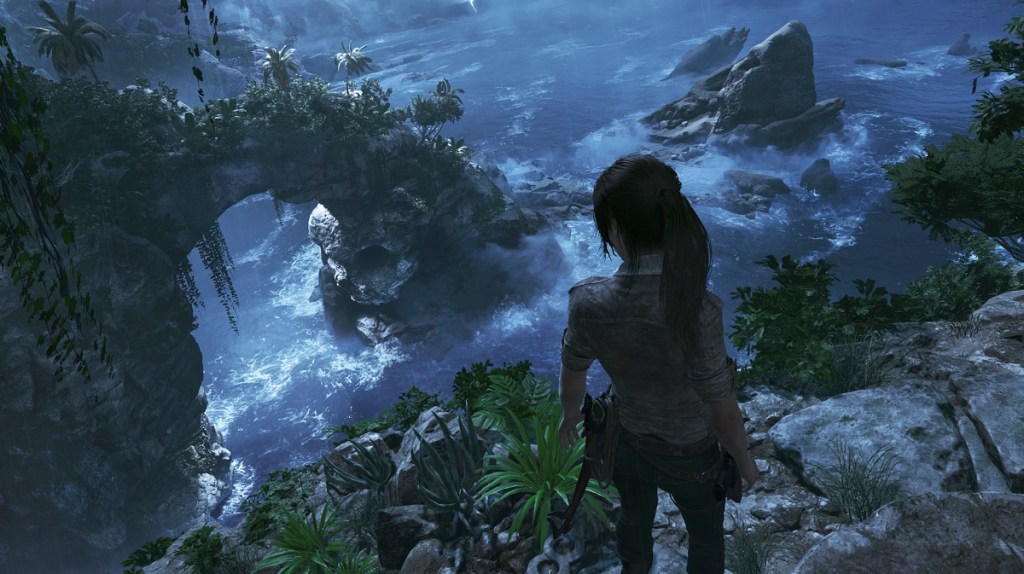 GamesBeat: Even though she’s at the peak of her abilities, she’s not necessarily the swaggering type.

Murray: No. Very early in the game, she’s brought to confront the reality that she may have personally set off a world-ending apocalypse.

GamesBeat: Are there other reasons you didn’t want to go that route? You seem to have set it up with some deliberate intent that she doesn’t become that sort of character here.

Murray: One of the things that we’re playing with in that moment—her self-centeredness, which obviously mirrors the player’s self-centeredness—it’s hard to get inside our own point of view. Is she the center of everything? Does everything depend on her? It’s a double-edged sword, because maybe everything isn’t her fault. Maybe she doesn’t have the power to fix everything. Which would be worse? Would it be worse if it was her fault, or if she wasn’t that powerful? She’s struggling to see, am I on the road to becoming more like the enemy I hate? Am I going to be able to figure out what to do with this, how to work with these people and find another way forward? 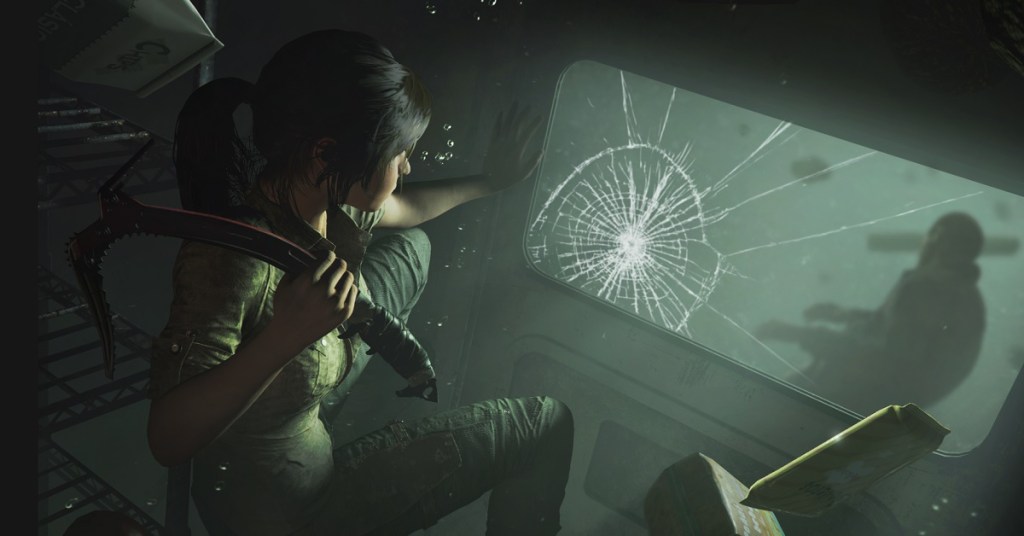 GamesBeat: You’ve talked about how this is perhaps darker, more serious. Things that are happening in the game—it’s not much of a comedy.

Johnston: We’re seeing some particular parts of the game in what you’ve seen so far. You’re experiencing Lara’s lowest lows, and ultimately allowing you to appreciate more of the highest highs. But there are sections of the game where we allow players to explore this huge living
world, take on a bunch of side missions, side content. There’s a lot of stuff to do in these spaces. It’s also a chance for us to show players the character that Lara is as she interacts with this world.