Shawn Layden and Mark Cerny deserve a lot of the credit for why Sony’s PlayStation 4 is sitting at the top of the console war. While the Nintendo Switch is giving them a run for their money now, it went on sale much later, and it is still making up for Nintendo’s failure with the Wii U. The PS4 has sold more than 80 million units, and it is beating Microsoft’s Xbox One family by two-to-one.

That success was years in the making. Cerny was the architect of the PS4, a leader among developers who took back control of the console business. And Cerny has also led the development of Knack and Knack 2, two games that were meant to show off the PS4’s capabilities.

Layden is chairman of the worldwide studios for Sony’s first-party game development — or titles that are internally produced as exclusives for the PS4. He is in charge of 2,500 to 3,000 developers at 13 Sony-owned studios making titles, such as God of War.

Layden and Cerny talked about their experiences — from stopping games in mid-development to Sony’s Icarus moment with the PlayStation 3 — in a fireside chat at the recent Gamelab event in Barcelona. Here’s an edited transcript of the fireside chat. 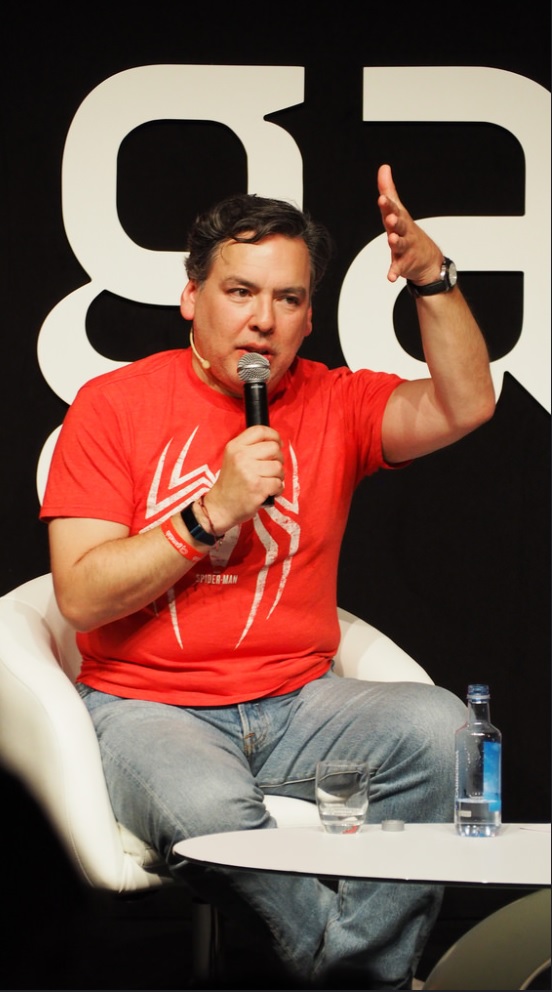 Mark Cerny: Most of you think of Shawn, perhaps, as the guy who gets on stage at E3 in a Crash Bandicoot t-shirt and talks about the upcoming games. Of course, Shawn does that in his role of chairman at Worldwide Studios. Perhaps 2,000 or 3,000 developers work for Shawn. But there’s this other story that hasn’t been told.

Shawn’s been at Sony for more than 30 years. He has an incredibly diverse background, perhaps the most diverse background at PlayStation. He’s worked in Europe, the states, and Japan. He’s been on the business side, the game side, the network side. To jump right into it, what was your first role at Sony? When was that? That was another century, I think?

Shawn Layden: Yes, it was, the last century. I began my career at Sony in 1987. I went to their corporate headquarters, directly to Tokyo, because the only saleable skill I learned in college was to speak Japanese. I was able to get a job in Tokyo, working in corporate communications for Sony when the company was transforming itself from a consumer electronics company and breaking into the entertainment business.

Shortly after joining, the company bought CBS Records out of New York. About 12 months later, it bought Columbia Pictures, trying to create a synergistic program around creating audio and video equipment and also holding audio and video content. It was a great move by Sony. I think Sony is still now the only company that’s deeply invested in both entertainment and in electronics. I stayed there for probably — I was in the corporate gig until 1996. In 1996, I was friends with the guy who was president of Sony Computer Entertainment. He was looking to build up his teams, and he asked me to jump over and get into the video game business.

I told him truthfully at the time, “I’ve been in corporate for nine years. I don’t know anything about video games, other than that I play them.” He says, “That’s OK. Nobody knows anything here.” Sony was just starting out in the game business at the time, with the PlayStation.

Cerny: When you started out, I believe you were working directly with the co-founder of Sony. Is that right?

Layden: Right. I did the corporate communications gig for about three years, and then, we bought the record and the movie companies. The founder of Sony, a gentleman named Akio Morita, asked me to be his secretary. He has 14 secretaries, so it wasn’t that special. But yes, I did work for him as his speechwriter and his international aide. I spent five years going around the world with him. It was a fantastic experience. That put me in a position, then, when the video game opportunity came around — Mr. Morita had sadly fallen ill. He was no longer the CEO of Sony, and it was time to transition to something else.

PlayStation provided that opportunity. I joined in May 1996. I’d been at PlayStation for about five days, and my boss at the time came over and said to me, “Are you going to E3? You need to go to E3. I’ll take care of that.” I turned to my colleagues and had to ask them, “Hey, what’s E3?” “It’s this big show in Los Angeles.” “When is that?” “Next Monday.” “How do I get a plane ticket?” I had to do all these things in a matter of about 48 hours to get myself to the 1996 E3. That’s when my roller coaster ride through gaming began. It was a crazy time.

Cerny: Your challenge, if I understand it, was to sell to Western games in Japan. What could go wrong?

Layden: [Laughs] Those of [you] who are old enough, or who read history, [know] there’s a platform called the PlayStation. At that time, Japanese developers were just crushing it. Games like Tekken and Ridge Racer and of course Final Fantasy VII. I had the job, in Tokyo, of taking Western games and bringing them to the Japanese market. Trying to say, “Forget Tekken! You want Mortal Kombat! Forget Ridge Racer! You want Destruction Derby!” It was a hard slog.

I say this with no offense to my European and American counterparts who made those games and made a fortune in their own countries, but bringing them to Japan was impossible. Western games just could not catch on. Probably the biggest-selling Western game I was able to work on in Japan was Formula One. Japan has a huge Formula One fan base. But even that was only about 500,000 units. 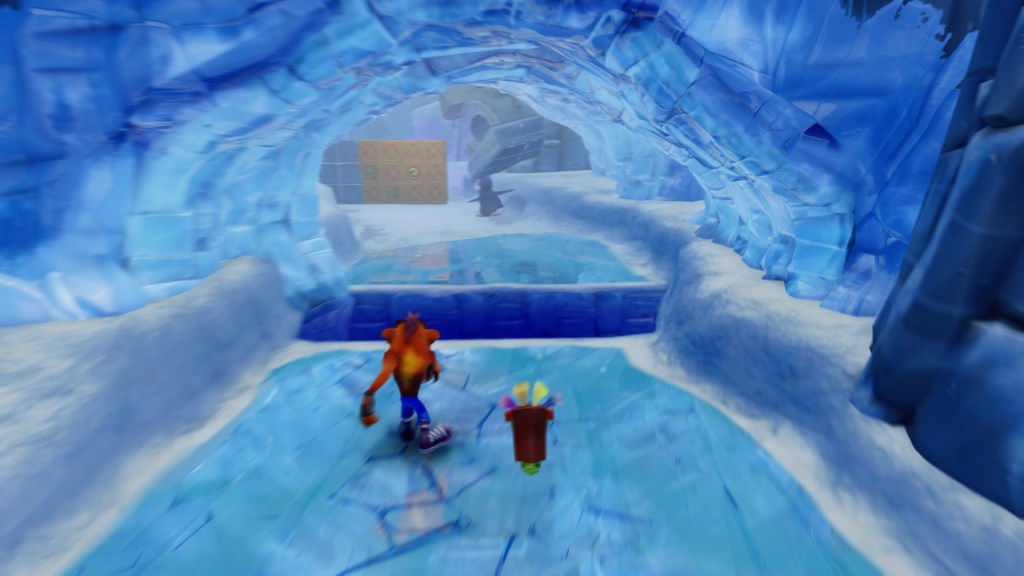 Above: Crash Bandicoot slipping and sliding.

Cerny: What everybody said was that no Western title could sell more than 200,000 units in Japan.

Layden: Most of my Western titles couldn’t sell 30,000 units in Japan. So yes, you’re right. Except the most successful Western title on the PlayStation — it came through our shop. It was immediately taken away from my international software group and pulled into the standard Japanese production group. This one little title called Crash Bandicoot. We wanted to do that on my team, but this guy named Shu Yoshida snatched it off our desk and took it into the standard domestic production house.

Even today, a lot of Japanese gamers think Crash is made in Japan. The localization job was incredible. Naughty Dog were fantastic developers. Of course, my colleague here Mark Cerny was deeply involved in the original Crash. That’s where we met. You came to Japan to pick up an award.

Cerny: Right! And we met Hideo Kojima at that awards ceremony.

Layden: All these roads come back to Crash. But like I say, we’re not old. We’re vintage. Put that in all your stories.

Cerny: Another challenge was QA. Japanese QA was so tough. Some titles from the U.S. and Europe simply could not be released.

Layden: Right. PlayStation and PlayStation 2, remember, these were not network-enabled platforms. There’s no patching your game. It had to be perfect, rock solid, when you shipped. Of course, as in all things that you might imagine, Japanese QA is more rigorous, more intensive, more pedantic than the rest of the world. There was one bug on the PS2 — if the disc would accidentally engage the drive and the drive door would open, you might have a cup of coffee sitting there and it would fall over?

Cerny: And that was a bug.

Cerny: Nobody necessarily looks at you and thinks, here’s a man who can speak Japanese. Was that more of a thing when you were working in Tokyo, more of a thing after you went to Europe, and you’d be in meetings and the Japanese were talking freely?

Layden: In Japan, it was an expectation. I was working in a Japanese company in Japan, and so, everyone speaks Japanese. It was assumed that you could keep up. But when I moved to London in 1999, we’d just completed the purchase of a famous U.K. developer called Psygnosis. I went to London to work with their dev teams on coming into the Sony fold, so to speak. In Europe, I did the opposite thing to what I did in Japan, trying to bring Japanese games to the European market. A lot easier, trust me.

But still, some of these deals were hard. I won’t name the developer, the publisher we were dealing with, but we were trying to negotiate a royalty deal for a game, trying to get the percentages right. The two gentlemen on the other side of the table whispered to each other in Japanese. The translation would be, “Tell them 27. We’ll take 25 but take 27.” And so, we finally got them down to 25. As I walked into the elevator and it closed, I gave them a nice Japanese thank you for all their time and trouble. But you can only pull that trick once. It became widely known.

Layden: Back when games only cost a million dollars to make.

Cerny: Well, we were making incredibly expensive games for under $2 million. Or your first meeting with Sucker Punch, when they had their little cabin in the woods.

Layden: Yeah, those crazy Microsoft refugees who created Sucker Punch. They were out in the woods. You had to drive down past the old mill and turn down a road with no name.

Cerny: Microsoft wasn’t in the games business at the time. It was Microsoft Office that they’d worked on. They decided to escape and found a little game developer.

Layden: They had this game about a thieving raccoon, which we jumped on, and it became part of that. 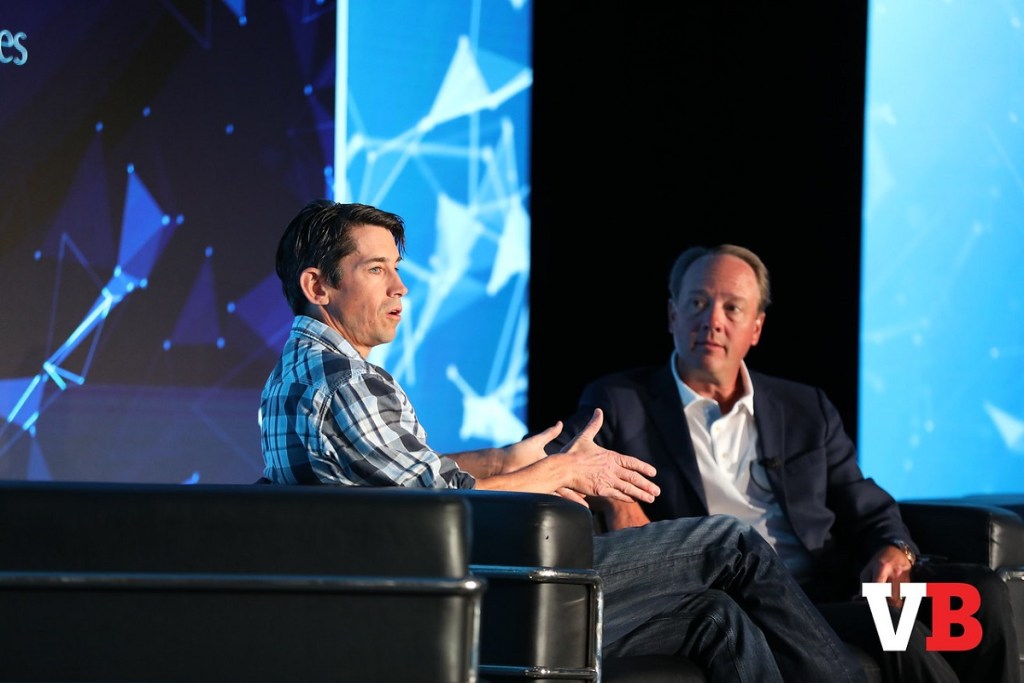 Cerny: Or Insomniac, when it was just Ted Price and the Hastings brothers.

Layden: Spyro, that’s when you worked with them, right? When you discovered them.

Cerny: Yes, and Disruptor, the shooter.

Layden: And now they’re working on Spider-Man. You may have heard of that. Or you’ll be hearing about it.

Cerny: Guerrilla, when you started working with them, were they already Guerrilla? Were they Lost Boys? They were working on a title called Kent or….

Layden: They were working on a title called Kim. Very charismatic, the Guerrilla people. I say that because one of them is here. It was a great challenge, to see their potential. They had a fantastic first-person shooter called Kim. We couldn’t get that trademark, so it became Killzone.

Cerny: Or a couple boys in Guildford, Craftworld. Not just boys, of course.

Layden: This little shop in Guildford, spun out of Peter Molyneux’s empire or something out of EA. They were working on this thing called Craftworld, which had yarn and foam technology. They could render that. We saw that. Honestly, couldn’t figure out what the demo was, but it looked awesome, and the teams were very inspiring. We got behind that project, and then, Media Molecule turned that into LittleBigPlanet, which is known and loved around the world. And Dreams, their latest title, which they’re making progress on, continues in that tradition of giving tools to gamers to make their own games.