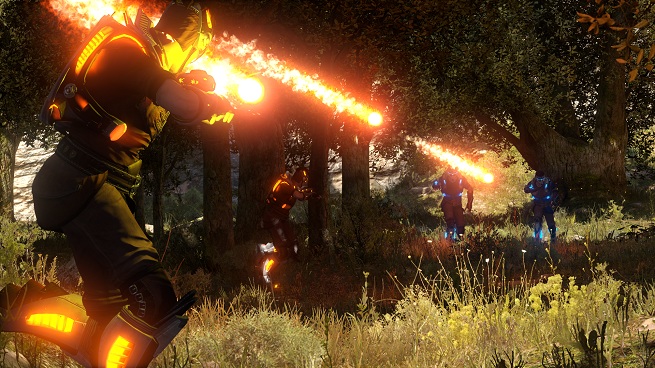 Developer Nadeo is trying an experiment with the first-person-shooter genre. For ShootMania Storm, the company is boiling down run-and-gun gameplay to the basic elements and giving players powerful tools to create their own levels.  It hopes to be able to reproduce the wild success it found with the TrackMania series. Based off of what I saw at a recent preview event hosted by publisher Ubisoft in Los Angeles, Calif., I think Nadeo just might be on to something.

This PC game can really be whatever the community wants it to be. Players have the freedom to design their own levels using a system similar to building with Lego blocks. They can throw in, for example, castle walls, spring boards, water, trees, tunnels, and sniper towers to their hearts’ content. 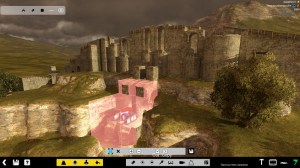 The game actually offers a design tool similar to the one that the developers use to create ShootMania’s stock maps. From there, the cartographer can set up the rules (like weapons locations, number of players, win conditions, etc.) and then share the masterpiece online with the rest of the community. Users can also take other peoples’ sets of maps and rules and tweak them to better suit their own styles of play.

It’s all inspired by the TrackMania formula, which took a similar approach to racing games. That community, which has been around for over eight years, allegedly boasts 10 million members. Many of them have urged Nadeo to get into other genres.

“We talked a lot with people involved in the competitive-gaming scene,” said Edouard Beauchemin, product manager at Nadeo. “And they all told us that for them, having a competitive first-person-shooter game that wasn’t gory would be very positive because they could make a good show out of it.”

He was referring to the fact that many e-sport events that deal with violent shooters only admit spectators who are 18 and older. By removing the blood and gore factor, then, it helps to maximize the reach of ShootMania in the competitive-gaming arena and beyond.

Fans of all ages (and for some, their parents, too) can watch and enjoy this game without worrying too much about it having a negative impact on younger players. The fighters shoot lasers from their guns instead of bullets and disappear when they get shot instead of collapsing in a splatter of blood.

“It’s play in the simplest and most fun way possible,” said Beauchemin. He’s also confident that this title can be a nice middle ground for an array of shooter fans. With this game, players who specialize in Modern Warfare 3, Counter-Strike, Quake 3, Team Fortress 2, and so forth, can show how dominant they really are at the genre.

ShootMania purposely skips the specific nuances that make each of those titles unique and at the same time alienating to fans in different camps. All it leaves behind are the essential elements, like a basic set of weapons and simple controls, to create a pure shooting experience that’s highly customizable. 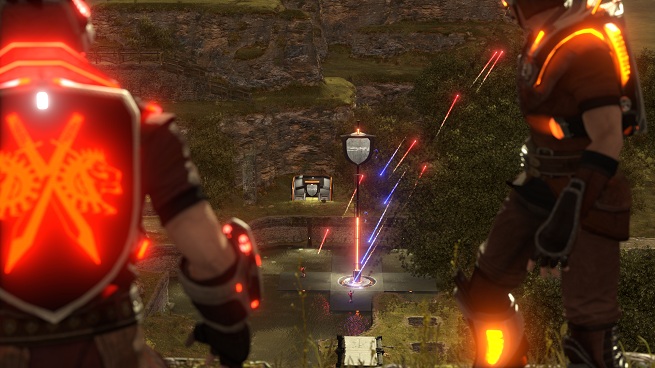 If you’re interested in checking out ShootMania Storm, Nadeo plans to release the game as a $24.99 PC digital download sometime before Christmas.