Nintendo revealed during its Nindies stream today that Shovel Knight‘s last character campaign, King of Cards, is coming out for the Switch in early 2018. It should release for Shovel Knight’s other platforms — PlayStation 4, Xbox One, PC, 3DS, and Wii U — during that same time.

Shovel Knight is a hit retro side-scroller that first came out in 2014. Since its release, developer Yacht Club Games has released new campaigns with different heroes: Plague of Shadows and Specter of Torment. King of Cards is the last of these post-release adventures.

It has players controlling King Knight, who served as a boss in the other campaigns. Along with new abilities, King of Cards will also include an actual in-game card game (which, to this Final Fantasy fan, looks a lot like Final Fantasy VIII’s Triple Triad). 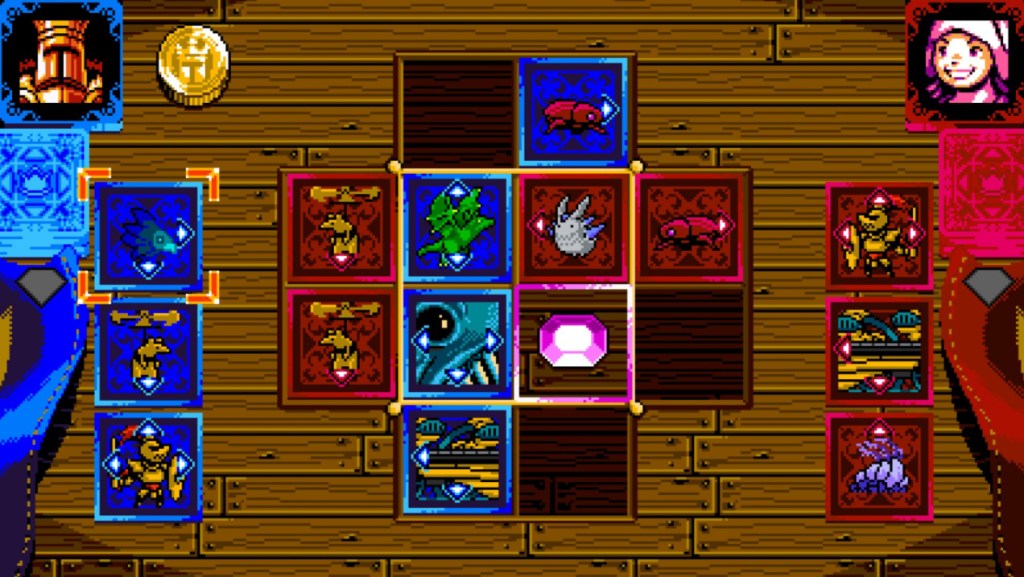 Above: Shovel Knight: King of Cards.

King of Cards will be available to anyone who owns the Treasure Trove edition of Shovel Knight. Otherwise, you’ll have to purchase it separately.

These extra campaigns were originally promised as a stretch goal during Shovel Knight’s crowdfunding on Kickstarter. Although back then Yacht Club games just promised different playable characters, the new stars’ unique abilities and added features make each campaign almost feel like a new game. The last one, Specter of Torment, featured redesigned levels and some updated and even entirely new bosses.