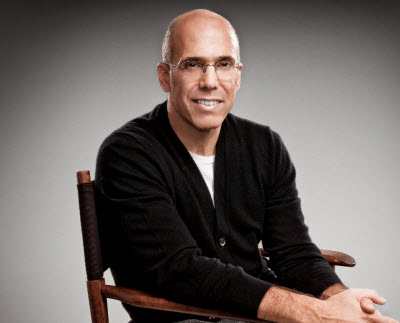 Hollywood and social games are forging an alliance as both pursue wider audiences. The latest link between the two is Zynga’s  appointment of DreamWorks Animation chief executive Jeffrey Katezenberg to its board of directors.

Katzenberg is the first member of the social game company’s board who isn’t from Silicon Valley. The move will certainly raise awareness of Zynga in Hollywood, as Katzenberg is one of the most important movie moguls, with film credits such as the Shrek animated film series. With Katzenberg on board, Zynga could have a much easier time making movie-based games, winning promotional tie-ins or even seeing movies based on Zynga games.

“Jeffrey redefined storytelling when he launched DreamWorks Animation,” said Mark Pincus, founder and CEO of Zynga. “He turned an independent studio into a brand name, and his vision will be an asset as we work to define the future of play.”

He added, “Jeffrey and I have been friends for some time, and I knew he’d be a great fit for the board after he suggested that the blockbuster of 2011 could be ShrekVille. I see a lot of similarities between DreamWorks Animation and Zynga, far beyond our love of animals. DreamWorks Animation is a revolutionary technology company, a recognized consumer brand, and at its core, a media company. It’s easy to see the value that Jeffrey will add to Zynga as we grow and look for more ways to delight our players. In fact, he’s immediately sprung into action with his first assignment: finding our seventh board member. I hear that both Jack Black and Mike Myers are incredibly interested.”

Zynga has already been active with Hollywood alliances. It recently announced a movie tie-in promotional deal with Paramount Pictures and Nickelodeon Movies to create a tie-in between the film Rango and Zynga’s FrontierVille game.

Zynga also cut a deal with Sony Pictures Entertainment to promote The Green Hornet movie with the Mafia Wars social game. And it also launched a campaign with DreamWorks Animations to promote the animated film Megamind by creating a “Mega-Farm” within Zynga’s FarmVille game. In the 24-hour promotion period, more than 9 million people engaged with the Mega Farm. The Rango quest begins today and runs through March 6 on FrontierVille.