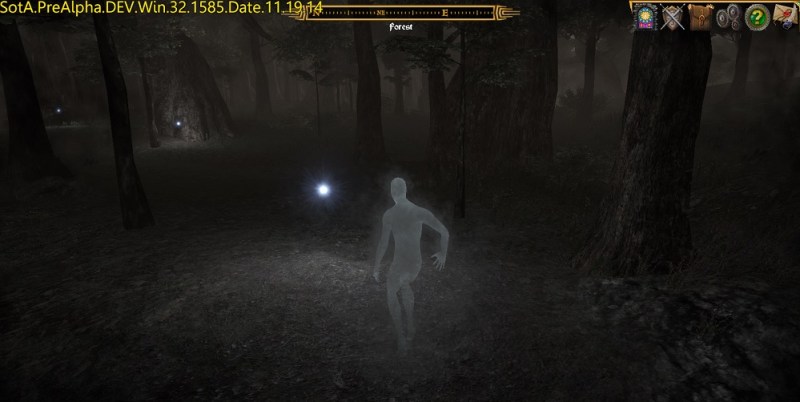 GamesBeat: Is it fair to say you’re creating a model where the community develops the game?

Garriott: Totally. Not only with the ideas for design, but there’s a lot of things in the game that only exist because the community thought of it, created it, coded it, and made the objects for it.

A community website sprang up not long after we started called Avatars Radio. It was just a place where people audio-blogged in real time about the game and played music and so on. As soon as somebody made that, though, another group of community people got together and said, “I wish I could hear that while I’m in the game.” A group got together and made a 3D object that looks like a steampunk kind of radio, and then another group wrote a piece of code that would stream Avatars Radio into that device as a 3D object you put in the game. They put all that — the code, the 3D art, the website programming. We just set it in the game for them.

Now they use that device to simulcast when there are PvP tournaments. People set a radio there they have a live newscaster who commentates on the tournament. People do live performances where the actors, instead of just chatting with text, stand up on stage and “To be or not to be!” They act it out and you hear it live in the game in real time.

GamesBeat: How much content would you say is available? How much of the map is built out?

Long: There’s the mainland and the Vale, which is that map you saw me walking around. That’s an island off the coast. That island is basically done. The mainland is where the plot unfolds. It still has a lot of work to do. I’d say it’s about 20 percent built out.

The amount of gameplay time depends on how you play because we’re a sandbox. People who play more than a couple of hours will generally play 30 to 60 hours. That’s about how much content there is between all the different maps.

Garriott: If they’re playing to get through the content that exists, yeah. Every month we introduce two to four new maps. Each map has a few hours of content. 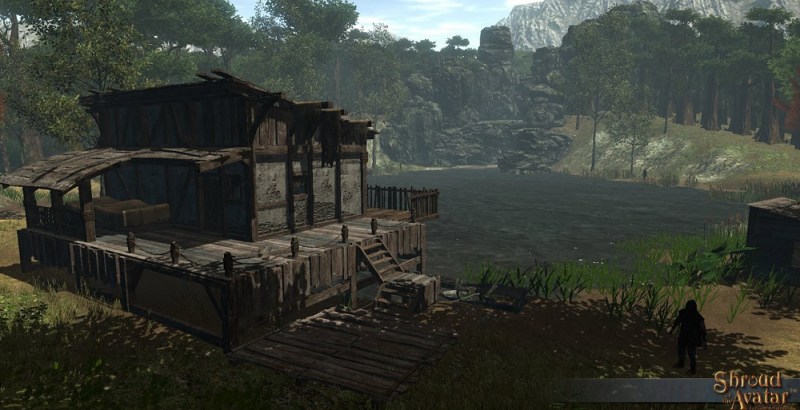 Garriott: We’ve been really fortunate at a number of turns. When we started down the crowdfunding path, at best I thought it was going to be hard. At worst I thought we had reasonable odds it wouldn’t even work. If it didn’t work, not only would it mean the end of this team and this project, but it would be a substantial black mark on my career, if not the rest of the team’s. I thought crowdfunding was a very risky thing to do.

Not only did the Kickstarter go very well, and the ongoing crowdfunding too, but I’ve been shocked at how strong our community is, both as a team of supporters and with the specific skills to do things we can directly use. I radically underestimated that before the audio guys started kicking in. I had no idea they were capable of producing at such a high level of quality.

Now we’re opening it up to more and more areas. Now that we understand how to guide the .1 percent of people who are capable of producing at that level and how to remunerate them in a way that’s fair, we’re expanding and expanding. It’s essential to the product.

GamesBeat: Does Plantronics also get you some additional awareness here?

Long: Absolutely. We wouldn’t be having this interview if it wasn’t for Plantronics, nor would we have had the one at E3. The biggest thing for us is getting a presence at these shows. We don’t have the money to spend on that otherwise. We also co-tweet on social media and things like that. It’s definitely a mutually beneficial partnership.

Garriott: We have plenty of access to hardware by a lot of companies, but their audio gear — just over the holidays we were using these BackBeat Pros. I took a vacation to Hong Kong and southeast Asia over Christmas. It worked all the way to Hong Kong and back on one charge. It’s a phenomenal piece of gear.

GamesBeat: What’s next for you guys? What else is coming up on the road map?

Long: The biggest feature coming online, hopefully in this next release, is a set of features related to banks and encumbrance and getting your pledge rewards in the game. Right now you can basically carry unlimited weight. We’re going to add weight limits. Crafting skills will be the biggest feature coming online that hasn’t been implemented yet.

Garriott: As the world is beginning to grow, the nice thing about having banks and weight limits and the actual pledge rewards we’re supposed to have — right now everyone has basically everything. Over time we’ve given away stuff to the community to let them play with it. What we’ll be able to do now, though, is if you need a resource that’s more plentiful on that side of the world, it might be best to use it on that side of the world. We’ll have additional economies coming in for transport and trade of goods across the globe, which requires us to have regional banking.

Long: We’ll be iterating on control points in the game, very similar to what we did in Tabula Rasa. You can fight for control of a control point and that opens up access to special shopkeepers or quest givers and things like that. The enemy AI will try to take it back from you, though. We’ll be adding more features to that system — destructible gates and other things to make the sieges more interesting.

Above: Shroud of the Avatar’s Ardoris town