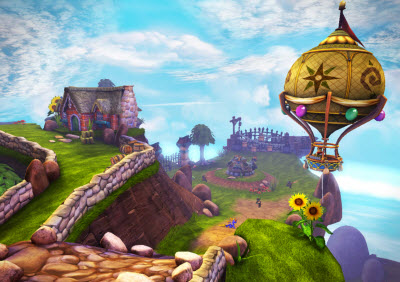 Bring your toys to life. That was the big idea that drove Activision Blizzard and its game studio Toys for Bob to place a huge bet on a new idea: A massively cross-platform videogame that’s tightly integrated with collectible real-world toys.

That kind of risk-taking is especially unusual in a video game industry that is drowning with clones and sequels. And it represents a huge risk for Activision.

Based in Novato, Calif., Toys For Bob spent 2.5 years toiling on a brand new cross-platform video game that married the world of collectible toys with video games through a unique wireless technology that beams data back and forth between the toy and the game.

The result is Skylanders: Spyro’s Adventure, which will debut on Oct. 16 on the Nintendo Wii, Xbox 360, PlayStation 3, PC, 3DS, the web, the iPad and the iPhone. This kind of multiplatform launch with a new technology is almost as big as launching a giant new game franchise or a new console.

Paul Reiche, head of Toys For Bob, said in an interview that team knew what kinds of risks it was taking, but it decided to step up to the challenge anyway. The story of how they did so says a lot about how to innovate in an industry with so much prior art and risk aversion.

Asked if Skylanders was as big a bet as a Call of Duty game, Rieche (pictured) replied, “Fair enough.” He added, “There were many points where we suggested something very radical. There is an unfair perception that (parent company) Activision Blizzard is risk averse. This shows that when there is a good opportunity, they go for it.” 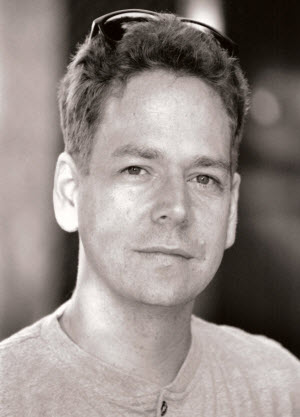 The idea of melding toys and video games isn’t new. Toy companies created titles such as U.B. Funkeys that also came with toys. But doing a good job with a very ambitious game is rare. And tying together the products in the way that Activision Blizzard has done is unprecedented. Toys For Bob was able to move forward only because it knew that it could handle the task of making a high-quality video game.

“That was the way the whole industry was moving,” Reiche said. “They said they wanted us to reinvent Spyro and the game he appears in. They said they needed something entirely new to generate the return on investment that Activision needed to be competitive.”

So Reiche’s team began toying with toys. They explored how to create toys that could be used directly in games. One of the team’s developers, Robert Leyland, experimented with wireless technology and found something that would work fast. So when you set a toy on an electronic “portal,” the data stored in the toy’s flash memory could be instantly transferred wirelessly into the console and then into the game world.

“They took it and turned it into something with low power consumption and a mass market design,” Reiche said.

Meanwhile, a senior artist at the company, I-Wei Huang, began the work on the toys. Instead of creating them as 3D animations first, Huang sculpted the characters as physical objects.

Once they had these elements together, they started building the game. They recruited Toy Story film writers Joel Cohen and Alec Sokolow to craft an adventure story for the game. They decided to target the Wii at first.

“We saw no competitors there,” Reiche said. “We thought of how to integrate toys directly into the game play. You play as your toy, and you have an avatar inside the world. You can take your toy to school, and it had a revenue model that worked. It was a blue ocean.” 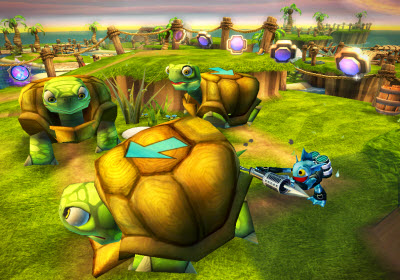 Reiche said that Toys For Bob could keep it simpler by creating a Wii game for Spyro, without the toys. Dave Stohl, the Activision executive in charge of development, told them to take the bigger bet and go with the toys. As the idea moved up the executive chain, it became bigger and bigger. Toys For Bob built up its team for the Wii game to more than 100 developers. Another 100 developers from other Activision Blizzard studios also helped out. Vicarious Visions made the Nintendo 3DS version and Frima built the web, iPad, and iPhone versions.

About a year ago, the project stood at a critical decision point. Activision Blizzard chief executive Bobby Kotick had to weigh the options for launching the game as it was originally scheduled or pushing it back. He decided to postpone the project by a year, adding a huge amount to the overall budget.

Eric Hirshberg, president of Activision Publishing, a division of the parent company, reviewed every part of the project in fine detail. Reiche had to explain details like why every toy had a certain kind of pose. Hirshberg said the company would bend its marketing plan to support exactly what the creative team wanted to do.

“We had a complete functional game and a set of toys,” Reiche said. “But we all felt we could make this a whole lot cooler. So we went back to polish it. We had to decide that we were going to treat it like other top-tier products like Call of Duty. We chose to put out something awesome.”

Toys ‘R Us got behind the game in a big way, taking the stage with Toys For Bob in a major unveiling at the Toy Fair show in New York in February. The Skylanders toys have been named “top toys for the holidays” a number of times, alongside products from regulars such as Nerf, Hasbro, and Mattel.

“We’ve never shipped a toy before, but we are already in the top tier,” Reiche said.

The extra year gave Activision Blizzard plenty of time to come up with a big marketing plan with a big budget.

The resulting design was for a fighting game where players could stick their toys on a portal, instantly adding them to a game world. They could then play through the adventure, fighting hordes of enemies. Then the players could swap out characters as they wished. When they took the characters home, the toys would retain the memory of what they had done in the game. When you put one of these toys on a portal again, the character will have the same kinds of capabilities that it had recently earned at your friend’s house.

Not only that, but you could level-up a character on the PlayStation 3 and use that same character in a Wii game. You can have a similar experience if you play it on the web or an iPhone or the 3DS.

The game has more than 30 characters. Each one has a “brain” for retaining data and can be used in the adventure story where the goal is to defeat the evil Portal Master, Kaos, and his many minions. The game world is full of monsters, treasures, quests, puzzles, and mythical lands and creatures. You can use the characters in your own game or take them to your friend’s Portal of Power. Players can play cooperatively, or fight each other in a multiplayer arena.

In the meantime, rivals such as Smith & Tinker’s Nanovor hybrid toy-games have crashed and burned. Nukotoys is still aiming to do something similar in the toy-game hybrid market. And Disney Mobile has just launched toys that can be used with a Cars-themed iPad game. The whole idea of hybrid toys is gathering more steam.

The toy stores are lining up racks of the merchandise for Skylanders and they’re promoting them in interactive kiosks. Commercials are starting to run on TV and on YouTube. Activision Blizzard has lined up a considerable inventory of the toys, which will sell for $7.99 a piece.

It’s going to either be a big success or a big crater. But there is no question that the game is innovative and that Activision Blizzard and Toys For Bob are swinging for the fences. That kind of measured gamble is what we all want to see more of in the game industry.

“People should be watching this,” Reiche said. “We are not going at it half-cocked at all.”

EDITOR’S NOTE: Each week, I’m writing a column on videogames called The DeanBeat, while executive editor Dylan Tweney is writing a technology and business column called Dylan’s Desk. They are available to newsletter subscribers a whole day before they appear on the VentureBeat website.