The Smithsonian American Art Museum recently struck another blow for games in the ongoing (and in some forums, already trite) games-as-art debate. The SAAM announced a new The Art of Video Games exhibit, scheduled to open in March 2012, and issued a public invite for gamers to participate in its creation. This exhibit will chronicle the “40-year evolution of video games as an artistic medium, with a focus on striking visual effects and the creative use of new technologies.”

Argue as some might, when the Smithsonian decides to explore the history of video games as an artistic medium, it becomes somewhat difficult to argue against its validity. No longer are gamers, developers, and journalists alone in pushing for artistic recognition — the SAAM, an accepted, venerated institution, appears to have no qualms about the “art” label. 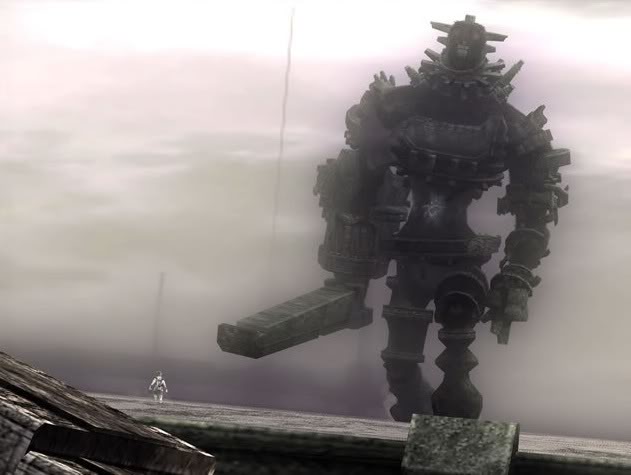 Maybe now we can stop bringing up this game in every discussion.

Let’s just hope they don’t focus too much on technological aspects at the expense of narrative advances. That’d be like putting together an exhibition on painting and only focusing on what new colors we’ve mixed together. But which games do they plan to honor? It turns out that's up to us.

According to their website, artofvideogames.org, the exhibit will cover five eras of video-game history: Start (1970 – early '80s), 8-bit (early '80s – early '90s), Bit Wars (early/mid '90s), Transition (mid '90s – early 2000s), and Next Generation (early 2000s – present). The general public can vote for the titles they want to see in the exhibit, and the official press release describes a forum where users can “campaign for particular games and voice their opinions about the selections." Something tells me the Smithsonian had better hire some experienced moderators if they don’t want that forum degenerating into utter chaos.

“I want this exhibition to include the collective voice of the video-game world, which is not limited to the developers, designers, and artists, but also the game players,” says Exhibition Curator Chris Melissinos. “It is important to me that when gamers visit the exhibition, they find the experiences that most matter to them.”

This marks an important step in audience participation helping to define an artistic medium. When scholars and authors make decisions on the relative merits of film and literature, they certainly don’t ask the audience which movies and books they like. It's incredibly telling that Melissinos acknowledges the important role gamers play in a primarily interactive medium. 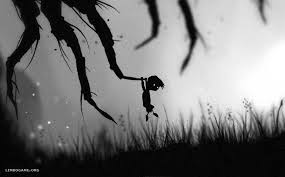 Does this really belong in the adventure category?

Once registered, participants choose one favorite out of a set of three games, divided by platform and genre. Expect some particularly brutal matchups if you plan on voting. For example, Halo 3 and Gears of War 2 are both fantastic, but when you’re forced to choose between those two and BioShock — known for innovative gameplay and fantastic storytelling — things get complicated.

Another interesting matchup in the Next Generation Adventure category pits Mass Effect 2 against Limbo and Elder Scrolls 4: Oblivion. Personally, my mind freezes up every time I try to justify picking one over the other. Mass Effect 2 certainly goes a long way in the storytelling and gameplay department with its revolutionary dialogue system, but Oblivion's fantastic open-world environment offers an unparalleled scope. Limbo combines a grim subject matter with an equally dismal atmosphere and classic puzzling gameplay. Although, putting quality aside, one might question whether Limbo really belongs in the Adventure category at all.

One might find flaws with how some other games are categorized as well. Can you really tell me that Tony Hawk's Underground 2, God of War, and Shadow of the Colossus have anything in common? Yet they're facing off against each other in the PlayStation 2 Action category. 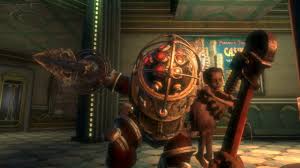 Finally getting the recognition it deserves?

Nevertheless, exhibiting games in a museum of this caliber validates what a lot of voices in gaming culture have claimed for years. Though it may have a long way to go in the public eye, this medium may finally start getting the recognition it deserves. It's strange that video games can be accused of increasing sexual violence while being venerated by the Smithsonian in the same week, but when such a highly respected institution suggests Super Mario Bros. 3 is a work of art worth preserving, it gives me hope. They've given us a chance to make our views known in a public forum. We shouldn't squander it.

So what do you guys think? What games would you like to see? Do you have any concerns as to whether the medium will be properly represented? Anyone still willing to argue against gaming’s status as an artistic medium?