Well, kind of not. Nintendo has told Kotaku’s Jason Shreier that Super NES Classic Edition controllers will have cords that are 5 feet long. By comparison, the NES Classic controllers were only 3 feet long. So, yay! An improvement! However, it’s still not as long as the original Super NES controller cord, which almost reached 8 feet when I measured it.

Here’s what the NES Classic Controller, a tape measure stretched to 5 feet, and an original Super NES controller look like when put next to each other. 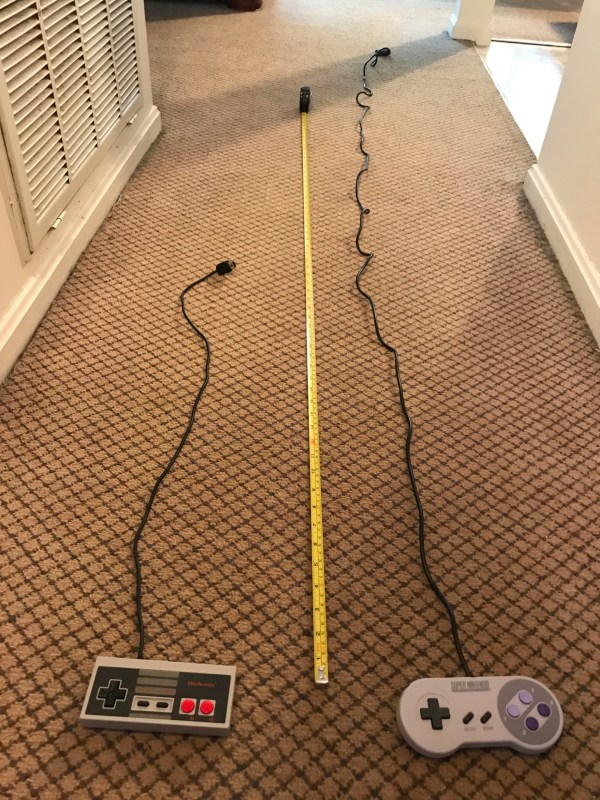 Above: The NES Classic controller, a 5 ft measuring device, and an original Super NES controller.

OK, maybe this isn’t the most accurate scientific experiment, but it’s the best I can do in my apartment and with my curly cords. Still, you can see the difference.

The Super NES Classic Controller will be longer, but it’s still doesn’t measure up to the original. And that’s bizarre. People are sitting further away from their TVs than ever before, certainly more than they were in the ’90s. Most people are accustomed to wireless controllers. And while I understand why retro console would still use cords, these should at least be comfortable to use in today’s living rooms.

As it is, Super NES Classic Edition owners may still have to turn to third-party extenders and wireless controllers.