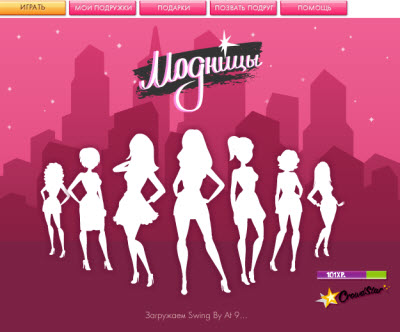 CrowdStar is living up to its strategic expansion plan as it announces today that it will launch its hit game It Girl on three different social networks in the fast-growing Russian market.

The expansion shows that fast-moving gaming companies are in a land grab, expanding overseas so they can stake out the fastest-growing social and mobile game markets around the world before their rivals do. CrowdStar hopes to expand on its current user base, which includes 25 million monthly active users on Facebook. And it knows it is in a race because rival Zynga has ten times more users and is also expanding overseas.

The It Girl game is a fashion-oriented title for girls and women. It is already live on one Russian social network, called Odnoklassniki.ru. Eventually, the game will be on Vkontakte.ru andMail.ru.

The international expansion was one reason that the Burlingame, Calif.-based company raised $23 million in its first round of venture capital funding earlier this year. Peter Relan, chief executive at CrowdStar, said at our recent GamesBeat 2011 that the company’s strategic markets include Facebook, mobile games and international markets.

The company has 140 employees and was founded in 2008. Rivals include Zynga, Disney-Playdom, and Electronic Arts. CrowdStar’s investors include The9, Intel, and Time Warner. CrowdStar’s big games include “Happy Aquarium,” “Happy Island,” “Happy Pets,” CrowdStar’s “It Girl” and “Zoo Paradise.”