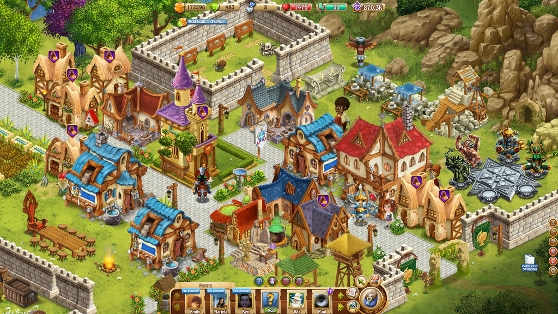 With Zynga doubling as a bad-news factory lately, how is the business continuing to grow for others? “I think their [recent problems] come from switching from a more social-oriented company to more of a mobile-oriented company,” SGN president Josh Yguado tells GamesBeat. “But that’s something we’ve been doing from the very start.”

SGN has a backend platform called MasterKey, which allows the developers to build a game once but distribute it across multiple platforms: web, iOS, Android, and Facebook. So the company has never had a mobile- or social-first strategy; it’s always been everything-first. “We’ve created something that unifies all the different distribution outfits that we have,” says Yguado. 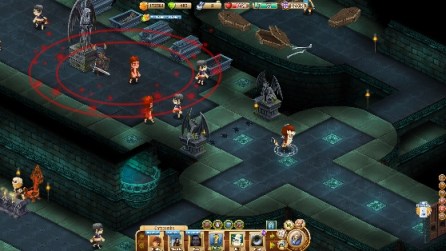 SGN’s founders attribute this foresight to go platform-agnostic to the time they’ve spent in the Far East in their previous lives. “Chris [DeWolfe], our CEO, launched MySpace in Japan and in China,” says Yguado. “And I did a lot of work in Korea when I was working for News Corp. And the first thing we noticed from being in Asia five years ago was half the games played were on mobile devices, and generally, what has happened in Asia has been a precursor to what happens in the U.S. So to us, it was very clear from the start that we have to be very strong on the mobile side.”

Yguado estimates SGN will hit $50M in revenue this year and is looking for more growth from his company. “I think we’re getting to the point where we would consider platforms like consoles, interactive TVs — we want to be wherever users are playing.”

“[Getting Mob Science] is part of a larger acquisition strategy. We’re looking to acquire, I’m guessing, maybe two or three more companies in the next year. So expect more acquisition stories coming from us.”

SGN was founded in 2010 and previously raised $28M from Austin Ventures. SGN’s headquarters is based in Los Angeles, with additional locations in San Francisco and Buenos Aires, Argentina. Mob Science adds another office in Carlsbad, Calif.