The Han Solo movie is bombing at the box office, but Electronic Arts still has good feeling about its new season of Solo downloadable content for Star Wars: Battlefront II.

EA and its DICE studio revealed that The Han Solo Season will debut on June 12, making it the second season for the console and PC video game. It features Kessel, a planet with a lot of history in the Star Wars universe. You’ll be able to play on Kessel in a variety of game modes, including Arcade, Blast, Hero Showdown, Heroes vs Villains, and Extraction. 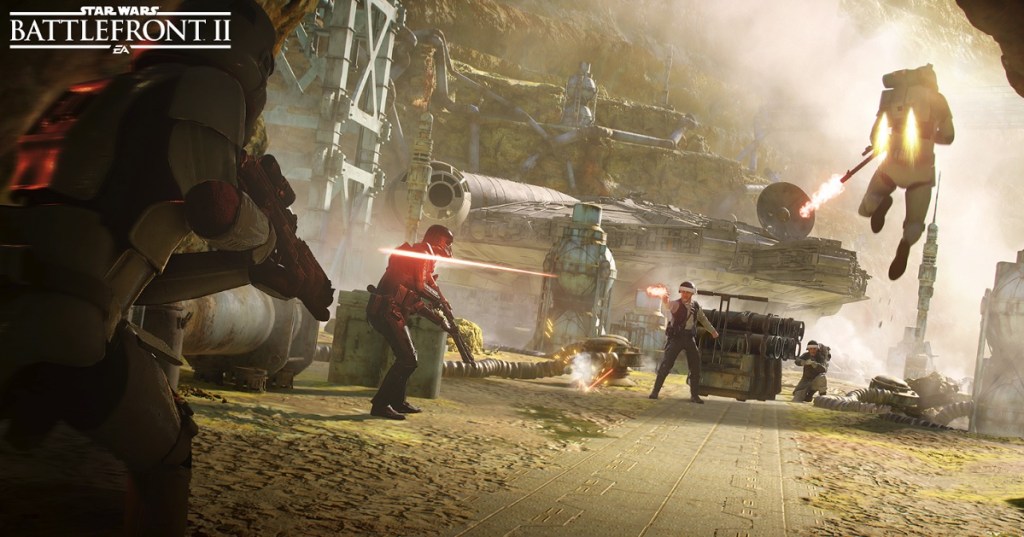 Above: A battle on Kessel.

In the Extraction battle, the Rebels have to escort a rare Coaxium resource shipment, while the Empire has to stop it. The fighting takes place in tight corridors of the Kessel mines and culminates in an open area outside the mine. Victory occurs when either the Rebels escape with the shipment or the time runs out. EA is showing the Extraction gameplay at its EA Play event starting on Saturday in Hollywood ahead of the Electronic Entertainment Expo (E3), the big game trade show in Los Angeles next week.

Han Solo will be receiving two Legendary Appearances (a fancy name for skins), Corellia Escape and Beckett’s Crew. Lando Calrissian will also have two Legendary Appearances, Professional “Sportsman” and Raconteur. Finishing up the new Appearances for June will be Chewbacca with his Epic Vandor Heist look. Lando’s version of the Millennium Falcon — faster and more agile — will also appear in the game. You co-pilot is Lando’s droid companion, L3-37. 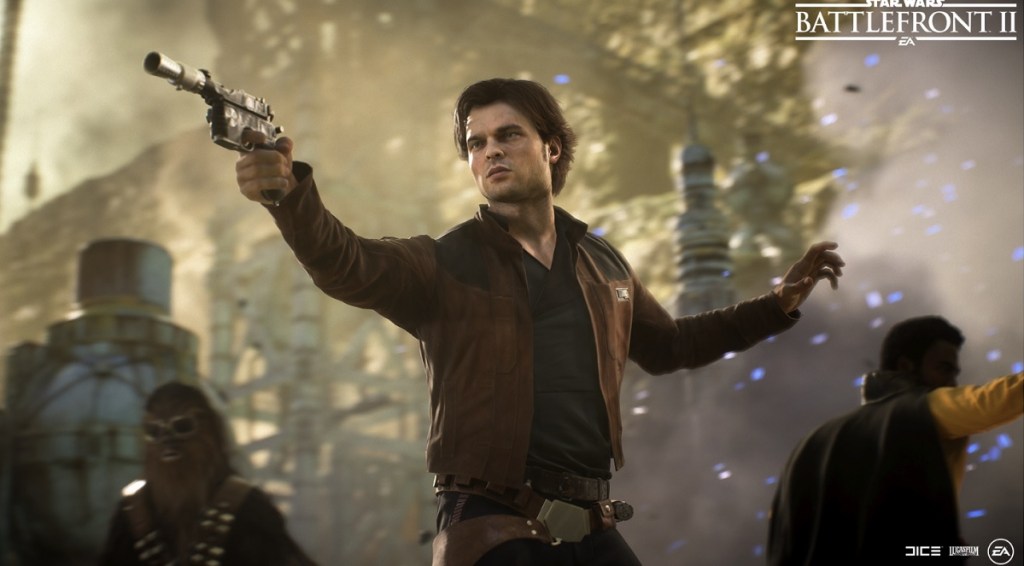 Above: A young Han Solo in Star Wars: Battlefront II.

Star Wars: Battlefront II was one of the biggest games of 2017, but EA’s policies on loot crates alienated a lot of fans, and the company had to back off on many of them to avoid an impression that players had to buy loot crates in order to win, in addition to buying the original game. That hurt the prospects for the game. And now the dismal performance of Solo: A Star Wars Story, the new Disney film, isn’t going to help.

In June, EA will remove the hologram-styled menus from both the Spawn Screen and the end of round MVP screen. Both screens will have a new look to them, in line with the main menu that was added back in May.