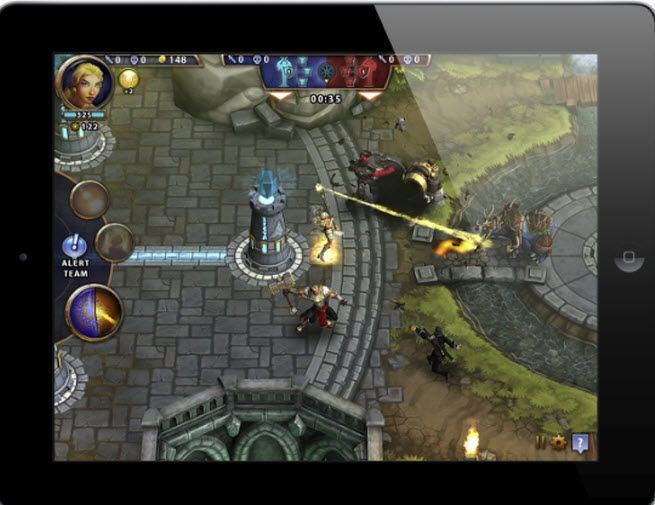 Solstice Arena is taking Zynga into the new market of midcore games, or hardcore titles that you can play in a matter of minutes.

The be beleaguered publisher of social (and now mobile) games built an audience of hundreds of millions of players with casual games on Facebook like FarmVille. But Solstice Arena is a bold new expansion area made possible by the acquisition of A Bit Lucky, a San Mateo, Calif.-based game studio headed by Jordan Maynard and Frederic Descamps.

They earned their hardcore game developer chops at Trion Worlds and Electronic Arts. Descamps and Maynard cofounded the company in November 2009. It built titles that blended casual and hardcore elements like Lucky Train and Lucky Space. Then Zynga bought it last September in a gambit to acquire more engaged players. The A Bit of Lucky team has been busy, and its game is now launching on the Apple iTunes App Store on the iPad 3, iPad 2, iPad Mini, iPhone 5, iPhone 4, and the iPhone 4S. It requires iOS 5.1 or later.

Solstice is free-to-play, where you play for free and purchase options via virtual goods transactions. But it’s also “fair to play.” You can’t purchase your way to victory. 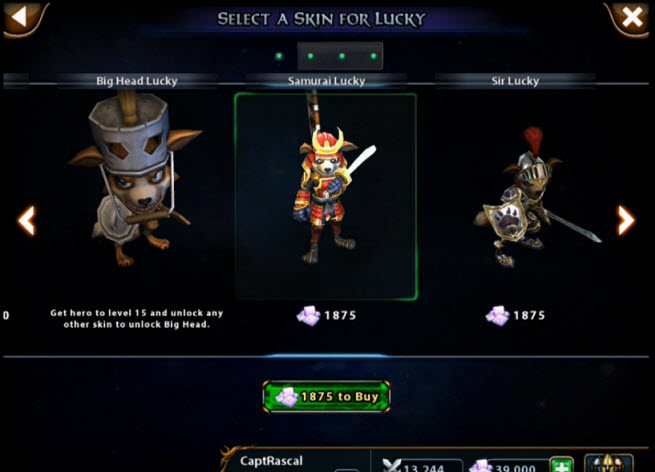 Descamps, the general manager of Solstice Arena, describes the game as the world’s first “speed MOBA.” (That alphabet soup stands for multiplayer online battle arena, which are games like Riot Games’ League of Legends or Valve’s Dota 2.)

“We’ve designed Solstice Arena with a distinct mission: take a genre we love and transform it to allow hardcore fans and casual players to experience the fun of MOBA gaming right from their mobile devices,” Descamps said in a blog post. “To those familiar with MOBA games, you will find a deep, competitive, and well-balanced MOBA – one that is unlike any free-to-play game on the App Store. But our goal wasn’t to just attract players similar to us. We want to make Solstice Arena accessible to new players, too – so many of whom may have never tried a MOBA before.”

In the 3-versus-3 multiplayer game, you can jump into a fast-paced battle on a map that encourages players to make tactical decisions. The first to destroy the enemy’s base wins. It’ll have three modes. In single-player, you can play solo against bots. In real-time multiplayer, you can fight against others or play cooperatively with others against bots. It uses a matchmaking and queue system to connect players based on their skill, level, and hero ability. Players can invite friends to play and see who is available in real time.

Each match lasts only five minutes to 12 minutes. That’s a deliberate design choice because it fits well with mobile usage. People have time to play on the run, but they don’t have a lot of time for long sessions, as with League of Legends.

“We have put a lot of emphasis on making the game accessible, with a good user interface and experience,” Descamps said in an interview with GamesBeat. “We think there is a huge opportunity in the ‘speed MOBA.'”

Solstice has no farming. It has no “minions” or “creeps” who can be dispatched as cannon fodder. The battles are distilled to the core of fighting player vs. player. It will have 10 heroes available at launch. Each hero suits a different kind of play. You can level up and gain new skills and shape your personality.

Descamps said the Unity-based game has been tested on servers around the world and that Zynga has figured out how to provide a good experience with snappy game play. Zynga says you can play on 3G, 4G LTE, and Wi-Fi.

Here’s a trailer for the game. 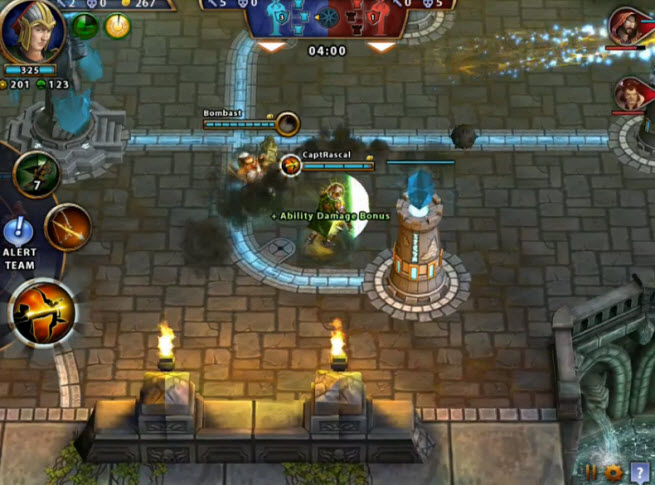