The Sonic the Hedgehog logo is a work of art. Just look at it up there. That emblem is bold, colorful, and full of character. But why is the Sonic emblem so extravagant? Why is it an emblem at all, actually?

Hirokazu Yasuhara (game designer) and Naoto Oshima (character designer), two developers that worked on the original Sonic the Hedgehog, revealed the origin of the emblem during a March 21 talk at the Game Developer’s Conference in San Francisco. It turns out it has a lot to do with flight jackets.

Oshima had a fascination with planes and nose art, the painting on the tip of an aircraft that could often give it a face and other features. So he incorporated this into Sonic’s backstory, one that Sega never revealed in any official material released to the public.

The original idea was that Sonic wasn’t real at all. Instead there was a pilot who was known for going fast. He also had his plane’s nose painted to look like a hedgehog. That’s how he got the nickname of Hedgehog himself. 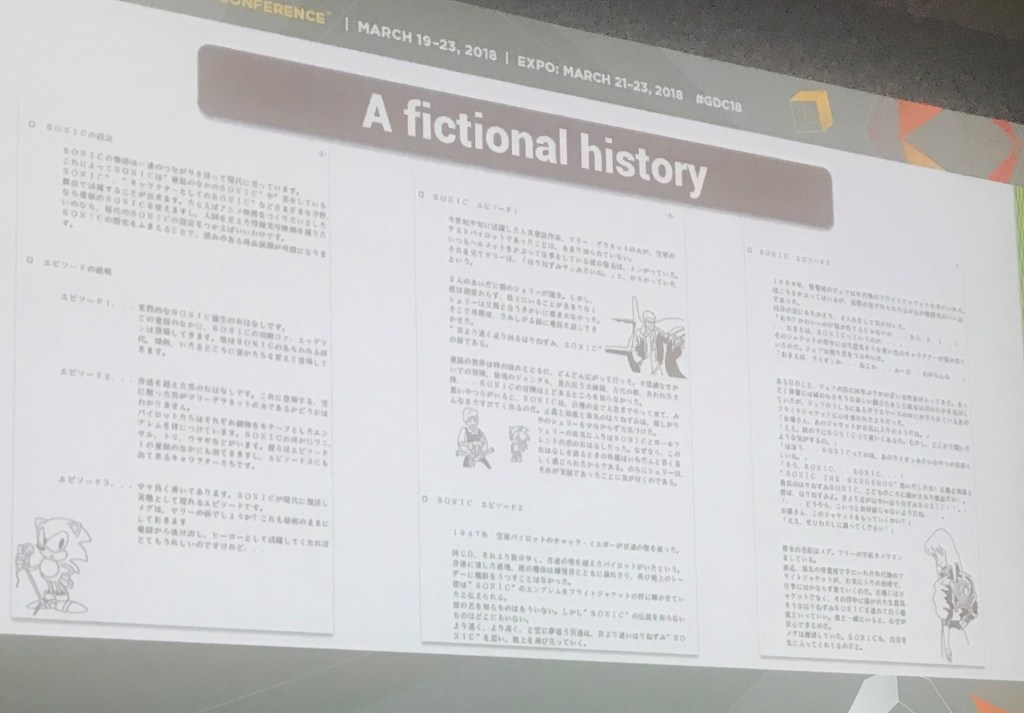 This pilot married a children’s author who created a character, Sonic the Hedgehog. The emblem for this character is also on the pilot’s jacket.

So, Sonic the Hedgehog is a fiction inside a fiction. That is, if Sega actually accepted this original backstory as canon. Considering how no game ever told that story, it’s likely to remain an obscure bit of trivia that explains why Sonic has an emblem. 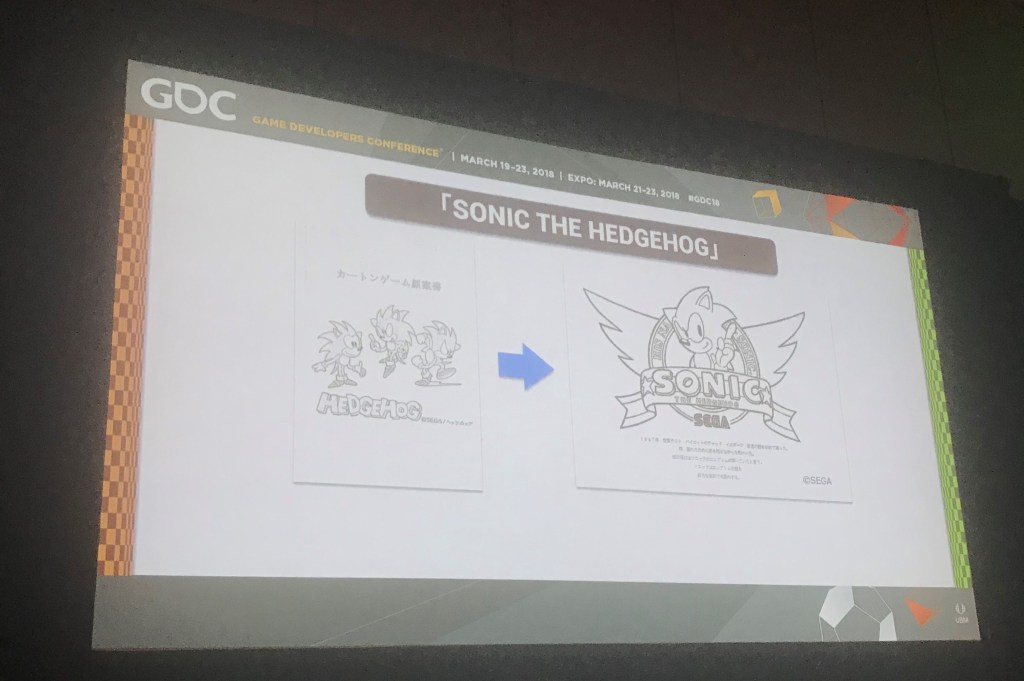 Above: The creation of the emblem.

It does make sense. Pilot jackets are often adorned with patches that feature similar designs. I just never put the connection together.