The sky is falling. Hell has frozen over. So I suppose it only makes sense that longtime gaming rivals Sony and Microsoft (who’s also getting closer to Nintendo) announced that they’re working together to improve each other’s products.

But that doesn’t mean you’ll be playing on a PlayStationBox (or XBoxStation?) console any time soon. Instead, the wide-ranging partnership is about creating new cloud and AI technologies — namely through the use of the Microsoft Azure cloud computing platform. Both companies will jointly develop new cloud solutions with Azure, which would benefit their gaming and entertainment services.

Sony will use Azure’s data centers for its gaming and streaming services as well. For enterprise customers, Microsoft and Sony will work on semiconductor chips and AI, combining Sony-made image sensors with Azure’s AI tech. According to the press release, the goal of the partnership is to “deliver more enhanced entertainment experiences for their worldwide customers.”

The two companies signed a memorandum of understanding, a non-legal binding agreement that nevertheless indicates that they’re serious about the collaboration.

“For many years, Microsoft has been a key business partner for us, though of course the two companies have also been competing in some areas,” said Sony CEO Kenichiro Yoshida in a statement. “I believe that our joint development of future cloud solutions will contribute greatly to the advancement of interactive content.”

“Sony has always been a leader in both entertainment and technology, and the collaboration we announced today builds on this history of innovation,” Nadella said in a statement. “Our partnership brings the power of Azure and Azure AI to Sony to deliver new gaming and entertainment experiences for customers.” 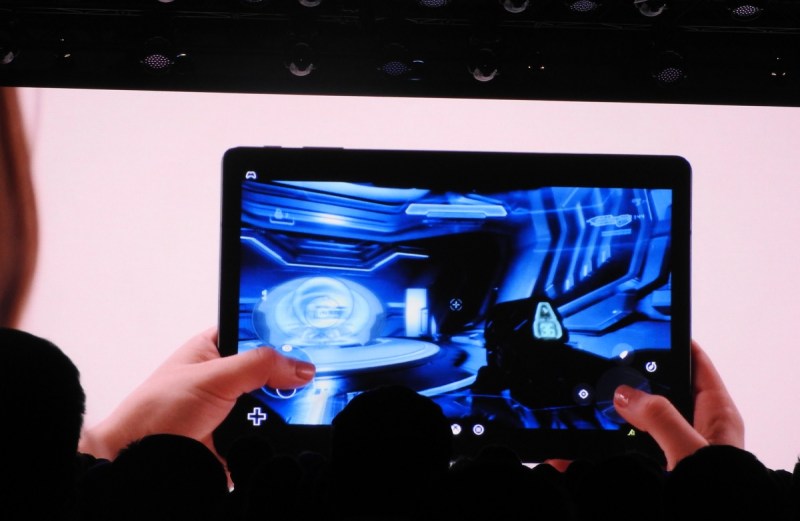 Above: Microsoft’s Project xCloud lets you play Halo on a tablet.

Cloud and streaming technologies are becoming more important in games, especially with Google Stadia on the horizon. Microsoft and Sony have streaming services of their own — such as PlayStation Vue, PlayStation Now, and Project xCloud — so the partnership might be a way to ensure that both companies can stay competitive.

In an email, IHS Markit analyst Piers Harding-Rolls said that the announcement shows that Microsoft is thinking beyond just Xbox versus PlayStation.

“The choice of partnership with Microsoft Azure is a significant development for the shape and competitive dynamic of the games sector,” Harding-Rolls explained. “Microsoft is building an end-to-end cloud capability to serve the games industry. Its Xbox and future cloud gaming business is only one aspect of its ambitions to grow its exposure to the games value chain.

“Through Azure and its cloud-based tools and services, it intends to aggressively pursue third-party relationships in infrastructure, back end services, and service delivery. The deal with Sony shows it is making significant progress in this ambition.”