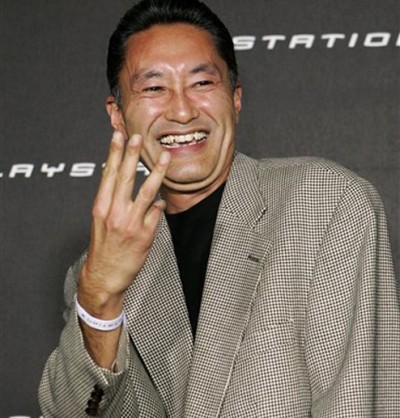 As expected, Hirai replaces Howard Stringer, who will become chairman. Hirai, currently executive deputy president of Sony, said in November that “management is feeling a serious sense of crisis about the seven years of losses.”

Rivals like Apple, Samsung, and Microsoft are not going to make the coming years any easier. Sony has seen its grip on consumer electronics fade as Apple came on strong with iPods, iPhones, and iPads. Samsung has tightened its hold on the flat-panel TV market, and even Microsoft has outrun Sony in the past year with stronger sales of video game consoles.

Stringer has been on the ropes for more than a year, while Hirai’s rise has been obvious. In April 2011, he was named executive deputy president, and then he was promoted to Sony Computer Entertainment chairman. Now he will take the reins of an $85 billion company.

Hirai, 51, also took responsibility when the PlayStation Network was hacked last year and went down for six weeks before Sony could bring it up again in a secure manner. Gamers were infuriated, and Hirai stood on a stage and bowed in apology.

Hirai was one of the key executives who helped make the PlayStation a success in North America. Under PlayStation creator Ken Kutaragi, Hirai headed the North American game operations for Sony as the original machine took the leadership away from Nintendo. In interviews, Hirai has always had a sense of humor, and he speaks English and Japanese fluently.

Stringer said in a statement, “Kaz is a globally focused executive for whom technology and the cloud are familiar territory, content is highly valued, and digital transformation is second nature. I believe his tough-mindedness and leadership skills will be of great benefit to the company and its customers in the months and years ahead. I look forward to helping Kaz in every way I can so that succession leads inevitably to success. It was my honor to recommend him to the Board for the positions of President and CEO, because he is ready to lead, and the time to make this change is now.”

Hirai said that Sony is going through challenging times and credits Stringer with steadying the company. Hirai said, “The path we must take is clear: to drive the growth of our core electronics businesses — primarily digital imaging, smart mobile, and game; to turn around the television business; and to accelerate the innovation that enables us to create new business domains.”

He added, “The foundations are now firmly in place for the new management team and me to fully leverage Sony’s diverse electronics product portfolio, in conjunction with our rich entertainment assets and growing array of networked services, to engage with our customers around the world in new and exciting ways.”