Sony dominated the game console hardware, software, and service market in 2016, capturing a total of 57 percent share, or $19.7 billion of spending by gamers, according to market researcher IHS Markit.

Sony is expected to continue this run in 2017 with overall sales expected to rise above $20 billion thanks to growth of digital console games.

But IHS noted that the overall console game market shrank in 2016, and Nintendo is newly competitive this year with the launch of the Switch game console on March 3. Microsoft is also expected to rebound from a decline in 2016 with more digital sales and the launch of Project Scorpio (its upcoming PlayStation 4 Pro competitor) by the end of 2017.

The overall console market hit $35 billion in revenues in 2016, counting hardware, software, and services. Sony’s share was almost double that of Microsoft and its Xbox One. The PS4 ended 2016 with an installed base of 53 million consoles sold to date, compared to 27.6 million for the Xbox One. 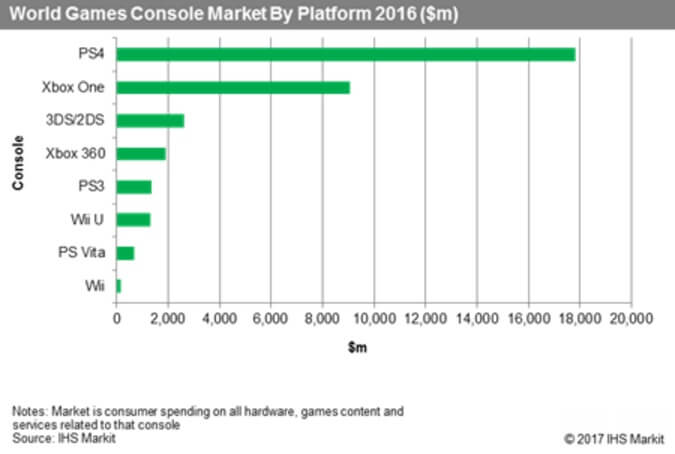 Above: Sony’s PlayStation 4 dominates the market. 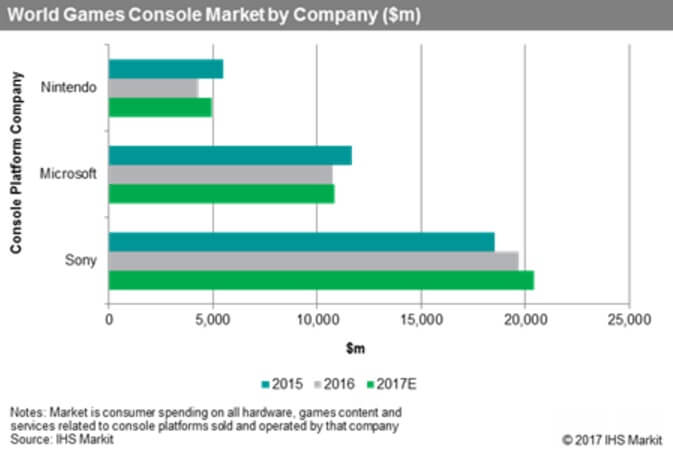 Above: Sony is leading the console war against Microsoft and Nintendo. 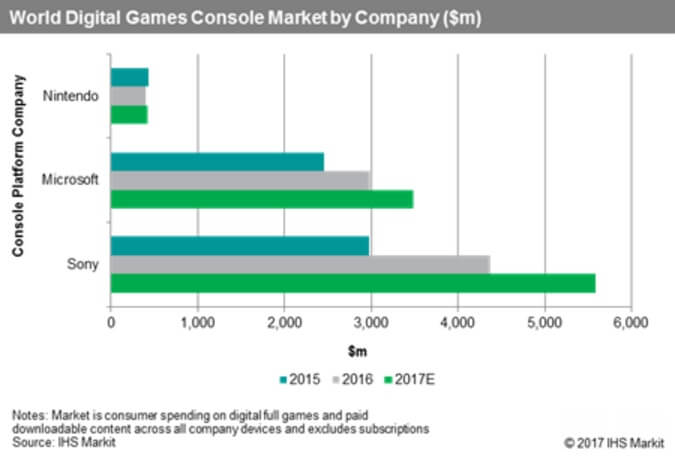 Nintendo’s consoles held just 5 percent share of the digital games content business on consoles in 2016 at $397 million, down from 7 percent in 2015 due to a lack of new games and paid downloadable content releases. This market share decline will slow in 2017 as digital spending on Nintendo consoles increases once again following the launch of the Switch and start to rebound in 2018 based on current Nintendo Switch sales forecasts.

Both companies are evolving their digital games content monetization strategies, with Microsoft recently announcing its Xbox Games Pass offer and Sony confirming that PS4 titles will be coming to its PlayStation Now streaming service in 2017, driving a share of catalog business into new subscription services.