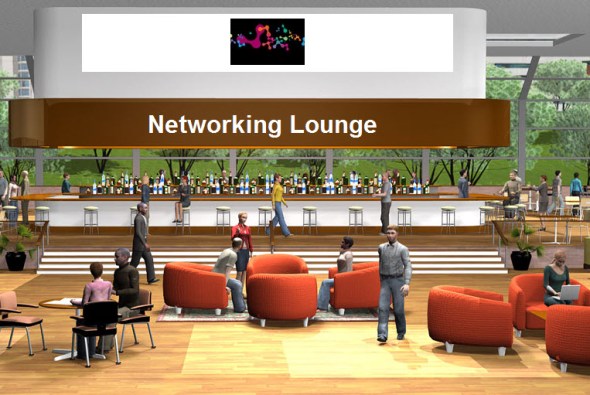 Sony Electronics staged a virtual trade show today for fans of professional broadcasting equipment. The company said thousands of people registered for the event, which was staged by InXpo in Chicago.

The event marks the first time that Sony Electronics has endorsed the virtual trade show concept, which has been pushed by a variety of startups in the past couple of years as a way to cut travel and hotel expenses.

Alec Shapiro, senior vice president of sales and marketing at Sony Electronics, said the show went off as planned and that Sony could probably use the same kind of event across many of its other divisions. 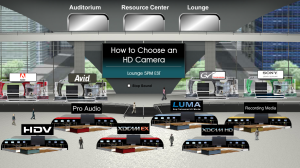 Sony customized the InXpo platform for its own purposes. The event included live panel discussions that attendees could watch and participate in. It also had virtual trade show booths for vendors in the broadcast area like Avid and Adobe. There, the companies could chat one-on-one with visitors, give demos, and otherwise display information about their products. Sony showed off its broadcast cameras for TV stations, filmmakers, fim engineers and event videographers.

Normally, Shapiro said that the company would do a road show across 15 cities, talking to 200 to 400 people at each single-day event. Shapiro guessed that the virtual trade cost less than 50 percent of a real world event, not to mention that most of the virtual trade show material can be reused.

“I see this as potentially replacing some of those shows,” Shapiro said. “It’s part of the trend where we have shifted 50 percent of our spending from the real world to online.”

Shapiro said Sony chose InXpo after a bake-off with several other companies. Those rivals included Forterra Systems, Unisfair and even virtual world Second Life. The latter is favored by IBM and involves attendees creating their own avatars. With InXpo, attendees simply uploaded their photos and did not create avatars.

Sony didn’t charge for its event, given its experimental nature and tough business conditions. Shapiro said the company would evaluate what worked and what didn’t before it decides to stage more of them. It used the publishing company New Bay to stir up interest for the event.