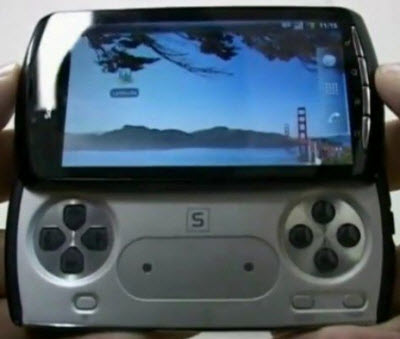 The rumored Sony Ericsson PlayStation phone powered by Android could hit stores as early as April, according to the news site Pocket-lint.

Pictures and videos about the upcoming game-focused phone have been appearing for a few months, suggesting that something is happening. The phone would likely be Sony’s response to the competitive threat from Apple’s iPhone, which has become a major gaming device with tens of thousands of game apps. And since it’s running Android, it will give that platform some much-needed gaming cred as well.

Sony Ericsson also has to worry about the threat from Windows Phone 7 phones, which feature integration with Microsoft’s Xbox Live online gaming service.

Pocket-lint said that the phone would like be announced at the Mobile World Congress in February, not at the Consumer Electronics Show in Las Vegas next month, as some had hoped.

Based on earlier leaks, the phone will come with a slide-out keypad that features game-like controls in the familiar PlayStation pattern of a square, x, triangle, and circle buttons. The device reportedly has a 1 gigahertz Qualcomm MSM8655, 512 megabytes of random access memory, a gigabyte of read-only memory, and the screen is 3.7 to 4.1 inches.

Sony Ericsson hasn’t commented. But the company’s chief executive, Bert Nordberg, said in November, “There’s a lot of smoke, and I tell you there must be a fire somewhere”, when asked about the PlayStation phone’s existence.

“Sony has an extremely strong offering in the gaming market, and that’s very interesting”, Nordberg said before adding: “gaming, including content, is a very interesting proposition”.