A seemingly uninteresting patent recently granted to Sony may reveal some features of the hotly rumored new PSVR 2.

Let’s Go Digital first spotted the patent for a “data processing device.” Now, the patent itself isn’t directly detailing a new version of PSVR, but some of the diagrams used to illustrate the patent reveal PSVR features we’ve never seen before.

Mounted to the front of the device are two cameras. Another is placed on the head ring at the back. There’s also an image of a motion controller that also sports a camera. In the patent text, there’s also reference to a camera attached to a console, much like with the current PSVR setup on PS4.

The mention of cameras both on the headset and console leaves Sony’s intentions for PSVR 2 unclear. It may be that the unannounced headset utilizes both sets of sensors for a unique mix of both inside-out and outside-in tracking. We don’t know of any other headset that uses both methods; Oculus Rift S and Oculus Quest both just use headset-mounted cameras whilst the Valve Index uses external base stations.

Or it may simply just be the company covering all of its bases in this patent and PSVR 2 will end up using just one of these systems.

The existence of cameras on the controllers themselves is also a unique concept. We’d speculate this might serve to increase the accuracy of the tracking. The original PSVR struggles with 360 degree tracking, as the single-camera can’t see your Move controllers when you turn around. With these designs, those problems could be a thing of the past. 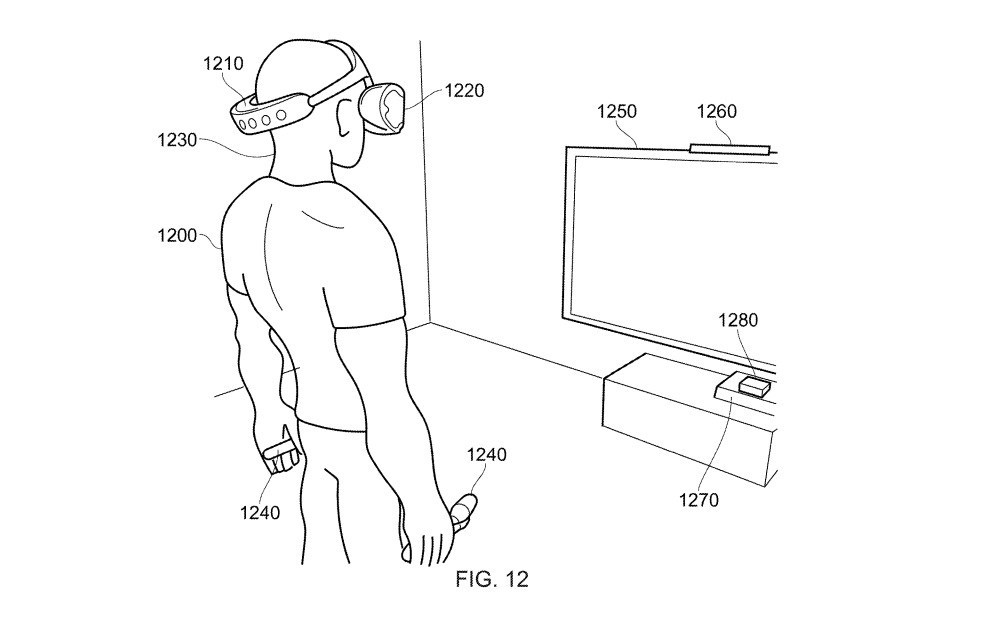 The patent was awarded earlier this month, but surfaces just as Sony confirms more details about the PS5. Yesterday, the company said the console would be releasing in the holiday 2020 period. It also confirmed the next DualShock controller will have adaptive triggers and haptic feedback. For now, we know the console will support the original PSVR. Sony hasn’t officially confirmed a new headset will be released for the device, but it’s looking likely.

Sony has filed a number of patents that may hint at PSVR 2’s design over the past few years. We’ve seen new motion controllers, wireless capabilities and more. What actually makes it into the final headset remains to be seen.