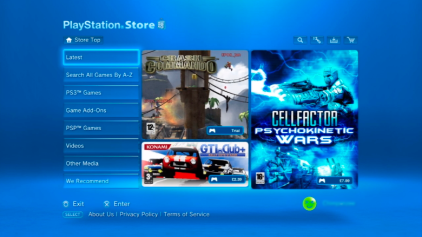 The “Pub Fund” will give Sony the money to seek out talented developers and fund the development of their games, which will appear exclusively on the company’s online gaming network, the PlayStation Network (PSN).

“We see the Pub Fund relationship as kind of a venture capital arm investing in really good enterprising developers with clear visions and the ability to deliver great gaming experiences with a difference, with an edge,” Stander said.

The fund has already injected money into four developers for games that will be exclusive to the PSN. One, a 3D puzzle game maker, was an award winner at the Electronic Entertainment Expo, Stander said.

The Xbox Live Arcade and PlayStation Network regularly vie for original content. For example, Microsoft was able to secure Shadow Complex — a high-profile downloadable title by the Gears of War developers — as an exclusive for the Xbox Live Arcade. Likewise, Sony has been able to snatch games like Flower and Journey, both artistically beautiful and innovative games, from the Xbox Live Arcade.

There are 948 games now available in the PlayStation Network store, as well as 4,000 pieces of add-on content for games. Sony experienced a black eye recently when hackers broke into the network and stole sensitive information about more than 100 million PSN and Station.com users.