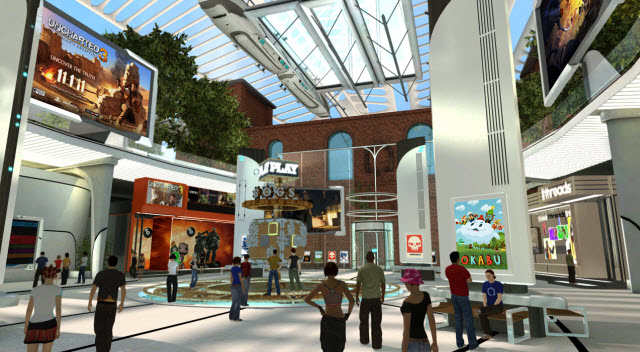 Hoping to jump on a trend, Sony is planning to launch a redesign of its PlayStation Home virtual world, making it into a hub for social games. 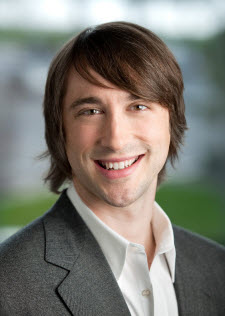 PlayStation Home launched in 2008 for the PlayStation 3 and it has more than 23 million registered users. It is currently a virtual world where users can wander through attractions and stores with their avatars, or virtual characters. But virtual worlds have fallen out of favor, while more users are entertaining themselves in social games on platforms like Facebook. To adapt, Sony is evolving PlayStation Home into a place for gamers to both socialize and play social games, said Jack Buser, director of PlayStation Home, in an interview.

“This is a giant leap in the evolution of the platform,” Buser (pictured right) said. “We are going to ‘up level’ games as the heart of PlayStation Home. This means that Home itself is going to become a game. The first things you see when you get into Home are games.”

Sony showed us its plans for Home at the E3 video game trade show in June and it has been tweaking the experience ever since. The new design focuses on Home’s strength: a core group of hardcore gamers who share a love for games. By giving those gamers a more intense game experience inside Home, Buser believes Sony can keep them engaged for a longer period of time even in an age full of distractions such as iPhones, Twitter and Facebook — not to mention Microsoft’s rival online gaming service, Xbox Live.

The new version of PlayStation Home will arrive this fall. One of the biggest changes is that Sony will now include large-scale group games within PlayStation Home. The central plaza of Home will now be replaced by a futuristic transit place called The Hub (pictured at top). 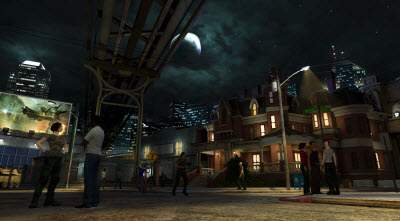 The Hub integrates games, quests, community events and user-generated content. That’s in addition to traditional Home offerings such as navigation, shopping, socializing and viewing entertainment. At The Hub, users can look at an activity board where they will see the various games in progress and missions that they can fulfill. They can also create their own events to share with friends.

The Hub will now be its own kind of “meta game,” where visitors can earn points for game-like activities. For instance, you might be called upon to engage in a group activity within the Hub, such as defending it from an attack.

From the Hub, players can teleport directly into free games, or move to different districts that emphasize different game genres. In the constantly-changing districts, users can find games that suit their own styles and moods. The goal is to rapidly connect players with games that they want to play.

The territories include the Action District (pictured above), where users can associate in a gritty, urban place that looks like a first-person shooter level and provides direct access to action and horror games; Sportswalk, a place that makes you feel like you are “outside the stadium” with access to major league sports scores, headlines, highlights, and sports games; the Adventure District, which drops you into a an island jungle with a lot of mystery, hidden treasure, and adventure games; and Pier Park, a waterfront boardwalk with access to carnival, outdoor, and arcade games. You can take a ride on the Pier Park Ferris wheel (pictured below) or visit the arcade. 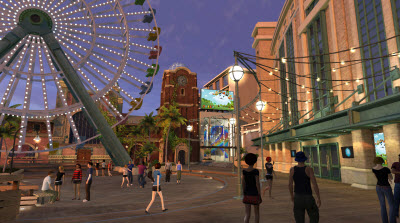 Sony is also planning an update to its core client, which provides the underlying user experience in PlayStation Home. It will allow for a more streamlined experience upon login with separate tracks for new, returning and regular Home users.

The world will also contain new games. One of the new games that Sony will debut on PlayStation Home is COGS, a social game being developed by indie game label Codename.

Buser said the average time spent in the Home platform is 70 minutes per session. There are already 230 games to play in the world and 9,000 virtual items. Home has 65 virtual spaces, 35 partners, and it has held more than 600 community events. Users can still access all of that, but with one big difference.

“We get to users to their games as fast as possible,” Buser said.