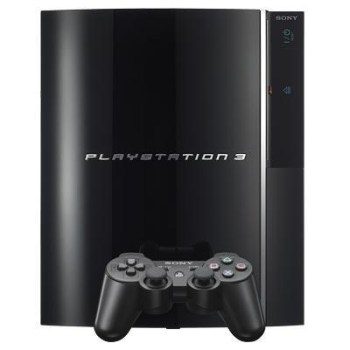 Dashing hopes of a quick economic recovery, Sony reported its first loss in 14 years today, warned of a big loss coming, and dropped a hint it may cut prices on the PlayStation 3.

The strong yen and declining overseas sales are hurting the company’s bottom line. It is also in fierce competition with the likes of Apple, Nintendo, and Samsung.

To help head off even more losses, the company said it would close three factories in Japan and more elsewhere, shedding 16,000 jobs in the coming months after it already shaved 16,000 jobs last year.

Sony disappointed many in recent months by denying rumors of a price cut for the PS 3, which at $399 is the most expensive new game console. But the company predicted it would sell 13 million PS 3 consoles in the coming year, up from 10 million in the past year. That big increase likely means a price cut. That’s still speculation for now, but it’s unclear how else Sony would sell that many more machines. Sony said new games and lower hardware costs would help game profits.

The games division reported an operating loss of $614 million, better than last year’s loss of $1.3 billion, due to improving PS 3 game sales and lower hardware costs. Overall hardware sales were down, due to significantly slowing PlayStation 2 sales, with the PS 2 hitting 7.91 million units sold, down 5.75 million over the previous year. Sales for the PlayStation Portable (PSP) were at 14.11 million, up 300,000, and 10.1 million for the PS 3, up 940,000 units.