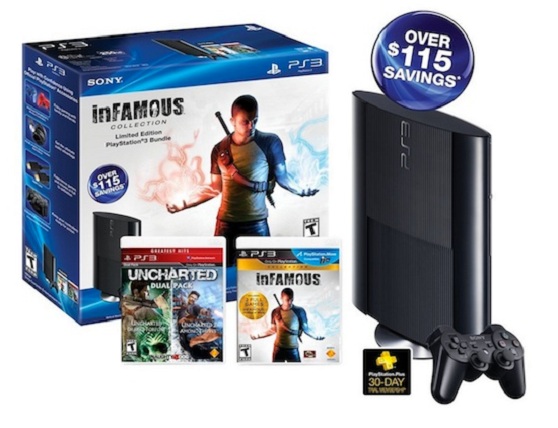 The sales show that bundles and promotions helped push the older console out the door, even as gamers figure that Sony will launch a PlayStation 4 sometime soon. By comparison, Microsoft said it sold 750,000 Xbox 360 units, which launched seven years ago. And that compares to 400,000 Wii U consoles and 300,000 Wiis that Nintendo announced selling in the same time frame, from Nov. 18 to Nov. 24.

PS3 Black Friday bundle sales were up 15 percent, Sony said. Total PS3 hardware, software, and peripheral sales were up 9 percent from a year ago. The Ultimate PlayStation Value Bundle — including a 250-gigabyte PS3, the Uncharted Dual Pack, and Infamous Collection for $199 — sold out across the U.S. In Latin America, sales grew 200 percent, according to Sony.

“We’re very pleased with the Black Friday sales results, especially the incredible reception for the PS3 and PS Vita bundles. The demand was very strong, which quickly depleted our inventory across retailers nationwide,” said Jack Tretton, president and chief executive of Sony Computer Entertainment America. “The PlayStation brand generated significant revenue and year-over-year growth at retail because of our focus on what gamers love most in combining amazing hardware with great games and digital entertainment.”