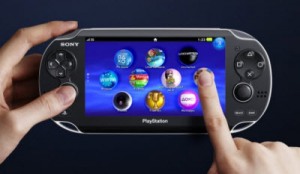 Sony said that it will launch the PlayStation Via portable game machine in Japan on Dec. 17. It will partner with NTT DoCoMo for the console’s prepaid 3G service.

That should put to rest fears among game companies that Sony would face some kind of delay with the launch of the PlayStation Vita, which is replacing the PlayStation Portable and which will compete against Nintendo’s 3DS and Apple’s iOS devices for the hearts of gamers. It shows that Sony intends to remain both relevant and timely in the portable market — in Japan. But the rest of the world has to wait until 2012. That’s consistent with earlier reports.

Nintendo, meanwhile, announced it would make an analog stick add-on for the Nintendo 3DS, which needs a boost in sales. The reports came on the eve of the Tokyo Game Show, a huge fan event and Japan’s largest game event. Sony said it would have 26 launch titles for the Japan launch of the PS Vita.

The connectivity will cost $13 (980 yen) for 20 hours and $65 (4,980 yen) for 100 hours. Square Enix said that it will release Final Fantasy X, which appeared on the PlayStation 2, on the PS Vita. Preorders open in Japan on Oct. 15. Japan is quite frequently viewed as both a test market and the first battleground for new Sony or Nintendo gaming devices.

Both Nintendo and Sony are facing disruption in the handheld gaming industry from smartphone games, many of which only cost 99 cents. Even iPhone or Android games that run $5 or $10 are easier to buy on impulse than a $30 title on the 3DS.

Sony also said it has sold 51.8 million PlayStation 3 game consoles since launching the machine in 2006. The PlayStation Portable has sold 71.4 million units worldwide.