It’s not so hard to figure out that Sony stole the show in the battle of the press conferences at the Electronic Entertainment Expo (E3). I’ve attended all five major press events for Bethesda, Electronic Arts, Microsoft, Ubisoft, and Sony, and it’s easy to see that Sony had the most crowd-pleasing surprises.

That’s all the more surprising because Microsoft announced two new pieces of hardware — the slimmer Xbox One S and the Project Scorpio next-generation console for the holidays of 2017 — while Sony didn’t talk about new hardware. It underscored that games — and surprising people with new games — are really important at E3.

Sony had more exciting games and demos that brought out cheers. Microsoft may very well have games that will play better, but it didn’t show enough brand-new major titles, it didn’t offer new surprises, and its original titles were relatively small independent games.

Everyone else suffered leaks of their best games. But Sony showed off a bunch of surprises that had the audience screaming with delight. Among those surprises: Hideo Kojima, the creator of Metal Gear Solid, showed off his brand new Sony game, Death Stranding. I didn’t understand that demo at all. But is sure looked pretty, and I cheered it with everyone else. 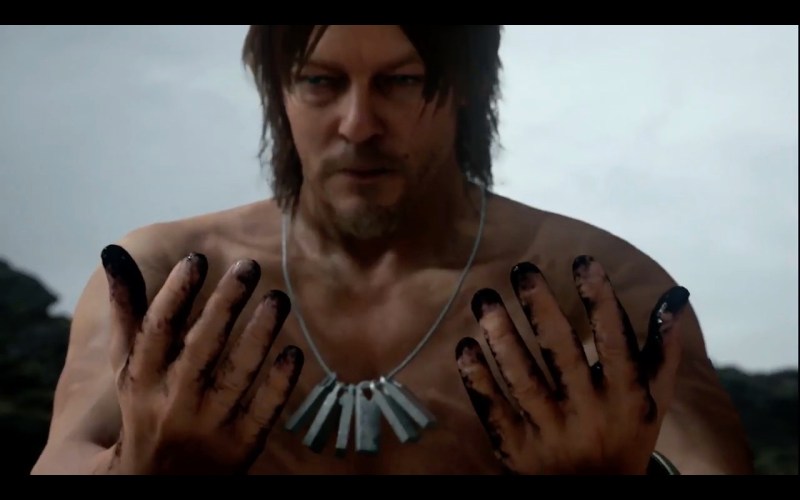 Nintendo sits out the battle

Of course, Nintendo hasn’t announced anything except its Pokemon and Zelda games. Nintendo could have used E3 to talk about the NX, the next-generation game console coming in early 2017. But the company said it wouldn’t talk about that until later. And Microsoft’s Project Scorpio announcement was probably aimed at blunting any NX announcement. So Nintendo essentially took itself out of the running when it comes to getting fans excited about hardware.

Nintendo talked about its Pokemon and Zelda games that’s just not enough to overshadow Sony, which showed off a big line-up of potential blockbuster games.

The big third-party companies started holding their events on Sunday. EA showed how serious it is about Star Wars, with a total of eight studios working on Star Wars games. It took the wraps off Star Wars: Battlefront II, and it spelled out an esports strategy for its big games.

EA showed off a lot of impressive work on Battlefield 1, where it says you’ll never fight the same battle twice. Titanfall 2 looked great as it was one of many games using grappling hooks this year. Sadly, the trailer leaked out before the event, ruining some of the surprise. And EA is keeping Mass Effect fans on edge by showing only a little bit of Mass Effect: Andromeda. 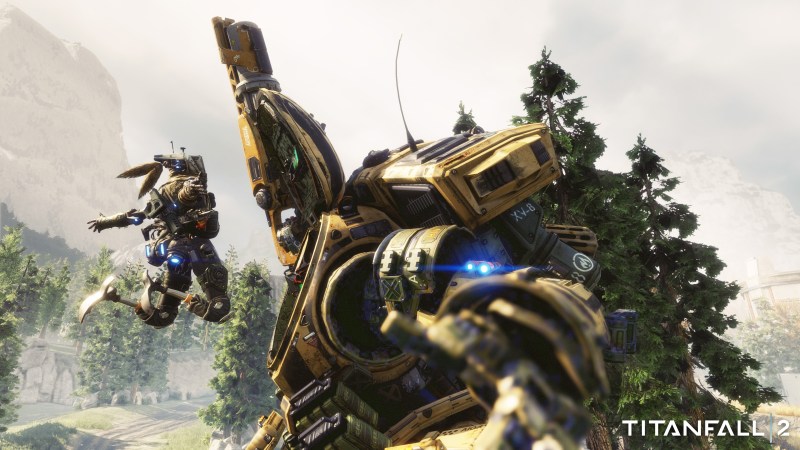 Bethesda had a massive press and fan event that turned into a gigantic party with a concert by the rock band Blink 182. It also showed a couple of remakes in the works, Quake Champions and Prey. Those games look really impressive, but Bethesda didn’t show a sequel to Wolfenstein: The New Order. I almost feel like the company is running through its intellectual properties too fast.

Oddly, it didn’t show its game Battlecry even though it showed a picture of the Battlecry team watching the event. But Bethesda served its fans well, with small things coming for titles like Doom, Fallout Shelter, The Elder Scrolls Online, and other games.

Bethesda also showed it was investing in virtual reality by making Doom and Fallout 4 playable in VR.

Ubisoft had a good event. It had a hilarious segment where Trey Parker and Matt Stone came out on stage to show off the farting in South Park: Fragmented But Whole. The Ghost Recon: Wildlands demo was pretty awesome, as four soldiers showed how many bad guys they could take out when abducting a drug lord.

The company also showed how it is branching into movies with Assassin’s Creed, and it revealed a great hacking scene from its upcoming Watch Dogs 2 game, which is set in my stomping grounds in San Francisco.

It unveiled a single-player campaign for its medieval sword-fighting game For Honor. Then, for its last game, Ubisoft showed off the original winter action-sports game Steep, which has breathtaking action in wingsuit races. And it closed with a passionate appeal by its chief executive Yves Guillemot for original work and taking risks. I really had no complaints about Ubisoft’s press event, but I sure hope they deliver on the promise of all of those games. 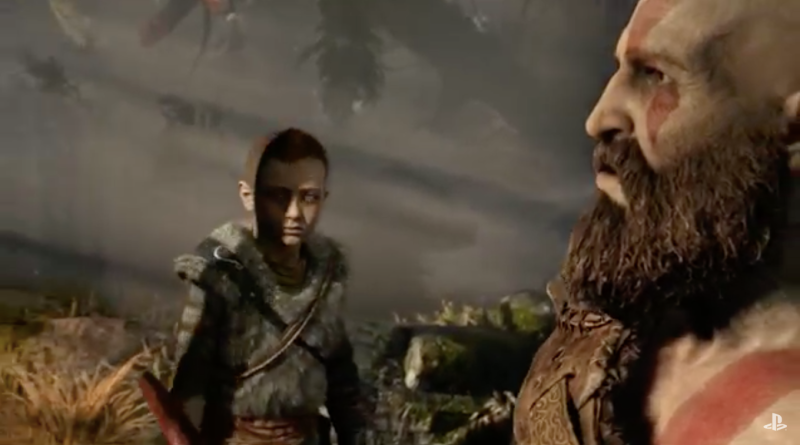 Compared to Microsoft’s press event earlier in the day, Sony’s press event was masterful. From the first demo of a new God of War game from Sony Santa Monica to the closing demo of Days Gone, a post-apocalypse zombie game, Sony showed off high-quality games with interesting stories and uncanny graphics. I haven’t been this impressed with a single company’s press event in a long time.

Microsoft debuted interesting titles like Gears of War 4, but its big titles didn’t seem to carry as much weight. Certainly, the Gears of War demo, which featured a big storm in the background of the action, seemed like it could have been a demo for previous Gears games. I saw nothing that made the Gears game stand out. That means that Microsoft either didn’t show the best part of the game or the game doesn’t have a best part to show.

In an attempt to display something from a major franchise, Microsoft presented Halo Wars 2, which is being built by celebrated real-time strategy studio The Creative Assembly. But Microsoft didn’t show the gameplay of Halo Wars 2, which is a really difficult sort of game to do on a console. (I had a run at it in a demo, and I don’t think it solves it that well.) So I had trouble getting very excited about Halo Wars 2, which leaked earlier. Microsoft also featured Minecraft Realms and its cross-platform play. That franchise has sold more than 100 million units, but the demo just didn’t excite me.

And when Microsoft had a really good game, it didn’t show it well. Scalebound was one of those cool games. You play as a knight with a very impressive dragon. But instead of showing how fearsome the dragon can be, the Scalebound demo focused on a bunch of dragons looking very tiny as they attacked a giant crab.

While Microsoft highlighted Battlefield 1, Sony showed a gripping gameplay scene from Call of Duty: Infinite Warfare, which takes war into space in the solar system.

Perhaps the most amusing thing that Microsoft revealed was the trailer for Dead Rising 4, which is still about all the funny ways that you can think of to kill lots of zombies at once. I was also quite pleasantly surprised with the We Happy Few demo, which reminded me of the humor in a Monty Python film. Sea of Thieves was cute, and it looked like it had good cooperative play as crews tried to control pirate ships. But these pluses just weren’t enough to offset the feeling that there just wasn’t enough surprising good gameplay from Microsoft. 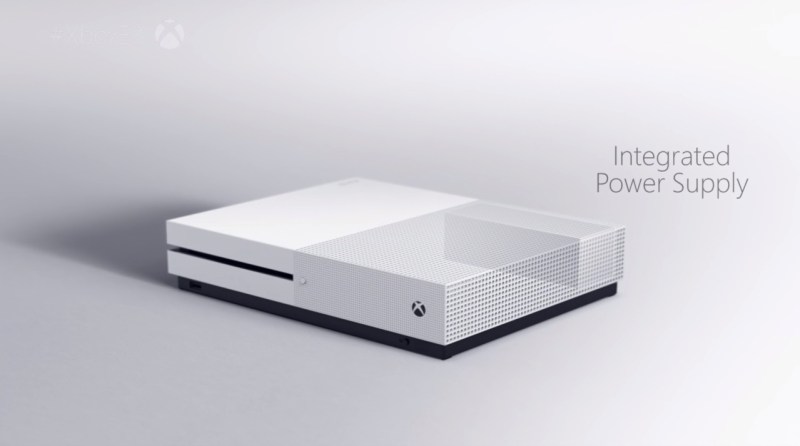 Above: This is the Xbox One S, but Microsoft has another new system coming in 2017.

As for hardware, Microsoft has a very interesting strategy coming together with the convergence of the PC and the console. You can buy Gears of War 4 this fall for the console and play the same game for free on Windows 10. But Microsoft didn’t actually say that Project Scorpio was going to fuse together these two separate markets and hardware devices into one. In other words, Microsoft had a very interesting hardware story to tell at this E3, but it didn’t tell it fully.

Sony came out swinging with its PlayStation VR headset, which will cost $400 when it debuts on October 13. Those headsets are the vanguard of sensibly priced VR, and they could bring a lot of fans to the new platform. Sony claims it has more than 50 titles coming for PSVR, including a number of triple-A franchises like Batman, Resident Evil VII, and Final Fantasy. If anyone can get VR off the ground, it’s going to be Sony.

The company also had the chance to talk about hardware in the form of Neo, a new version of the PlayStation 4 that will work with 4K TVs and run VR fully because it has more powerful graphics. But Sony only confirmed the existence of Neo last week and didn’t say anything more during its press conference. It drew more attention to its games as a result. 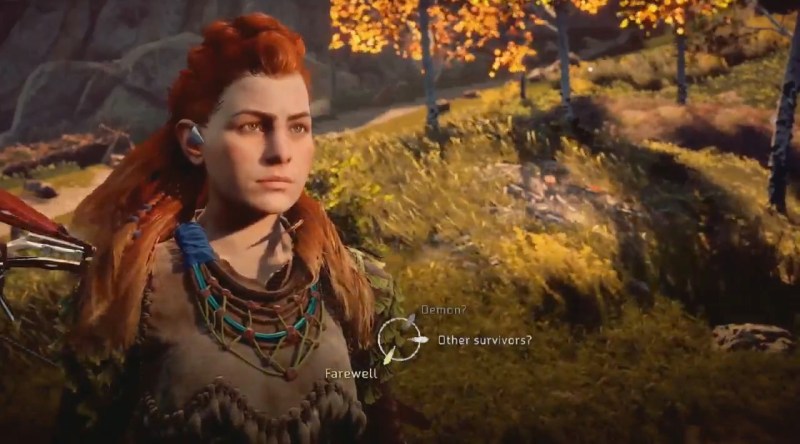 There certainly wasn’t as much screaming from fans at Microsoft as there was at the Sony event. Kojima got a huge round of applause when he showed up.

So did the demo for Resident Evil VII and God of War, which had more emphasis on story than in the past. Sony’s God of War game was not only a surprise — it showed God of War in a different light, in contrast to the same old thing in Gears of War 4. Horizon Zero Dawn also had an impressive extended demo, with a compelling female hero and a fascinating new world.

Sony even gave a launch date for a game that has been lost in the wilderness: The Last Guardian, which has been in development for nine years. That game will launch on October 25, 2016. When fans let out a roar for this game, it felt more like a sigh of relief. But, hey, I think The Last Guardian is going to make some of those fans happy.

Sony closed with a solid demo of Days Gone, a cool zombie-shooting game that reminded me of The Last of Us. Microsoft had its own State of Decay 2 title to compete with Days Gone, but I didn’t see enough of the gameplay to know whether State of Decay 2 could be a contender for one of the best games of the year.

If there was a disappointment, it was that Take-Two Interactive’s Rockstar Games didn’t reveal title. Many expected a sequel to the Western epic Red Dead Redemption.

I’ve never had such an easy time figuring out who won the battle of the press conferences. Like I said, Sony took the show.