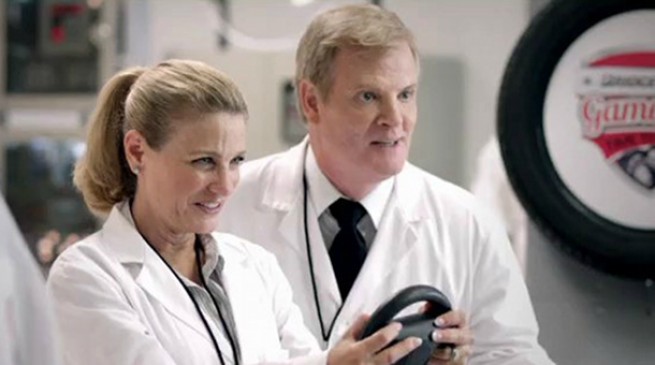 Sony Computer Entertainment America filed a lawsuit against Bridgestone and Wildcat Creek, Inc. on September 11. The claims are based on violations of the Lanham Act, misappropriation, breach of contract, and tortious interference with a contractual relationship. We invested significant resources in bringing the Kevin Butler character to life, and he’s become an iconic personality directly associated with PlayStation products over the years. Use of the Kevin Butler character to sell products other than those from PlayStation misappropriates Sony’s intellectual property, creates confusion in the market, and causes damage to Sony.

Original story: The PlayStation spokesperson and faux-executive Kevin Butler is in trouble with Sony.

Actor Jerry Lambert, who plays the hilarious and arrogant Kevin Butler character in PlayStation commercials, is the president of Wildcat Creek according to Corporationwiki.com. SCEA claims that Bridgestone and Lambert violated one of Sony’s intellectual properties. Which one? Well, Kevin Butler.

In February, Lambert began to appear in a series of Bridgestone promotions. You can see the actor mocking former NFL player Deion Sanders at the end of this ad:

Bridgestone and Wildcat Creek are now running a “GameOn” promotion where customers can get a $70 American Express gift card or a Nintendo Wii console. A recent ad for this promotion — which the official Bridgestone YouTube account has removed from the video-sharing site — featured Lambert in a white lab coat appearing with the Nintendo console and a running copy of Mario Kart Wii.

Above: That is Jerry “Kevin Butler” Lambert on the far left.

I’ve asked Sony for a comment about this situation and what this lawsuit means for the future of the Kevin Butler character. I’ve also contacted Bridgestone. I’m still waiting for a response from both.

SCEA debuted the Kevin Butler character in a 2009 TV spot for the publisher’s MLB 09: The Show baseball game. In that commercial, Lambert (as Butler) was the game’s “Director of Game Accuracy.” He verbally sparred with Boston Red Sox second baseman Dustin Pedroia over the player’s in-game capabilities. Butler then continued on as the main spokesperson in the PlayStation 3’s “It Only Does Everything” campaign, which ended in 2011. Lambert picked up the Butler character again later in 2011 when Sony returned with its “Long Live Play” advertising series.

We’ll have more on this as it develops.