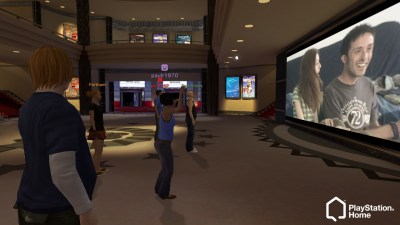 Sony will launch its much-anticipated virtual world, Home, for the PlayStation 3 on Dec. 11. The service will still be in beta testing but it will now be freely available to all 16 million-plus PS 3 users.

The Home experience, which resembles Linden Lab’s Second Life, is meant to draw all sorts of new users together into the world of the PS 3 and to unite users in a social network where they can talk about, buy and play games together.

I’ve been in the closed beta and played around with Home, which has been tested by thousands of users for months now. I created an avatar, or animated virtual character, using the highly realistic 3-D character creation tools that Sony provided. 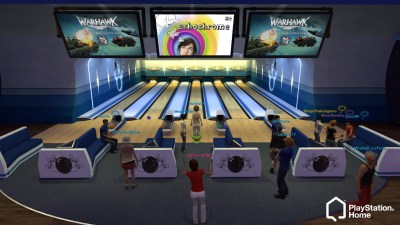 About 18 months in the making, Home is Sony’s big bet in the console battle with Nintendo and Microsoft. It layers an entire virtual world and social network on top of the games for the PS 3. Among the free services: you can join a multiplayer game with friends by just moving near them inside Home and launching a group game.

By contrast, Microsoft and Nintendo believe that gamers might talk to each other via cute little characters, but they have not created a full-blown virtual online space for those characters.

While Home could have been many things, Sony decided to focus the content around playing games and the culture around them, said Jack Buser, director of Home for the U.S. game division. The price is free for PS 3 owners. It is the flagship piece of the PlayStation Network, which already has 15 million members from the PS 3 and PlayStation Portable fan base. Home will let players collect trophies, decorate virtual rooms, hang out in game-related bars such as one for the games Uncharted: Drake’s Fortune, and Far Cry 2. More game spaces are coming. You can also create your own nightclub. 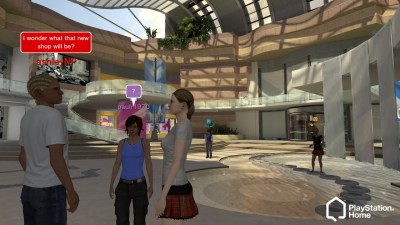 As I noted in my earlier piece, the design of Home is different from Second Life and World of Warcraft. Unlike those fully-built worlds, Home isn’t really a world. It’s more like a series of virtual spaces. If you want to visit your own personal apartment, where no one can visit without your permission, then you teleport there. If you want to go to the central plaza, you teleport there. Same goes for the bowling alley or the bar from the game Uncharted. You’re free to decorate your home as you wish. If you want to listen to music, you can walk up to a jukebox. 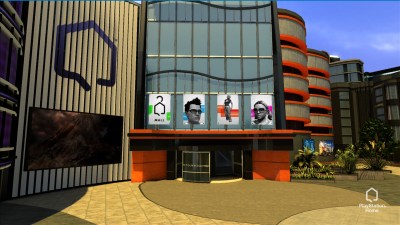 You communicate with other avatars by moving next to them and typing words. It’s not so easy doing that with a game controller. But you can plug a universal serial bus keyboard into a PS 3, and you can also use any Bluetooth head set to talk as well.

In the movie theater, you can go into a room and see what’s playing. You can actually watch that movie with your avatar in a social setting, making comments about it that others in the theater can see. That turns movie-watching into an online social experience. There is a profanity filter, and Home will be compliant with the PS 3’s own parental controls.

Buser said that Home will constantly change, with some things disappearing if they become less popular, and new spaces appearing as they are built. He said Sony will listen carefully to community feedback as it expands the service. Sony is partnering with Activision, Disney Eidos, Electronic Arts, Lucas Arts, THQ and Ubisoft, to develop virtual environments and other content for PlayStation Home. Brands participating in Home include Ligne Roset, a contemporary furniture designer, and Diesel, an international fashion design company. Sony’s sister division Sony Pictures Home Entertainment and Paramount Pictures are also partners. They will provide the latest films or trailers for fans to watch.