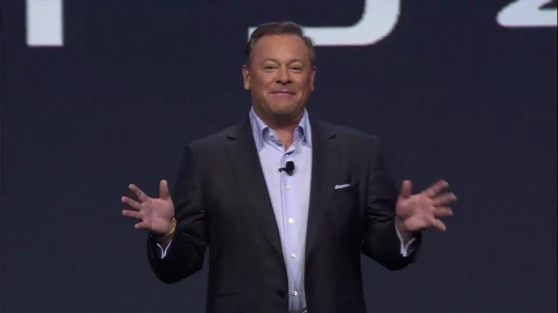 LOS ANGELES — Sony is riding a triumphant wave of happiness after unveiling specifics about the PlayStation 4 at the Electronic Entertainment Expo (E3) 2013. Officially, the PS4 puts no limit on used game sales and trading, and it retails for $399 — $100 less than the Xbox One. Beyond the crowd-pleasing news about cost and player freedom, Sony put together a content-rich show and even breathed a bit more life into the Vita and PlayStation 3.

In fact, the slowly maturing handheld opened the conference. Sony is renewing its support for the Vita by enabling streaming for several PS4 games. Remote play on the handheld isn’t widely supported for the PS3 right now, but the industry-wide infatuation with second-screen play is likely a motivating factor for increased functionality. Sony also teased Telltale Games’ upcoming second season of The Walking Dead: 400 days. The Vita version of Season One will come included with the first episode of the new game, with continued content to release in the future. 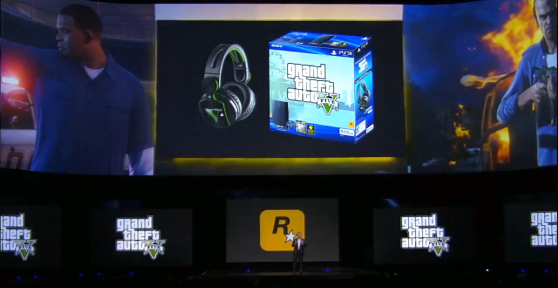 Much like Microsoft, Sony is promising to support its existing platforms well into the PS4’s lifespan. Grand Theft Auto V, one of the most anticipated games launching this fall, is getting its own special console bundle along with a GTA-branded Pulse headset. Early on, Grand Theft Auto was exclusive to Sony, and the initiative to launch a special console comes from a need to rekindle that relationship.

If Grand Theft Auto isn’t enough incentive to keep your PS3 around, Sony showed more footage from Gran Turismo 6, Rain, Puppeteer, and Quantic Dream’s Beyond: Two Souls. While not much new information came out about the other three, new footage from Beyond set a remarkably different tone from the grim and supernatural scene painted at last year’s E3. Jodie Holmes, the tormented heroine of Beyond, got her start through military training, it seems, and engaged in live combat. She lives a very haunted life now, and the military likely harnessed her gifts before she ever used psychokinesis to throw coffee across a room.

Continued PS3 support is heartwarming for many gamers, but the biggest thrill of the conference came from Sony finally revealing the PS4 system design. Andrew House, the president of Sony Computer Entertainment, unveiled the angular box. The PS4 follows the strange two-toned design seen in the restyling of the Xbox 360 and the slim PS2. Part of the console is matte black while the other half has a high-gloss finish. Size-wise, the PS4 looks like it is about the same size as the slim PS3.

Sony is very proud of the PS4’s design and tailored the rest of its E3 lineup to match the console’s sleekness. The onslaught of PS4 exclusives started with the retro-futuristic The Order: 1886 from Ready at Dawn and Sony Santa Monica. Melding Victorian trappings with elevated trains and automatic weapons, The Order is a compelling new direction for two studios that worked primarily on the God of War franchise before now. 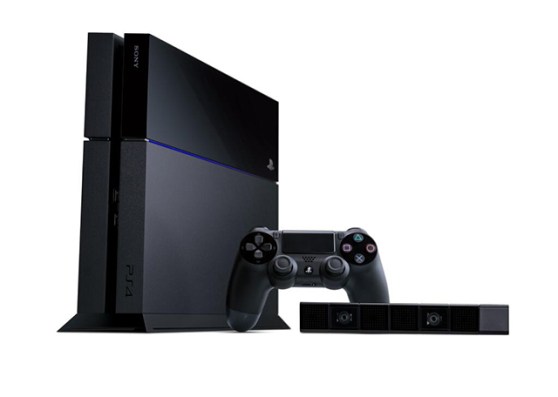 Hits kept coming as Quantic Dream unveiled a humorous sneak peek at The Dark Sorcerer, and Sony reconfirmed its relationship with indie developers. Independent studios can now self-publish on the PS4, meaning they do not have to partner with third-party companies like Ubisoft or Electronic Arts. Sony is officially the first hardware developer that allows self-publishing, and it proceeded to list several studios taking advantage of the feature, including Bastion creator Supergiant Games and Oddworld Inhabitants.

Tension rose after the announcement of an HD remake of Oddworld: Abe’s Odyssey with confirmation that both Kingdom Hearts 3 and Final Fantasy Versus XIII are real and “currently in development.” It’s been a while since Versus was last seen at E3 and apparently long enough that Square Enix decided to rebrand it as Final Fantasy XV. With Lightning Returns in the works as well, gamers have probably had more than their fill of XIII’s world, and it is exciting to see Square embark on a new offline Final Fantasy that borrows heavily from more action-oriented games like Devil May Cry. The traditional turn-based combat system that the Final Fantasy series is known for was surprisingly absent as this game’s protagonist jumped over bannisters and crouched behind cabinets. One thing will never change about Final Fantasy, though, and that’s oversized swords in the middle of a gunfight.

After a dazzling co-op demonstration of Bungie’s Destiny, Sony ramped up to its biggest announcement of the night: the response to Microsoft’s (basically) always-online Xbox One that gives players very little control over how they use their content. Sony’s answer was to give consumers what they want and allow used game sales. The PS4 also won’t require a persistent Internet connection to work. The number of things the PS4 will allow gamers to do reads like someone at Sony simply made a list of every complaint the Internet had about the Xbox One and came up with a satisfying solution. Sony is well aware that Microsoft is a major competitor, but the thinly veiled mockery in Sony’s recent ads and statements makes it clear that the company isn’t going to let Microsoft rest.

No, Sony is gunning for Microsoft and is actively targeting gamers who are distrustful of the Xbox One’s business plan. If that wasn’t clear from directly addressing “no 24-hour sign-in” requirements, Sony setting the PS4’s retail price at $399 is the company’s attempt at a killing blow. Cheaper, conceptually more accessible for gamers, and certainly more profitable for self-publishers, Sony kicked off this E3 by going directly for their competition’s throat.

Sony wants gamers to trust the next generation and is getting a lot right. But one problem might sour some die-hard PS3 users on upgrading immediately. Playing games online is now a premium service, meaning that multiplayer fanatics will have to pay a monthly or yearly fee to get their fix. Before now, such a move might have prompted players to focus on the 360 or Xbox One, but Sony has carefully positioned itself to appear customer-savvy in light of Microsoft’s aloof stance on used games.