Andrew House, the president of Sony Interactive Entertainment, has resigned from his post, and current deputy president, Tsuyoshi “John” Kodera, is taking over effective immediately.

House has been an institution at Sony for decades, and he presided over Sony’s big comeback in games with the launch of the PlayStation 4, which is in a dominant position with more than 60 million units sold as of June. Sony’s nearest competitor, Microsoft, has sold just half that number of its rival Xbox One consoles.

House will remain with SIE through the end of the year to ensure a smooth transition, said Sony CEO Kazuo Hirai in a statement.

Hirai had a lot of praise for House, who worked for Hirai when they were running the U.S. PlayStation business together.

“When I passed the baton of leadership for Sony Computer Entertainment to Andrew House in 2011, I was confident that I was leaving the PlayStation business in the best possible hands, and so it has proved,” Hirai said. “I’m extremely grateful to Andy for the great contribution he has made to evolving the PlayStation business and firmly positioning it as one of the drivers of our future growth.

“Andy and I go back more than 20 years and spent much of this time together, dedicating ourselves to ensuring the success of the PlayStation business. I would like to thank Andy for his contribution over many years and wish him every success in the future.” 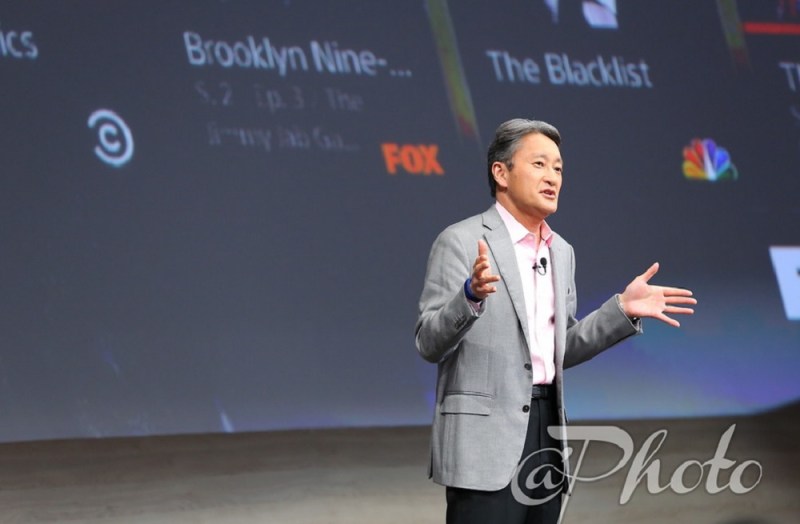 Above: Kaz Hirai, CEO of Sony

In his own statement, House said, “I’m tremendously proud of what we’ve built with PlayStation and Sony Interactive Entertainment: entertaining millions globally with the best in games and creating a fully fledged digital entertainment company. PlayStation has been a huge part of my life for more than 20 years, but with the business having achieved record-breaking success, now seemed to be the right time for me to pursue new challenges.

“I shall always treasure the friendships and people that have made SIE such a wonderful place to work. I’m also grateful to PlayStation fans and gamers around the world for their loyalty and support. John and the team at SIE are world-class, and I know the future of PlayStation is very bright.”

As for Kodera, Hirai said, “John Kodera has led Sony’s network service business since 2013 and played a pivotal role in its growth. He is a truly global executive, possessing strategic understanding, strength of conviction, and outstanding leadership capabilities. Since his appointment as deputy president of SIE last year, alongside Andy he has also been responsible for the company’s overall business strategy and product planning.”

HIrai said that network services are playing an increasingly important role at Sony, and Kodera’s experience will serve the PlayStation business well.

Kodera said he was honored to be named the SIE chief.

“I’m very grateful to Kaz and Andy for the trust and faith they have shown in me,” he said. “I intend to build on the amazing progress Andy has made enhancing the PlayStation brand and expanding the game and network services business and will strive to further strengthen the unique value proposition we are able to offer via the PlayStation platform.”