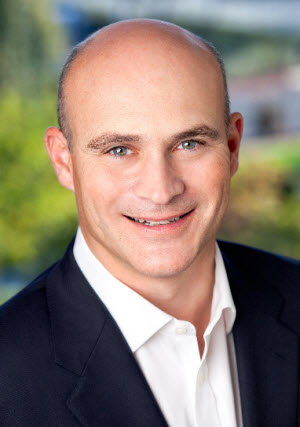 Sony is pulling out all the stops with tonight’s launch of the PlayStation Vita handheld gaming device.

Guy Longworth, senior vice president of marketing and PSN at Sony’s U.S. game division, said in an interview that the $50 million U.S. advertising spend will be the biggest the game division has ever spent on the launch of a product in history.

Dressed as their favorite game characters, fans are already lining up at the Sony Style store in New York for a live launch event. The marketing plan ranges from “cosplay” live events to a lot of TV advertisements based on the theme “you can never stop playing.” Longworth said Sony’s marketing will show off the line-up of 26 launch titles that are already on the market and underscore the fact that the platform will last for five to 10 years. He noted that a hundred more titles are in development.

“We’re focusing the attention on the strengths of the Vita platform: the hardware, the great lineup of games, and access to all of your digital entertainment,” he said. “We think it’s all pretty compelling. We’re aiming it at core gamers who are crying out for the opportunity to have a console-like experience on the go.”

Those gamers likely haven’t found the iPad or iPhone compelling enough when it comes to playing hardcore games based on outstanding game brands, such as Sony’s Uncharted series, which is making it to the Vita in the form of Uncharted: Golden Abyss.

While that title hasn’t gotten the best reviews (see ours), he said, “What it does is allow you to play a franchise that many gamers are familiar with in a new and engaging way. It has dual analog sticks and touchscreens.” Longworth claimed that reviews of the games and hardware are ahead of Sony’s expectations.

So far, the Uncharted title has been the top game selling via preorders and on store shelves, Longworth said. Other hot titles include Mod Nation Racers, Hot Shots Golf, and Little Deviants. Sony’s Unit 13 is also aimed at shooter-game fans. And he noted that Lumines Electronic Symphony from Q Entertainment is also getting a lot of attention.

“We are excited to have a lineup that appeals to anyone who is interested in gaming,” Longworth said. “We want to bring the best experiences and best brands to the platform, not only from Sony but from third parties as well. The hardware offers a canvas for developers to do different things. FIFA Soccer plays incredibly well on the Vita, and we think sports games in general will be big on it.”

Longworth acknowledged that developers will face a learning curve in creating games for the Vita, but he said, “We are delighted with the speed with which these developers can deliver great experiences. We couldn’t be happier with the quality of the games, and that is why we are spending the $50 million in the first few months.”

As for supplies of the Vita, Longworth said the company has been working closely with suppliers to ensure adequate shipments, but he said the availability of the handhelds will depend on demand. While some gamers have balked at the $249 price, Longworth said, “We think this an incredible experience you get with the Vita and that gives great value to the consumer. We have something for everyone, from AAA titles at $49.99 to downloadable games at more accessible prices.”

He added, “We have to reiterate that we are in this for the long-term.”