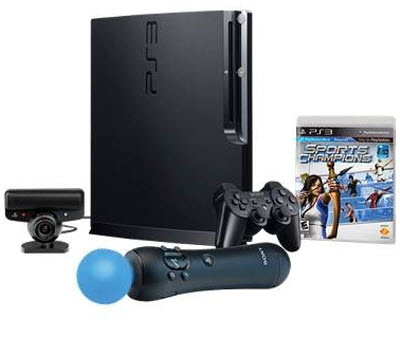 Those are astounding numbers for any consumer electronics products. But in the video game business, they still mean that Sony is in third place among the Big Three. The good news is that all three major console makers are enjoying a robust and profitable business in this generation of consoles.

By comparison, Nintendo has sold more than 86 million Wii consoles and Microsoft has sold around 53 million Xbox 360s. And Microsoft has shipped more than 10 million motion-sensing Kinect systems since November. Sony marked the milestones at the end of its fiscal year, as of March 29.

The PlayStation 3 went on sale in 2006, while the PlayStation Move went on sale in September. Since sales continue to be brisk, Sony isn’t expected to launch a new video game console anytime soon. Nintendo, by contrast, has seen a significant slowdown in the past year for the Wii, and it is now rumored to be announcing a new console at the E3 game show in June.

Sony also said that the PlayStation Network now has more than 75 million registered accounts in 59 countries, across both the PS 3 and the PlayStation Portable. The PlayStation Store on the network has a total of 105,988 downloadable items, including games, movies and TV shows. Sony and its partners now have 155 Move titles on the market, while the PS 3 has 2,128 games available. Those games have sold more than 480 million units worldwide. In the U.S., more than 80 Move titles will be available by the end of the year.