Sony is taking its huge library of PlayStation 3 games to the cloud, which means players can soon access those titles from their tablets and smartphones … but they’ll need a DualShock 3 controller handy to actually control those games.

Sony Computer Entertainment confirmed that while the PlayStation 4 and Vita can play PS Now games without using the old joystick, smartphones, tablets, and Bravia TV sets will require the PS3’s DualShock 3 controller, as first spotted by The Verge. PlayStation Now is Sony’s upcoming, cloud-gaming service. It will enable gamers to play PS3-era games instantly without having to download them — similar to the same way that Netflix serves up movies.

“It’s [about] how these games were developed,” PlayStation marketing vice president John Koller told The Verge. “We want to continue the experiences as they were meant to be played on the controller.”

That means that PlayStation Now isn’t quite as convenient as some might have previously thought. Sure, you can take the game-streaming service with you anywhere, but you’ll also need to keep a DualShock 3 in your purse.

Of course, the requirement makes sense. Without the DualShock 3, Sony would have to build a virtual control layover for PS Now that would sit on top of every game. Streaming service OnLive tried that with games like THQ’s Darksiders — the results were quite silly: 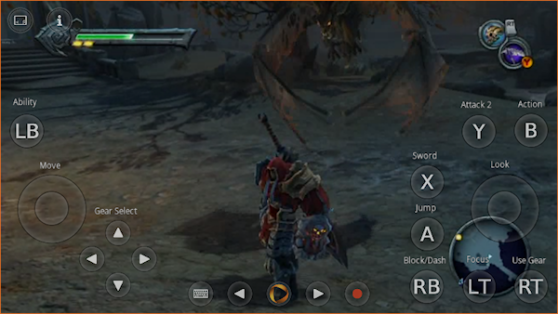 Above: Darksiders’s control scheme on the OnLive game-streaming service.

PlayStation Now will enter a closed testing period later this month. Sony plans to open up the service to everyone later this year.