Spotify has been available on a multitude of devices for years, including mobiles, tablets, and smart TVs, but it has hitherto been absent on games consoles. While its arrival on the PlayStation 4 and PlayStation 3 is a milestone moment for Spotify itself, it also signifies the end for Sony’s own Music Unlimited service, which officially closed yesterday.

Spotify on PlayStation Music isn’t just a direct port from its existing tablet or TV apps, however, and the two companies have been working together closely to create something more tailored for a games consoles. For example, the version for PS4 sports background-listening, meaning you can play games and listen to music simultaneously. 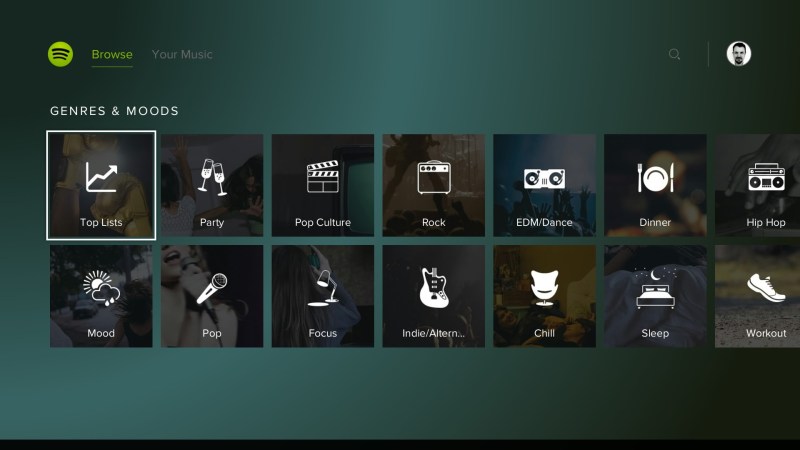 Above: Spotify on PlayStation

Also, you can control the music using Spotify Connect, meaning your phone or tablet are essentially controllers while your gaming continues in the foreground. This effectively means you don’t have to pause the game and switch apps — you simply touch a button on your mobile to skip a track or turn the music down.

Spotify usually restricts its free tier to mobile, tablet, and PC users; listen on something like a Samsung smart TV or Roku and you need a paid subscription. But buried within the launch news today was one mildly surprising tidbit — even free Spotify users will be able to use the service on PlayStation. Sony Music Unlimited didn’t have a free tier, but with Spotify now in tow, gamers who are willing to tolerate adverts while playing Grand Theft Auto V can get in on the music action, too.

The new PlayStation Music service is landing on the PS4 and PS3 today, with support for Sony Xperia Android phones and tablets coming later. The full 41 launch markets are as follows: