The Seoul-based company is South Korea’s largest maker of mobile games, with hits such as Marvel: Future Fight, and it recently acquired the Vancouver division of Kabam, maker of Marvel: Contest of Champions, as part of its drive into Western games. The IPO would be South Korea’s biggest since Samsung’s insurance arm went public in 2010.

Netmarble also has a huge hit on its hands with Lineage2: Revolution, a mobile game that made more than $176 million in revenues in its first month in South Korea. Netmarble is preparing to launch the game in other markets beyond South Korea. 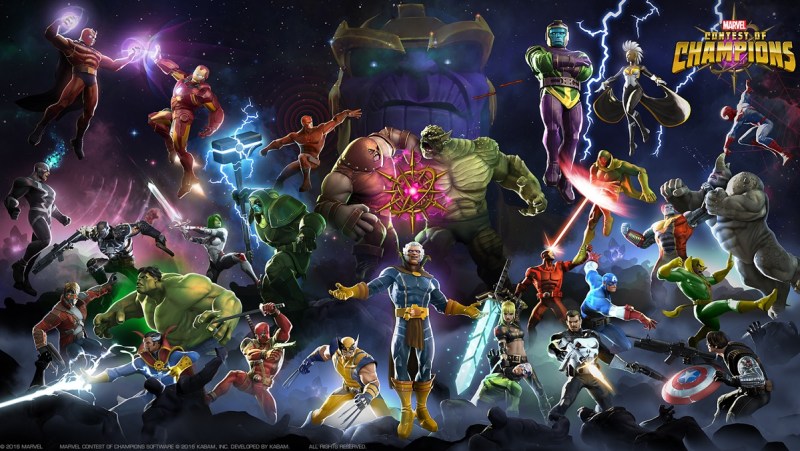 Above: Marvel Contest of Champions has generated more than $200M in revenue.

The company plans to sell 17 million shares at a price range of 121,000 South Korean won to 157,000 won, Netmarble said in a filing yesterday. Final pricing will be announced on April 24.

Bang Jun-hyuk started the company in 2000 with 100 million won of capital (about $90,000), and the company is now the ninth-largest game publisher in the world, according to App Annie.

NH Investment & Securities Co. and JPMorgan Chase & Co. are the lead management firms for the IPO. Korea Investment and Securities Co. and Citigroup Inc. are managers. Bang sold a stake in Netmarble to South Korea’s CJ in 2004. He quit in 2006 with health problems, and he returned after a five-year break.

He is now the largest shareholder with 30.6 percent ownership, while CJ holds 27.6 percent and Tencent Holdings has 22 percent. Part of the money raised from the IPO will be used to pay down debts of 897 billion won, while 1 trillion won would be used for deals and investments. The company wants to be among the top five global game companies by 2020.

In 2015, Netmarble invested $130 million in Jam City, formerly known as SGN. Netmarble’s Kabam division has recently had troubles with a flawed update to Marvel: Contest of Champions. The update was widely criticized and triggered a boycott by players. The game is still ranked No. 19 on App Annie’s top-grossing mobile games list on iOS.