With success like Dead Cells and Into the Breach, roguelikes (and tweaking their mechanics, as in Slay the Spire) are becoming a growing trend in indie gaming. Sparklite uses randomized levels and strict death penalties to give The Legend of Zelda formula an interesting twist. I played it at a Microsoft indie games showcase during the Game Developers Conference 2019 in San Francisco this week. It’s coming out this fall for PlayStation 4, Switch, and PC from Red Blue Games (which has made some small games like Mini Fish for iOS).

Sparklite casts you as Ada, who uses gadgets like wrenches and hammers instead of a sword and shield. But it has a distinct Zelda look and feel, especially invoking the aesthetic of Link’s 16-bit adventures like A Link to the Past and The Minish Cap.

The differences between Sparklite and Zelda become apparent after you die … or rather, pass out. Then an airship retrieves with a crane and restores you. While on the ship, you can use the resource sparklite that you’ve acquired from your last playthrough to buy upgrades. This can include extra health or new gadgets.

So while you lose your progress and some of the items you’ve found, you can make yourself stronger. 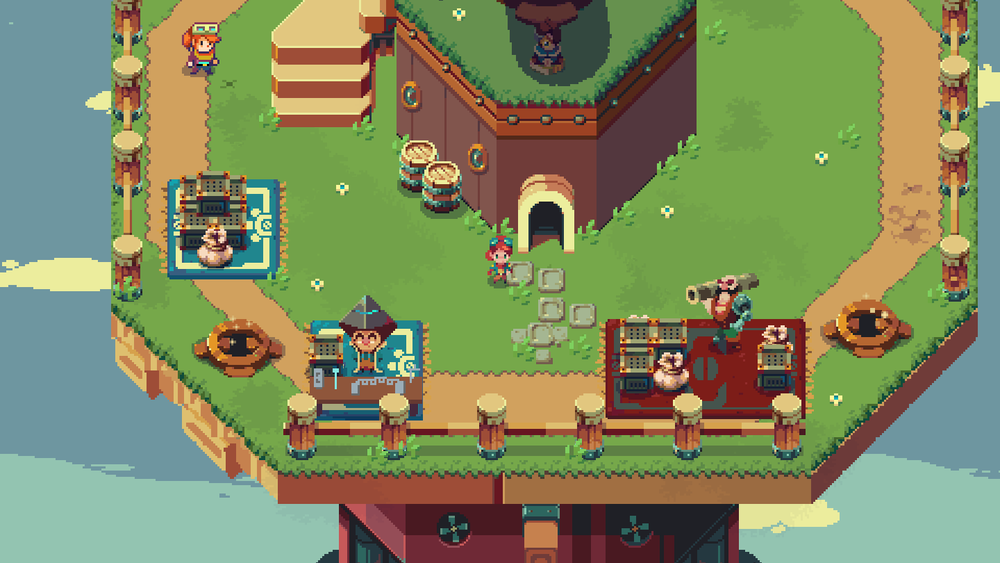 Above: This is where you can buy upgrades.

You can also upgrade your gun. Yeah, that’s another big difference from Zelda. Ada can shoot things. But it’s an energy weapon, and it runs out of ammo pretty quickly. You can recharge it by attacking enemies with your melee abilities. Being able to hit things from a distance is pretty advantageous, so upgrading your gun’s energy storage can be a big help.

But death isn’t just a chance to buy upgrades. After you die, the world’s layout changes. So your objective will be in a different place than it was before. This isn’t as punishing as it sounds, since your map still shows you where you have to go. But the changing layout makes each trek back into the overworld feel fresh. 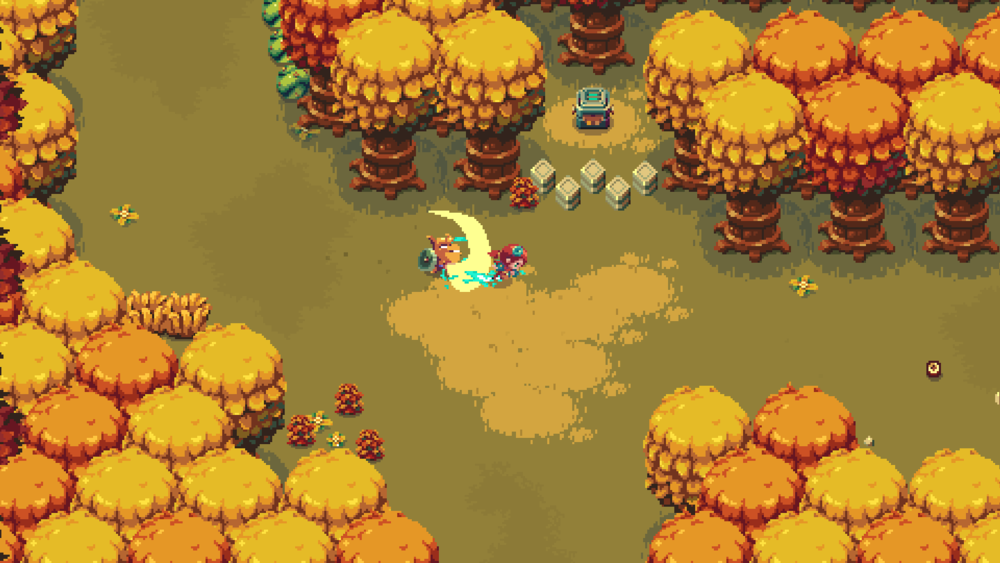 Above: This world is always changing its layout.

Sparklite is gorgeous. The pixel work is on par with any of the classic Zelda games. It’s beautiful and colorful, and the fantasy-tech vibe gives makes it feel fanciful. It would take a lot of deaths before I became bored with just taking in Sparklite’s artwork.

Based on what I played, it appears to have good bosses. I only came across one, but he was a challenge. It was a robot with four legs. I had to take out each one before the body fell to the floor, making it vulnerable to attacks. The difficulty comes from trying to avoid being smashed by the legs or sliced by spinning saw blades. I died a few times to this boss, but after each death, I was eager to get a new upgrade and try fighting him again.

Roguelikes have become so visible that some may see them as passé, but Sparklite is pretty and enjoyable, and Red Blue Games makes this Zelda-inspired game work. If you’re a fan of A Link to the Past, you’ll want to look out for this one this fall.