Spire Animation Studios is one of the first recipients of a new Epic Games grant initiative and fellowship program called Unreal Shorts. It’s for companies that create animated films using Epic’s Unreal Engine, and Spire is one of 45 grant recipients so far.

Spire is a new studio created by animation producer Brad Lewis, who made movies such as Ratatouille and How to Train Your Dragon: The Hidden World, and entrepreneur P.J. Gunsagar (Prana Studios, Kidaptive). They’re working on a computer-animated film called Century Goddess, which has funding from Connect Ventures (started by CAA and New Enterprise Associates). The film is about freedom of expression in a dictatorship that suppresses artists. Spire also has a few other projects in development in Los Angeles.

(We’ll have a panel on animating digital humans with Paul Doyle and Vladimir Mastilović of Epic Games at our GamesBeat Summit 2021 event on April 28 and April 29.)

“We’ve been on this slow-moving collision between traditional production and what’s happening with these next-generation, real-time technologies,” Lewis said in an interview with GamesBeat. “And once you can prove out the quality, there’s really no going back. And we’re at the forefront of doing that on the feature-length animation side.”

Rob DiFiglia, Epic’s head of business development for animation studios, said in an interview with GamesBeat that the grant program isn’t just for indie filmmakers. Academy Award winners are going through the fellowship program associated with the grants. At least one of the projects is a major feature film. One of Epic’s big hits was Disney’s The Mandalorian, which used the Unreal Engine.

“This is for top to bottom, and there are ways that we fit in with each level,” DiFiglia said. “The work they’re producing is just stunning.”

DiFiglia has spent a lot of time recruiting animation studios for the grants. Spire happened to be looking for new ways to create animations.

“Our goal was really about telling world-class original stories at the highest quality level of feature animation,” Lewis said. “And equally important to us is bringing in new storytellers. And one of the ways we thought that would that really be possible was by looking at real-time workflows and trying to create an animation pipeline that was more intuitive, that felt much more like a live-action director would experience on a live-action set. Breaking the assembly line approach to production would give us more at-bats.”

Marc Petit, the general manager of the Unreal Engine, said in an interview with GamesBeat that Spire Animation Studios is many companies that have gotten grants, but Spire is the first one that wants to talk about it publicly. The amount of the grants are in the low hundreds of thousands of dollars.

“Our goal is not to fund it entirely, but to de-risk the idea of working on a new pipeline and working differently,” Petit said.

Starting in the pandemic

Above: A test scene for Century Goddess, an upcoming film from Spire Animation Studios. In this test sequence, characters Tara and Durga trek toward the temple of the goddesses.

Risk was a big topic during the past year. Epic Games started the program in April 2020, at a time when the whole animation industry was in a state of upheaval because of the pandemic. Studios were still figuring out how to retain staff and get people to work from home. Ultimately, lots of animated films were started as it was easier to produce those kinds of films rather than traditional movies built on giant sets.

Petit said that Epic was telling animators that Unreal was perfect for animation production because it was a single, simpler toolset.

“Budgets were also under pressure,” Petit said. “We decided to create the Unreal Shorts program. Our motto is ‘small but Epic.’ What we see is some amazing diversity of work being done on a budget.”

The grants are an extension of Epic’s Mega Grants program for game developers. As with the game program, Epic doesn’t take any ownership stake in the animation companies in exchange for its grants. Studios can also use other tools if they wish.

“We have 45 projects being supported by the program, and we track more than 600 people working every day on the production side,” Petit said. “What we’re helping with is bootstrapping of the pilot and the production.”

Petit said strategic reasons are behind the grants. Epic Games wants to expand to the film and animation industries, getting them to use the Unreal Engine just as game developers do. And those animators can create animated films that could also be used in Epic’s larger ambitions to build the metaverse, the universe of virtual worlds that are all interconnected, like in novels such as Snow Crash and Ready Player One. The metaverse will be about more than games.

How Spire is using Unreal 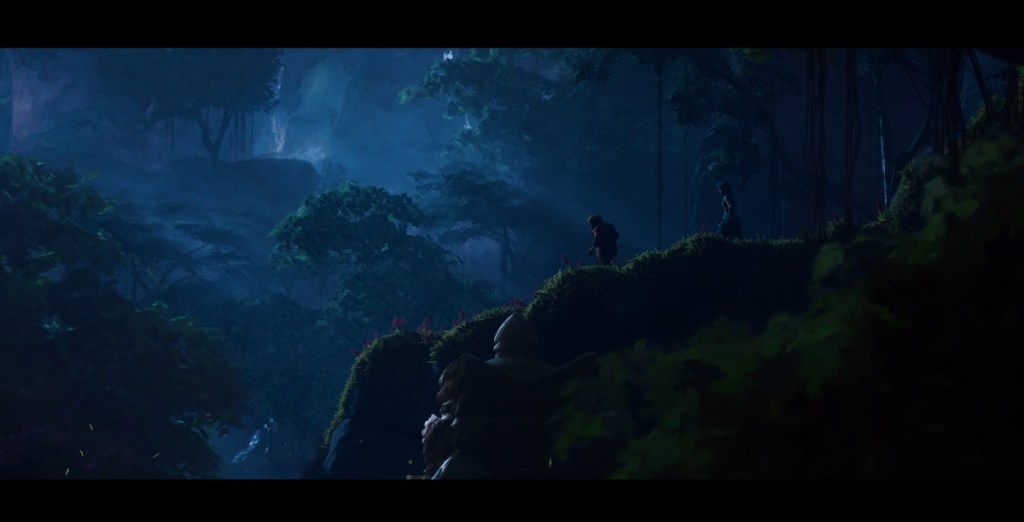 Above: Spire Animation Studio’s Century Goddess is one of the Unreal Shorts grant winners.

Lewis was at Pixar Animation Studios for a decade. He produced Ratatouille and was co-director on Cars 2. He also produced DreamWorks Animation’s first feature, Antz, along with How To Train Your Dragon: The Hidden World and The Lego Batman Movie.

Lewis said that the animation team is looking for an animation pipeline that is more intuitive.

“We’re just about wrapping up the test and we have some really great insights for real-time workflows,” said Lewis. “What’s promising here is you can see all of these elements simultaneously in real time, in contrast to seeing one effect at a time in a production line.”

Lewis said that more complex projects will still require more tools beyond Unreal. With animated feature films or other movies that have budgets in excess of $50 million, the entertainment companies usually use a more complex pipeline where Unreal may be just one of the tools. Separately from the program, companies such as Tencent are using Unreal in dozens of animated films.

“With real-time rendering, you get efficiency and a boost for creativity because you can rapidly iterate,” Petit said. “It is taking some time for the ecosystem to develop.”

DiFiglia said that a lot of the smaller studios are liberal about sharing their learnings with others in the community.

“We really feel you’re limited by your own creativity, because you can do photorealistic work in many different styles and it’s really fun to see the diversity that we’re getting from visuals,” Petit said.

Spire has about 25 people now, and it expects to ramp up to 125 by the end of the year. The studio is still working remotely, but it is hopeful that it could bring people together sometime in the summer. Epic Games could still be a bigger part of Spire’s future.

“We’ve started discussions about a longer-term technical partnership,” Gunsagar said in an interview. “They could be a great partner for us.”

Spire is still figuring out how it will use the Unreal Engine in conjunction with other tools with its current films, but the company is bullish for the long term.

“We will ideally work with them going forward on how we integrate the engine in a pure feature pipeline,” Lewis said.