Coming off the OnLive crash, gamers may not be ready to believe in a revolutionary new game technology. But that’s exactly what Japan’s Square Enix is promising with its Core Online service, which enables free-to-play high-definition games in a web browser. No discs. No installation. No waiting. You just click on a browser link and start playing. 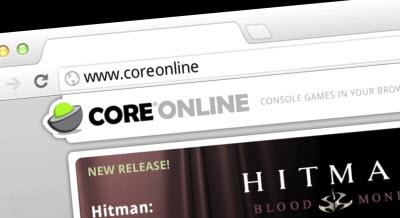 Like cloud gaming, Square Enix’s technology and free-to-play business model offers yet another promise to make the $60 console game and the physical retailer into dinosaurs. But innovation is more believable because it is coming from Square Enix, which is one of the world’s biggest game publishers. (Its long-lived Final Fantasy games have sold more than 100 million copies worldwide). Google is playing a key part as well. The technologies show that the age of 3D gaming on browsers is upon us.

Tokyo-based Square Enix’s subsidiary, Hapti.co studio, developed the technology so that users can play popular console-quality games on the web. Those games include titles like Hitman: Blood Money, Mini Ninjas, and Lara Croft and the Guardian of Light (pictured at top).

“Square Enix is at the forefront of experimentation of new business and services models in the game industry,” said Yoichi Wada, chief executive officer of Square Enix Holdings. “Through our Core Online technology service, users can access our content easily through the browser.”

The technology combines Google’s Native Client platform that allows a web page to tap a computer’s 3D graphics hardware to render images inside the web page. It also takes advantage of Square Enix’s own proprietary technology to extend Core OnLine to both the Firefox and Internet Explorer web browsers. 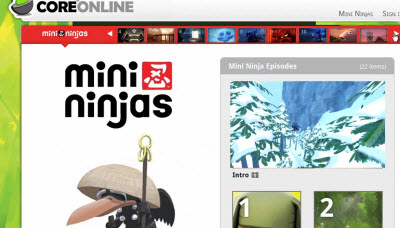 The result is a reduction in friction, or delays and obstacles, that stop people from playing games instantly. With Core Online, users can click on any level in a game and start playing it immediately. When you save the game, it is stored in the cloud, so that you can access the game and starting playing again in the same spot from any compatible web browser.

Square Enix is also kicking off a new business model for Core Online. Players can play for free if they click on video ads that are similar to TV advertising. Once you watch the ad, you can play the game for another 10 minutes or so. Or you can skip the ads by purchasing levels or entire games.

Core Online launched today. The Guardian of Light will launch in October. An upcoming title is Tomb Raider: Underworld, another title in the blockbuster Lara Croft series (which has sold 35 million copies), and puzzle-RPG Gyromancer will also be available on the service. More titles will be coming within the year.

Of course, the newest titles coming from Square Enix — like the Tomb Raider reboot and Hitman: Absolution — will still require a disk or a lot of storage on a PC or console. The browser-based games will probably start out small, based on older generation games, and become more ambitious over time. 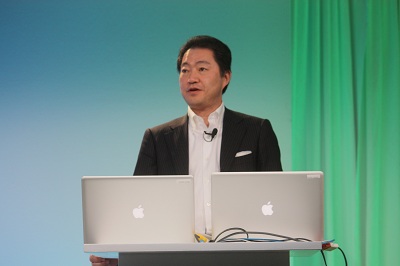 In an exclusive response to email questions from GamesBeat, Wada said that the team at Hapti.co studio started developing a browser-based plug-in for Windows games in 2011. They called the technology the Square Enix Secure Launcher.

“From there, Hapti.co was quietly experimenting with the technology and created a service around the plug-in, as well as the efforts of our Native Client work with Google, to bring our games to the consumer in a friendly and flexible way,” said Wada (pictured right). “That began with Mini Ninjas in March 2012. We’re now ready to take the next step and spread the word about the service to our fans as we evolve the content selection and business models.”

Wada is being careful not to hype the business opportunity yet. He said, “We’re in an early phase where we are understanding consumer’s interest and preferred payment models. The browser allows us to present content in unique ways; users can now play high-definition games instantly, on any supported PC, starting and stopping where and when they wish. This is a new frontier for us, and we’re absorbing significant knowledge as we take the lead and grow the service.”

David Guldbrandsen, the managing director of Hapti.co studios, said via email that Core Online is using Google’s Native Client technology as well as other enhancements. Mini Ninjas is already available on the Chrome Web Store as a featured app with 3D graphics. The Square Enix Secure Launcher extends the 3D technology so that it can run in Internet Explorer and Firefox. It uses Microsoft’s ActiveX for Internet Explorer and Mozilla’s Napi technology for other browsers. The technology is similar to Adobe’s Flash or Unity Technologies’ 3D browser plug-in, which you download once. 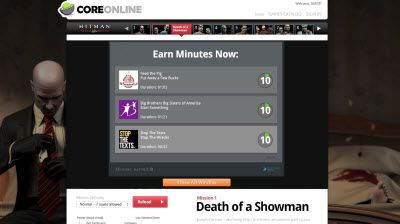 “The plug-in in itself is very small but allows us to execute game code efficiently within the browser,” Guldbrandsen said. “In time we want to release as many fantastic Square Enix games as possible. It is our ambition to give everyone the possibility to play a great variety of games with very high quality.”

In contrast to OnLive or Valve’s Steam service, the browser is the delivery platform. Yesterday, Firefox separately announced its support for compressed textures, which frees up memory that game developers can use to run better browser games.