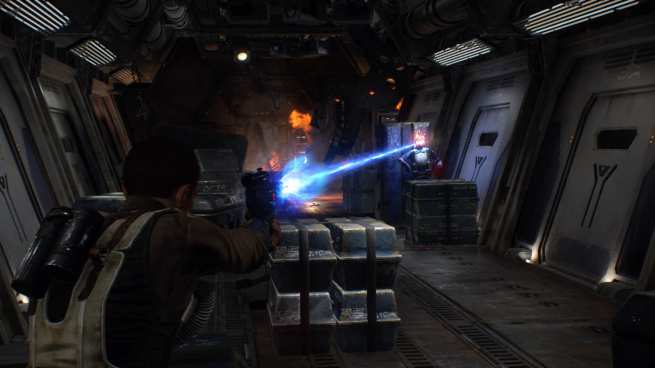 Star Wars 1313 is an unprecedented effort for LucasArts. The darker and grittier take on George Lucas’ beloved science-fiction universe is the first Mature-rated Star Wars title, and it represents a never-before-seen collaboration among LucasArts, Industrial Light and Magic, Lucasfilm Animation, and Skywalker Sound. For these reasons — and a few more that I’ll get to later — the game emerged as one of the darlings of the 2012 Electronic Entertainment Expo (E3).

I had the chance to attend a behind-closed-doors presentation of 1313 featuring key figures from the Lucas cadre of studios, and I came away from the experience with an equal amount of excitement and intrigue.

The game takes place within the seedy underbelly of Coruscant, the city-covered planet made famous in the Star Wars prequel films. With the title still in pre-production, the gameplay on display featured placeholder characters. In this case, the player controlled a bounty hunter working alongside an equally shady mercenary. The demo I watched centered on the duo descending toward the experience’s namesake level 1313, “the most dangerous place in the Star Wars galaxy” according to LucasArts’ Matt Shell.

While riding a freighter destined for the level in question, the group gets ambushed by an enemy force. The bounty hunters proceed to employ cover-based tactics, taking out hostiles with their blasters while moving their way up the cargo vessel. Eventually, the player-controlled character finds himself literally having to jump ship to another craft, which triggers an equally dramatic segment involving a lot of jumping, climbing, collapsing environments, and fire. 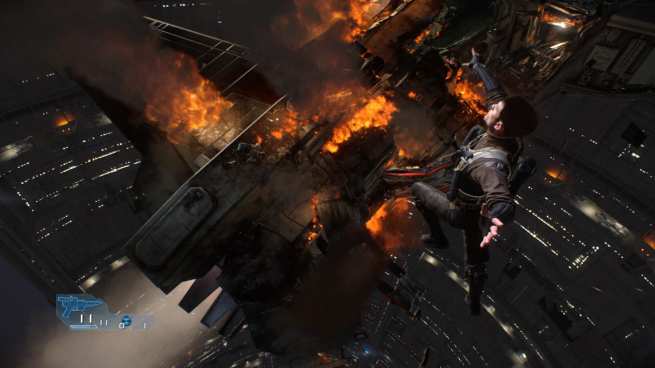 And speaking of gameplay, 1313’s particular combination of third-person, stop-and-pop shooting mechanics and elaborate platforming sequences are another first for a Star Wars title. In the words of Craig Derrick, a lead producer at LucasArts, “that mix really connects the player to a more grounded and relatable world, the world of 1313.” While many will make clear comparisons to the Uncharted series, Star Wars fans have been asking for these types of experiences within the galaxy, far, far away, and 1313 definitely aims to deliver just that.

The game also showcased some impressive visuals, a result of the aforementioned collaboration between LucasArts and its sister studios. Everything I saw, from the lighting to the facial animations, was leading edge. Even the rig running the PC demo was custom built with help from Nvidia. While LucasArts hasn’t confirmed when we’ll see 1313 or which platforms will support the title, the graphics would definitely challenge the current cycle of systems.

So we might just be looking at one more first — the first big-time Star Wars release for the next console generation.