Electronic Arts is revealing more details about the first downloadable content for Star Wars: Battlefront II, one of the most anticipated video games of the year. The first drop of seasonal content is The Last Jedi Season, which is synchronized with the release of Star Wars: The Last Jedi film coming on December 15.

In advance of that, EA will launch Battlefront II on November 17 on the Xbox One, PlayStation 4, and Windows. Then it will debut The Last Jedi Season downloadable content (DLC) as a free update for players.

“We are doing that because we don’t want to split the community,” said Paul Keslin, multiplayer producer at EA’s DICE studio, in an interview with GamesBeat.

In the DLC, you’ll have to choose either the Light Side or the Dark Side. The DLC will feature five new planets where you can stage starfighter battles. You can lead ground assaults on 11 worlds, and join Inferno Squad (the Imperial Special Forces team that is the subject of the single-player campaign) for the first section of the new single-player campaign. The DLC will also feature new maps, vehicles, heroes,  and villains. 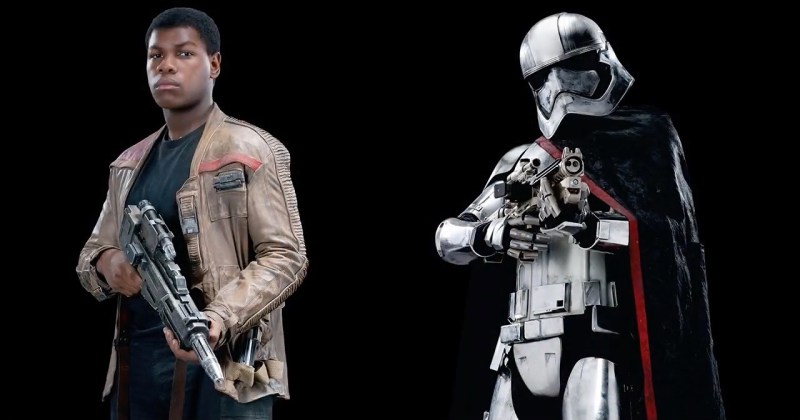 Above: Finn and Captain Phasma

On December 5, you’ll get to choose whether you want to be aligned with the First Order or fight for the Resistance. That will determine how you can participate in special challenges that will grant your faction specific rewards. On December 13, Finn will become available for the Resistance, and Captain Phasma will be available for the First Order. They can be purchased with in-game credits during that week.

Whichever faction is victorious in completing the most challenges that week will net a reward as well: a special Crate of high-power upgrades for Finn or Captain Phasma.

New locations and vehicles will also arrive. On December 13, the cinematic content from Star Wars: The Last Jedi continues with a new planetary map: Crait. The Starfighter Assault map of D’qar will debut that day as well, plus a new hero ship — Tallie Lintra’s RZ-2 A-wing. Poe Dameron’s T-70 X-wing is also upgraded with a new ability inspired by Star Wars: The Last Jedi.

Iden Versio will return in a single-player story, Battlefront II Resurrection, where you’ll join her during the rise of the First Order.

“Your choice of faction will continue to matter. Throughout December, you’ll see your chosen faction’s progress reflected in-game, as you fight alongside allies from around the world to swing the tide of battle,” EA said.