CMGE, the big Chinese mobile game company, said that Star Wars: Commander has become a No. 1 hit in China, generating more than 1 million downloads in just four days. That shows that the Chinese have a growing appetite for Western content — and that Star Wars is a kind of universal entertainment.

Licensed from Disney, CMGE (China Mobile Games and Entertainment Group) tailored this Clash of Clans-like strategy game for the Chinese market and promoted on the many app stores in that country. That’s consistent with a trend of Western developers partnering with local Chinese companies to take their work to China, which has become the biggest market in the $30 billion mobile gaming industry.

The Chinese mobile game market is about 51.4 billion renminbi, or about $7.8 billion, and it has more than 396 million users, according to market researcher Dataeye. Ever month, more than 1,000 mobile games are released in China.

CMGE went private in August 2015, so it doesn’t report revenues publicly anymore. The company says it has been the No. 1 mobile game company in China for the past nine quarters. Under the deal with Disney, CMGE got the rights to publish the game in mainland China, Hong Kong, Macau, and Taiwan. CMGE has 1,200 employees.

Star Wars: Commander comes from Disney Interactive. It originally launched in August 2014, and it had more than 20 million downloads, according to Disney. But China’s mobile game market is the most competitive in the world, and Disney needed a partner like CMGE to localize it and get the game on all of the app stores and distribution channels. 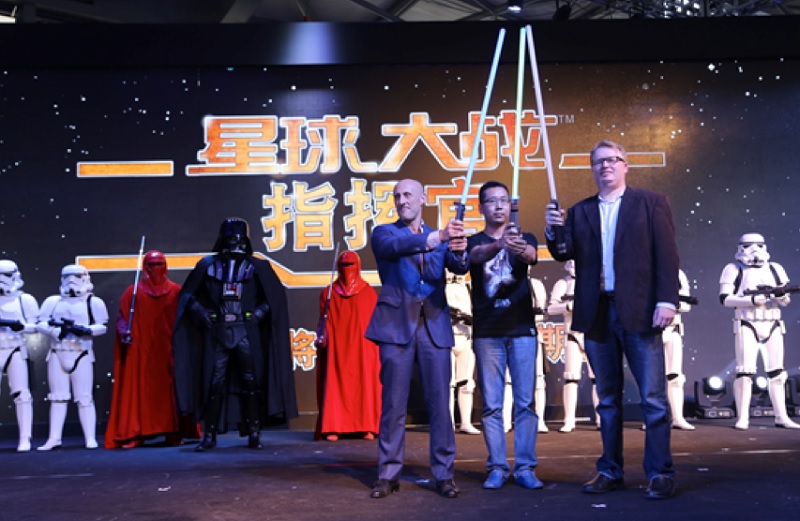 Four months before its release, CMGE began promoting Star Wars: Commander to the public. In August, it had a news conference at the ChinaJoy trade show. It started a national marketing campaign, including advertising the game on Running Man, a popular TV show. When the movie was released in China, Star Wars: Commander started climbing the charts.

“Disney trusts us as a professional partner for localizing and publishing Western games,” said CMGE CEO Ken Jian Xiao in a statement. “Disney and CMGE both gain recognition of market and the maximization of mutual interests. Working with Disney, as a win-win project, CMGE shows our partners the abilities of successfully localizing and publishing games. It certainly will help us gain more opportunities to work with international brands and develop overseas markets together, introducing more and more great games into China and bring our games abroad as well.” 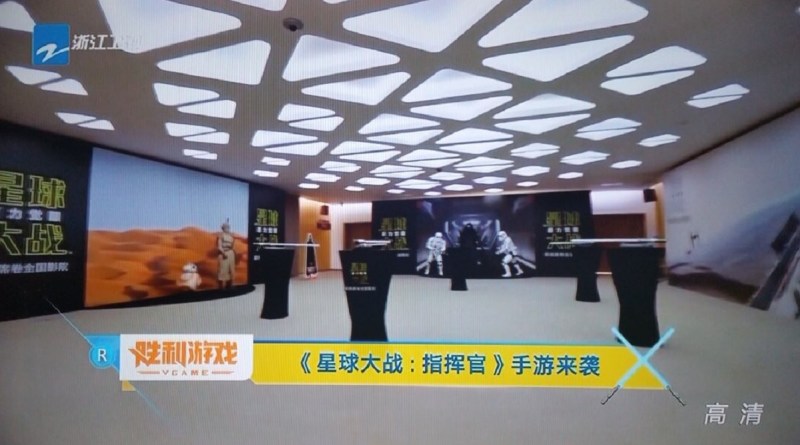 Above: Star Wars: Commander is getting a lot of air time on Chinese TV.