The Void has won a heap of praise for its New York-based virtual reality experience: Ghostbusters: Dimension. And now the Lindon, Utah-based company is expanding to open two new Void Experience Centers in Las Vegas and Glendale, California, near Los Angeles.

Virtual reality fans have been dishing out some money for PC-based and mobile-based VR systems. But The Void is making location-based VR experiences that deliver a bigger impression with a theme park-style approach.

The Void created the Ghostbusters: Dimension VR experience at the Madame Tussaud’s wax museum in New York, and it charges $53. For that price, consumers get tetherless VR, 3D audio, motion sensors, and other kinds of feedback that attempt to immerse you in the world of Ghostbusters. The fans put on VR headsets attached to backpacks and then hunt ghosts with a proton gun in their hands. These extras help make it more realistic and distinguish The Void’s products from low-end VR.

While the price for the New York experience may be hefty, it’s a lot cheaper than paying $1,000 or more for a home experience with a high-end gaming laptop required to run a good VR experience. (Here’s some other Star Wars VR experiences). 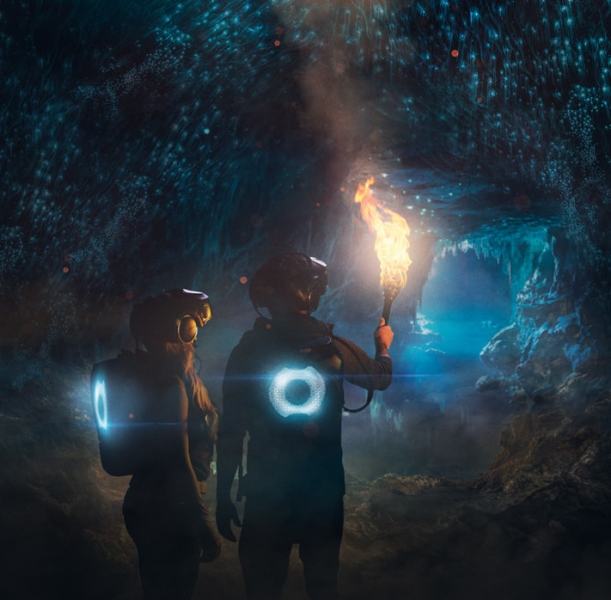 Above: The Void is a tetherless VR experience.

The Void is partnering with real estate firm GGP to bring The Void to The Grand Canal Shoppes at the Venetian/The Palazzo hotels in Las Vegas and the Glendale Galleria. The locations will open in early 2018.

Disney announced earlier that The Void will create a new VR experience at Disney’s theme parks: Star Wars: Secrets of the Empire. And The Void confirmed that both locations will features the Star Wars experience, produced in collaboration with Disney Lucasfilm’s ILMxLAB. It will be powered by technology from Facebook’s Oculus VR.

“As we continue on our mission to bring immersive and interactive entertainment to a broad consumer audience, partnering with GGP creates the perfect opportunity to expand our network,” said Void CEO Cliff Plumer in a statement. “When it comes to immersive entertainment, seeing is believing and that’s never been truer than with hyper-reality. Partnering with Oculus has enabled us to provide the most human experience imaginable, transporting guests to entirely new worlds. We look forward to opening our unique entertainment centers in additional key markets throughout 2018.”

Disney is also adding the Star Wars: Secrets of the Empire at Disney Springs at the Walt Disney World Resort in Orlando, Florida; the Downtown Disney District at the Disneyland Resort in Anaheim, California; and in London at the Westfield shopping center in Shepherd’s Bush.

“Our partnership with The VOID emphasizes GGP’s curation strategy of adding entertainment concepts and new experiences to our regional shopping centers,” said Melinda Holland, senior vice president of business development at GGP, in a statement.