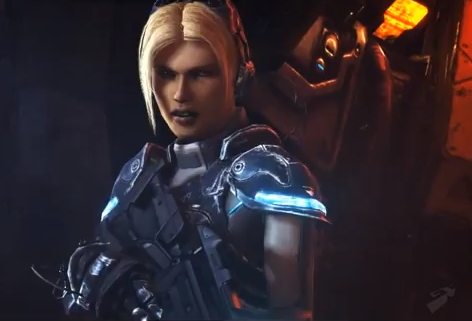 A trailer for Starcraft II: Heart of the Swarm — the second episode of Activision-Blizzard’s massively popular real-time strategy (RTS) game franchise — found its way onto the Internet over the weekend and has appeared on video streaming site YouTube.

Starcraft II: Heart of the Swarm, the latest from Blizzard’s insanely popular Starcraft franchise, will probably be one of the most highly anticipated games of this year or next — although no release date has been announced yet. A leaked trailer means the game could be close to being finished — and it could mean that other real-time strategy (RTS) game makers either need to step up their game or plan a different release date to effectively compete with Blizzard’s behemoth RTS franchise.

The trailer includes references to Sarah Kerrigan, one of the main nemeses in the original Starcraft game. Kerrigan was a member of the Zerg, an insect-like alien race that swarms and tries to spread across the galaxy like a virus. She was originally a powerful member of the Terran army — the equivalent of humans in the Starcraft universe — and a psychic before being converted into a human-Zerg hybrid. That first episode of Starcraft sold millions of copies and is still widely played today.

Starcraft II has proved to be extremely popular with gamers and sold more than 1.5 million copies in about two days. The game is particularly popular because of its extensive multiplayer options. It’s a prime candidate for electronic sports leagues, where professional gamers compete in tournaments for cash prizes. Starcraft II lead designer Dustin Browder said Blizzard cut a lot of content out of the game and made it less graphically intensive to make it a good candidate for e-sports.

Heart of the Swarm is the second of three episodes planned for the Starcraft II trilogy. The first episode — Wings of Liberty — came out in August last year. Blizzard chief executive Mike Morhaime said gamers could expect more details about Heart of the Swarm in the next few weeks during the company’s earnings call on May 9 — meaning Activision-Blizzard could be poised to make an announcement about the game during the Electronic Entertainment Expo convention in the second week of June.

You can view a full version of the trailer for Heart of the Swarm below.