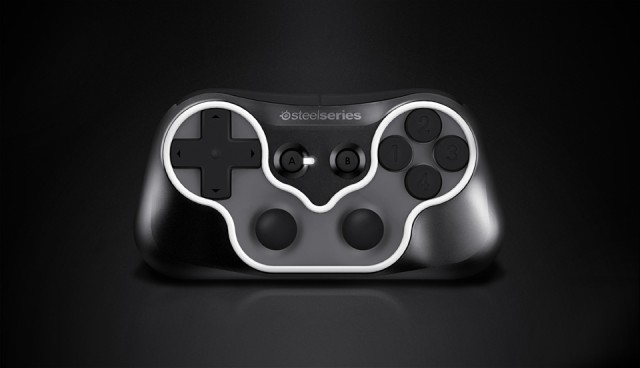 One of the most persistent problems with gaming on smartphones and tablets is the lack of physical controls. This has created an opportunity for developers to create unique game experiences, but more traditional-styled games that have found commercial and critical success, like EA’s Dead Space and Gameloft’s N.O.V.A. 2, mimic the control style found on traditional gamepads. Touch controls are good enough to play, but are still a far cry from the feel of a physical controller.

The SteelSeries Ion Bluetooth controller, revealed at CES, is the first product I’ve found that offers the gamepad experience without the bulk of a full-size controller. SteelSeries, a videogame hardware manufacturer that produces gaming keyboards, mice and headphones, developed the unique controller with an exceptional 20-hour rechargeable battery. What makes the Ion unique is its long battery life, incredibly small size, and its overall design and feel.

While SteelSeries did not have a working unit, I did have hands-on time with a model that the company stated was an accurate representation of the weight and final build of the controller. The Ion is roughly as tall and wide as a business card and about an inch thick. As you can see in the image below, the back is textured to mold to the hand, with space for fingers to rest properly. It feels very solid, and SteelSeries representatives tentatively said this is because the battery will be the majority of the weight and will fill most of the controller. 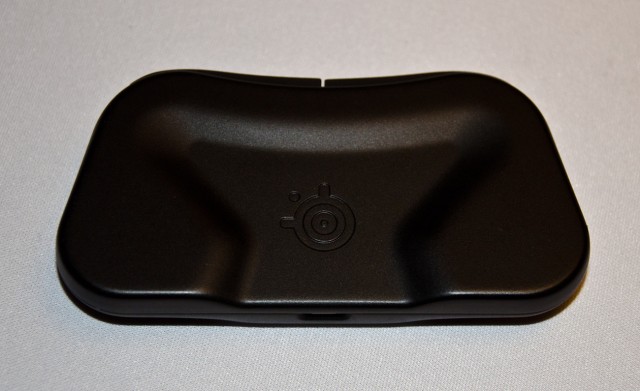 Like the Sony PS Vita, which recently released in Japan, the two thumbsticks are very low and very tight. They have a short field of movement but are very sturdy. The inspiration for the thumbsticks actually came from the PSP, according to SteelSeries. The D-Pad is similar to the original Nintendo Famicom controller, while the four face buttons are very close together. The buttons have deeply ingrained markings, so users will be able to tell which buttons they are pressing by touch alone. There are two bumpers and two additional buttons, which on larger controllers are typically the start and select/back buttons.

As games become more intensive and tablets and phones more powerful, better methods of control will be required to get the most out of these games. A controller that can easily slip in and out of the pocket, is comfortable to use, and has a long battery life, is an excellent solution, so long as game developers support it. For the Ion to work with mobile games, game developers must program commands for it instead of the touchscreen. A software development kit (SDK) isn’t available yet, though SteelSeries has worked with several developers and says that programming for the Ion requires little additional work.

Game controllers have been unsuccessful for smartphone and tablet use to date, either because they too big, or are built directly into bulky phone cases. The small size and long battery life are key differentiators for the Ion. SteelSeries’ history of creating high-end gaming and audio equipment can certainly bolster buyer confidence, although the Ion is the company’s first traditional-style gamepad.

SteelSeries expects to release the Ion in Q2 or early Q3 2012. It hasn’t announced a price point for the controller yet.