Gary Stern has been making pinball machines for decades. At Stern Pinball, he’s busy keeping up with demand for pinball machines, which have become very sophisticated under the hood and are newly popular in places like bars with classic arcades.

We caught up with Stern at the 2015 International CES, where his nostalgic pinball machines stood out in a sea of futuristic technology. Hidden among the the latest tech toys was a booth that took us back to the old pastime from the days before video games. Stern has lived his entire life around pinball games, as his father owned Williams, the pioneering pinball company. And Stern started Stern Pinball in 1986. He sold his Melrose Park, Il.-based firm to Sega in 1994 and then bought it back in 1999.

His newest machine is a WrestleMania variant, which has a new platform, dubbed the Spike System, underneath the hood. It has a lot less wiring and considerable computing power, compared to the older S.A.M. System, which has a half mile of wiring in it. The WrestleMania machine sells for $5,995. 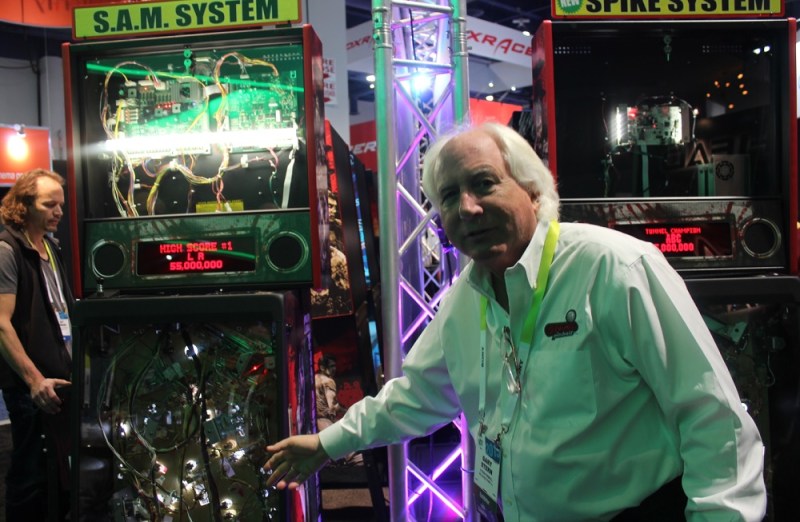 Above: Stern shows off the older S.A.M. System for pinball at CES 2015.

Stern said an interest exists for having pinball machines in the living room, but the games are also doing well at a chain of bars known as Barcade, which features classic arcade titles and draft beer from local and regional American microbreweries.

Stern’s new Spike system is a modern and scalable electronics hardware system. It makes the machines more reliable and serviceable. You can swap out a memory card to change the game. It uses varying size liquid crystal displays (LCDs) on both the playfield and the backbox part of the machine. And it has advanced illumination effects and higher-quality sound. It won’t short out that easily from electrical surges, and it uses less electricity. 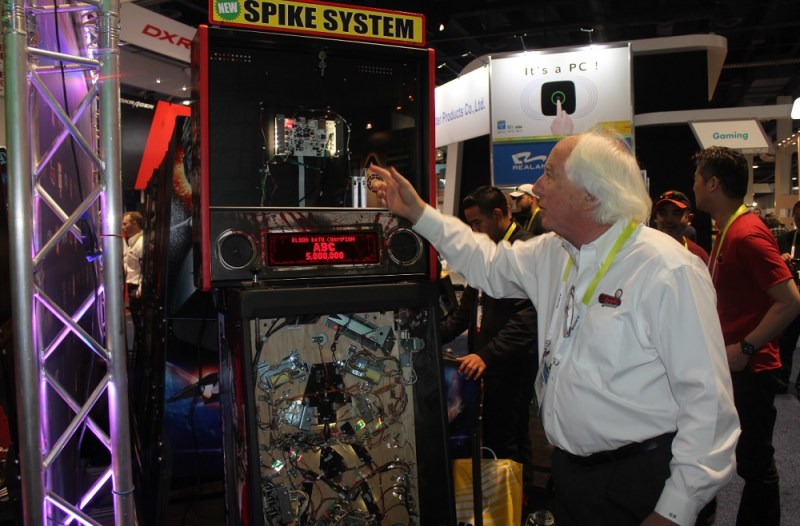 Above: Stern shows off the new Spike System pinball platform at CES 2015.

Check out our two-part interview with Stern below.